CB does a lot for its community, but many of us often forget the community right around us. As we enter the season of giving, many of us don’t think of giving back to the people near CB. Thankfully, the members of Lasallian Youth take it upon themselves to give back to the children at […] 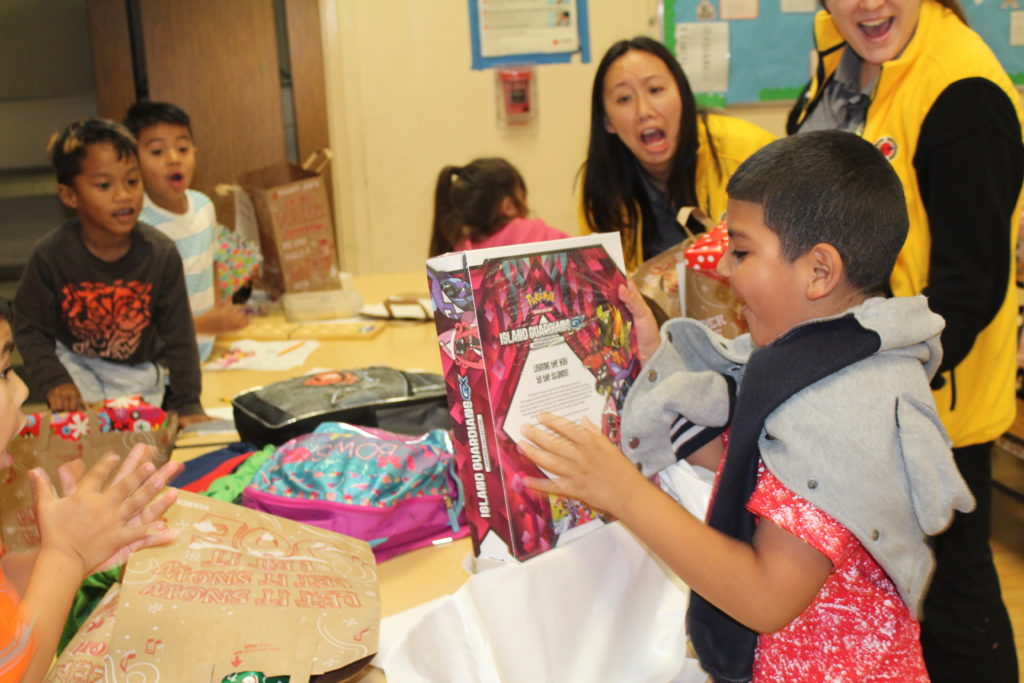 CB does a lot for its community, but many of us often forget the community right around us. As we enter the season of giving, many of us don’t think of giving back to the people near CB. Thankfully, the members of Lasallian Youth take it upon themselves to give back to the children at Oak Ridge Elementary School right next door. Every year, the students of Lasallian Youth host a toy drive to gather gifts for children. 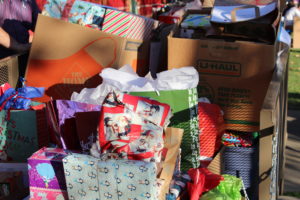 CB students donated more than 125 gifts this year.“It’s been going on for at least 20 years,” said Mr. Julian Elorduy ‘03, who runs the club, “not always with Oak Ridge but at some school.”

“It’s a tradition, the big thing our club does other than tutoring,” said Emma Talley (‘19), the club’s student leader.

So how was it started? Funnily enough, no one can really say for certain, though the club leaders know why it has continued all these years

Most of us take Christmas gifts for granted, but sadly for many of these kids that’s not always the case. And very few are able to feel the true Christmas spirit at home. So the Lasallian Youth members take it upon themselves to cover the distance. This year, they were responsible for more gifts than ever before 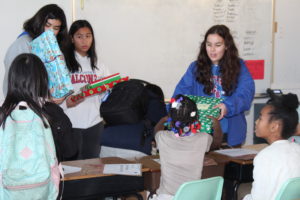 “Last year it was 75 students, but this year we have about 125 students to match a gift for,” said Mr. Elorduy, “Sometimes it’s first through fourth, and now it’s all of them through sixth grade”

Thankfully, the students at CB were up to the task.

“In the first hour of collecting signatures we reached our goal from last year,” said Emma, “We were down to the last five students but we got everyone in the end. It was amazing how many people signed up when we said that there were 14 people who wouldn’t be getting gifts.”

And for most CB students, giving a gift is where the process ends. But for the people in Lasallian Youth, that is just the start.

“This year we had a handful of students involved in wrapping gifts, sorting gifts between classes, and making sure gifts are appropriate,” said Mr. Elorduy.

Many of the presents brought in are unlabeled, unwrapped, or are even unsuitable for the person they’re given to. To fix these problems, the members of Lasallian Youth spend hours during break, lunch, and after school making everything perfect for the day of. By that time, every gift has been ensured to match with the students’ interests. So what do the students actually ask for?

Lasallian Youth actually has a difficult time figuring this out.

“There’s not a lot of structure — they lost a lot of teachers and there’s basically one woman doing the work of ten just to run the thing,” Emma says. “And a lot of kids are really inconsistent about showing up.”

In the past, the club has worked through these problems, but even that created some problems.

“Last year we asked them what they wanted,” said Emma, “but we had a lot of issues with kids not getting what they asked for.”

“This year we just asked for interests…and CB students can build off them and get more generic gifts. But it’s been annoying for gift givers because it hasn’t been really specific.” 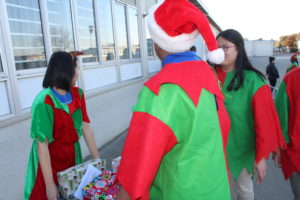 A group of CB elves help deliver gifts to a class.

As a whole, the students ask for gifts typical of a middle-schooler.

“They ask for anything from an Xbox to a Dodgers hat,” said Mr. Elorduy.

However, a surprising number of them ask for very different items.

“It was kind of shocking last year because I was expecting most of them to ask for toys, things like what I was into in second grade,” said Emma, “But a lot of them asked for school supplies or socks or clothes. “It’s sad that these kids have to ask for things we consider necessities for life”

The sad fact is that these students are living without many of the benefits we take for granted, which is all the more reason for the toy drive to be successful. While most CB students donate toys, a number also donate clothes, and Lasallian Youth as a whole tries to donate pencils and other supplies throughout the year.

After sorting through the gifts and ensuring every student will get one, the whole club takes them over to Oak Ridge, which is an ordeal of its own. 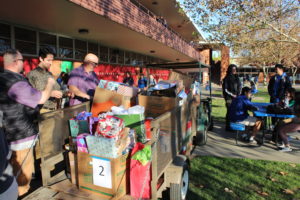 “With the help of the grounds crew we load the gifts into boxes, label the boxes based on the classes and put the boxes on a cart,” explained Mr. Elorduy. “But a label always falls off during transport.”

They also make sure to plan in case a gift goes missing, is broken, or a student simply doesn’t like it.

“We carry around some extra gifts in case something happens and there isn’t a gift for a student,” explained Mr. Elorduy, “We’ve always had extras, five or six gifts that would carry over from last year.”

When they get to the school, the club goes around classroom by classroom dropping off the gifts, but with a fun twist. 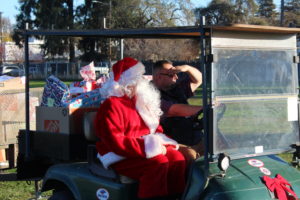 Emma rides into Oak Ridge on her “sleigh.”

“Somebody plays Santa Claus — That’s been me for the past few years,” explained Emma, “Most of the kids knew it was me, and that was disappointing, but I liked getting hugs and having some of the little kids think I was Santa.”

So how do the students react to the gifts? For most, it is the best time of their lives.

“They love it,” said Emma, “They are overwhelmingly so grateful and so excited. A lot were surprised someone would get them a gift.”

For many of the Oak Ridge students, the toy drive is a defining part of the their year.

“Pretty much all year long they ask about the toy drive,” explained Mr. Elorduy, “It’s something that sticks out to them. It seems even through the craziness we generate in the program it is appreciated by the students and the adults in the community.” 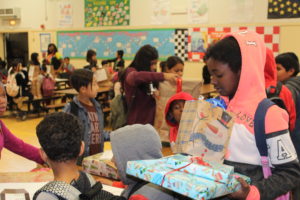 Many Oak Ridge students are surprised to receive gifts.

One of the defining parts of the toy drive is the unique and creative gifts given by CB students. This year, Mr. Elorduy had a few favorites.

“Someone brought in a pocket waffle maker that works off a USB,” he said, “Another clever gift was a mini-drone.”

But Emma’s favorite gift was the one she was able to give.

“Lucas and Jaylen, fifth grade twins, wanted Christian Brothers sweaters,” she giddily explained, “I went to the clothes closet and picked out two of the smallest sweaters and they were still giant on them. They were so excited that they had mentioned it in passing a month ago and I had followed through.”

This year, thanks to the donations of CB students, the toy drive was yet another massive success. For next year, the members of Lasallian youth hope to have the same success, albeit with less chaos. Everyone though is simply happy to have helped give gifts to those who otherwise would likely have nothing.