When The Brothers Lived On Campus

Everyone is fully aware of Christian Brothers’ Lasallian tradition and history. For many students, school is the only place they are exposed to the religious values and teachings on which this school is built. While CB does its best to keep the religious spirit alive on campus through liturgies, prayer services, and even our daily […] 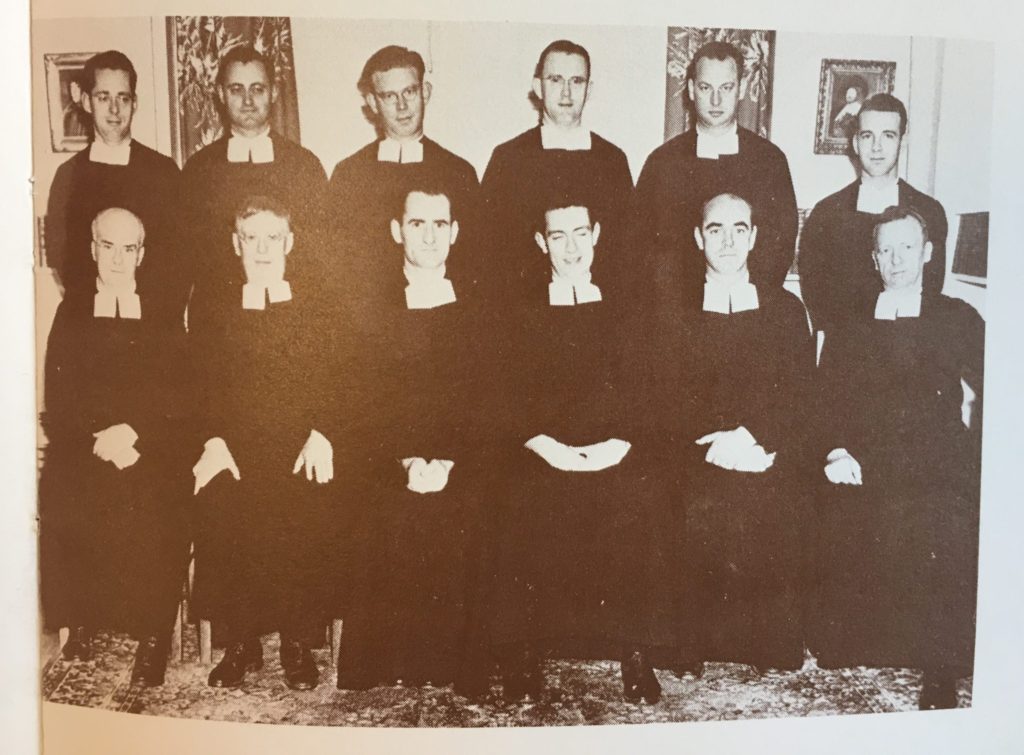 Everyone is fully aware of Christian Brothers’ Lasallian tradition and history. For many students, school is the only place they are exposed to the religious values and teachings on which this school is built. While CB does its best to keep the religious spirit alive on campus through liturgies, prayer services, and even our daily prayers in class, one key aspect of the school’s Lasallian identity is missing.

From when Christian Brothers was founded in 1876 up until around 2011, a community of Brothers lived on campus and dedicated their lives to their religion and educating the students of Sacramento. The Brothers spent many generations at this school teaching and giving back to the people in this city and ran this school with the key values of their Lasallian mission. Many of our current teachers remember the time the Brothers spent on campus.

Mr. Tomas Capogreco ‘86 and Mr. Paul Havey ‘81 both had the opportunity to work with the Brothers as students and as teachers while Mr. Tom English and Ms. Marian Shackel worked alongside the Brothers as their colleagues for many years.

The Brothers did not just have the opportunity of being religious figures on campus — they ran and were involved in every aspect of the school.

Two of CB’s Brothers, including Brother Bertram, the namesake of Bertram Hall.

“Back then they had a lot of roles — Brother Richard was the principal, Brother Joe was the dean, they were teachers, they were coaches. They had administrative, teaching, and office worker roles — they were all over the place,” Cap said.

“One thing I absolutely loved when the Brothers were here was that they were always around,” Ms. Shackel added.

The Brothers influenced the religious environment on CB’s campus by living out their mission. Their religious values and life could be felt by the students and faculty throughout the school. Every day in our prayer, we all say that we are in the holy presence of God, and when the Brothers were on campus Ms. Shackel, said that they “had a physical reminder of that [prayer].”

“When you see an example of faith and people living it out, it becomes more of a reality than people just talking about it,” Mr. Havey added. “They were solid examples of faith.”

“They were there to serve as role models and that would include their faith life,” Mr. English observed. “But it also included being a decent human being and the right behavior, the right attitudes.”

Since the Brothers were seen as a physical reminder of CB’s faith environment, there is a misconception that they are separate from the lay teachers or staff on campus.

“Aside from the fact that they are a symbol of our Lasallian heritage and charism because they have dedicated their lives to this mission, they are no different than any other person,” Cap added.

In fact, the personal relationships and the experiences that these teachers had with the Brothers enriched life on campus. It was not just about living and teaching about the religious way of life, but they created a community at CB. Ms. Shackel worked in a few religious schools before CB and found many differences between those Brothers and the Christian Brothers.

“One of the biggest differences I found was this whole concept of being like an older brother to students and how important relationships and building relationships is,” she said.

“They cared that you were a part of their community and that they had a relationship with you,” Mr. English added. “The students saw them all the time, and so I think that caused them to feel close with [the Brothers] because they are there for the students — that’s their purpose.”

“Just listening to their stories, having chats with them, they always seemed to be around and able to [talk]. Those story exchanges, I really liked,” Ms. Shackel reminisced of her time with her colleagues. “In a way as a lay teacher, it gave me a sense of purpose, like one of the things we talk about in the Christian Brothers charism is this idea of together by association, that we are all a part of this great endeavor.”

As a student, Mr. Havey “held them up in honor and sometimes a little bit of fear, but there was definitely respect and reverence for who they were and their position, but also their commitment to faith.” As a teacher who worked alongside the Brothers, he found that he “could have adult conversations [with them], they would share struggles with me, they would talk about life in general.”

While the overall group of Brothers provided great personal experiences, a couple of specific Brothers had a lasting impact on Mr. Cap and Mr. English.

“Brother Martin really helped me out a lot. He was a good role model for me, a confidant,” Cap says. “I talked with him a lot about different issues I had — he’s one of the reasons I was able to get into college. I wasn’t even planning on going to college and he was the one to convince me to go.” 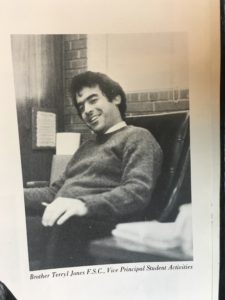 “My first year I was assigned a Brother, [Brother Terryl],” Mr. English recalled. “Basically, his job was to help me acclimate to the school and the Brothers’ philosophy, so I was talking to him all the time…[he] was my guide, and when I didn’t understand things or I was losing it, he was right there to talk to me and

get me to see things the way it was supposed to be seen.”

The Brothers created a community here at CB and wanted to be a part of student’s lives and were there to help and guide the teachers along their journey. They were able to foster this environment by always being present, so they lived on campus in the building behind what is now the counseling center. The Brothers welcomed the faculty and students into their home by hosting dinners and small parties for the community.

“As a young teacher, I remember we would go and have dinner over there sometimes. They’d have poker nights and break out the drinks and food and sometimes we would be up there until well after midnight hanging out. It was always open after every dance when the dances ended at 11, we would have after parties over there,” Cap said. “They loved having us and it was a lot of fun.” 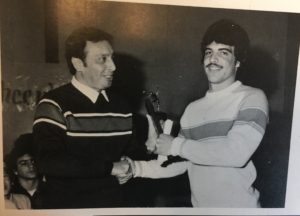 Mr. Havey and Brother Jerome on his 25th anniversary of his religious commitment.

“As a senior, I used to sneak over there and grab a soda,” Mr. Havey laughed. On a more serious note, he mentioned how students witnessed how they lived a religious life. “You saw their prayer life. They made this commitment as a community that they would pray three times a day, and they allowed some of the students to be a part of that.”

The Brothers living on the property reassured Ms. Shackel that she was never alone on campus. “I always knew that if I was coming on campus at an odd hour, like on a Saturday or Sunday, the Brothers were always there.”

However, as the number of Brothers dwindled throughout the years, the decision was made for them to leave our school so they could live in a bigger community of Brothers. There were only three Brothers remaining the last year they spent here, and since then, our school has been run by lay faculty and staff. Without the Brothers, we lose an important presence and aspect of the school’s identity.

“I think it was much more rich having them here because we had those people on campus that were connected to our founder, connected to our charism firsthand,” Cap said. “I definitely think they are missed. There is a void without them here, just seeing them around campus reminded us constantly of who we were.”

“I can remember very clearly the moment the decision was made that the Brothers would leave,” Ms. Shackel added. “I felt this terrible sense of mourning that they weren’t going to be on campus anymore.”

“It would be great to have the Brothers back on campus, but the reality is there is just not even close to enough [Brothers],” Mr. English said.

The Brothers were able to teach the students and the faculty important lessons of building relationships and creating a truly inclusive environment. It is our job to remember all that the Brothers brought to this school and how we can live out their message every day.

“[The students now] need to realize that what [the Brothers] established is still alive,” Mr. English stated.

“They gave me a really strong sense of community and [taught] that maybe community should be at the heart of everything,” Ms. Shackel smiled. 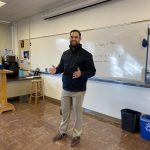 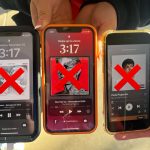 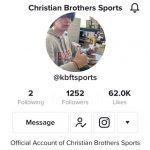