(illustration by Joaquin Romero) It’s dark. Quiet. Peaceful. Then— Beep! Beep! The loud buzz of the alarm clock shatters the silence, unrelenting, no matter how much I wish to sleep. For many high schoolers, constant fatigue seems to just be part of life. With nearly 75% of teenagers not getting enough sleep, the California legislature […] 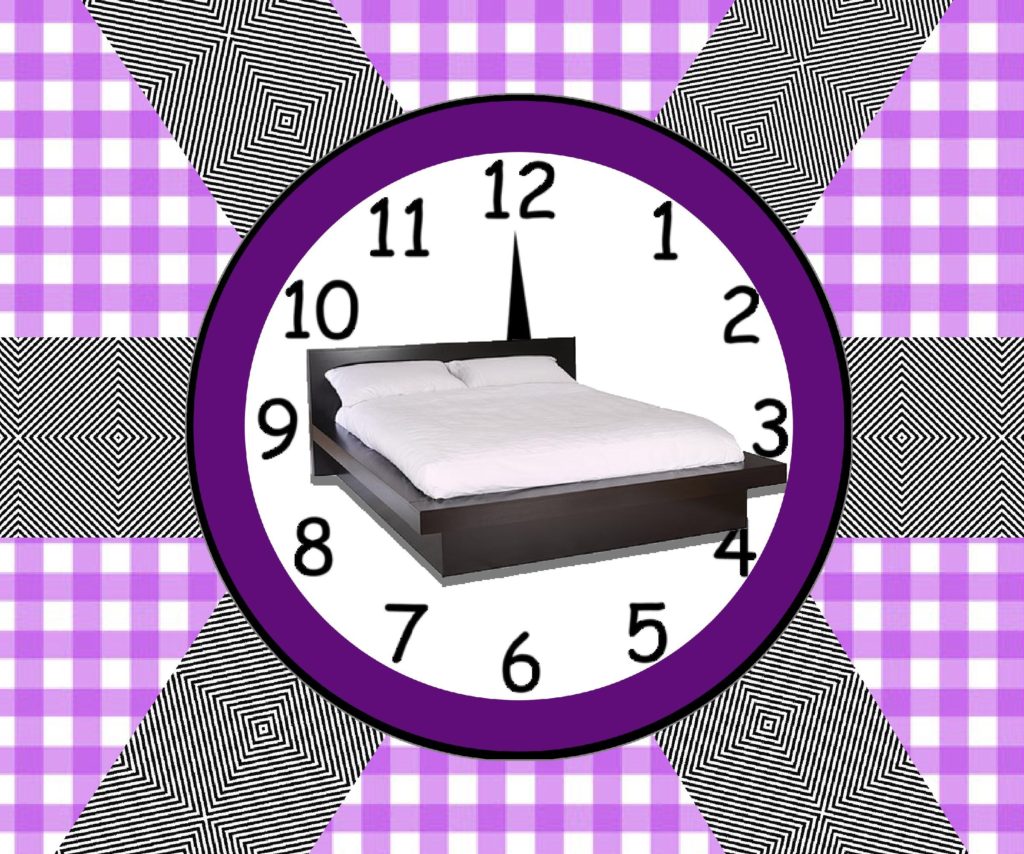 It’s dark. Quiet. Peaceful. Then— Beep! Beep! The loud buzz of the alarm clock shatters the silence, unrelenting, no matter how much I wish to sleep.

For many high schoolers, constant fatigue seems to just be part of life. With nearly 75% of teenagers not getting enough sleep, the California legislature ponders whether to take action.

Governor Jerry Brown recently received a bill approved by the California Legislature that would require public and charter middle and high schools to start at or after 8:30 AM. Considerable research supports claims that students perform better when they get sufficient sleep.

The general agreement is that teenagers need about eight to ten hours of sleep a night, but their natural circadian rhythm shifts during adolescence, making it difficult for them to get enough sleep. There are so many negative side effects of insufficient sleep, from mental health issues to eating disorders.

However, students would not be the only ones affected by later starts. Opponents argue about the high costs of changing bus schedules, renegotiating teachers’ contracts, and parents’ struggles to get their kids to school since they may have to go to work earlier. Some parents, especially lower-income ones, may still have to drop their kids off at the same time, which may result in leaving children unattended or the creation of morning care. The opposition wants this decision to be left up to local districts.

As a private high school, Christian Brothers would not be obligated to change their start times, but that does not mean it could never happen here.

CB Wellness Counselor Mrs. Emily McDougall explains that “it’s biologically natural for teens to get sleepy later in the day” and if teens fall asleep around 11 PM and have to wake up before 7 AM because school starts at 8, they can’t get enough sleep.

“Let’s say if school were able to start at 9 or 10, that would leave space for the natural sleep pattern of the teen, and they’d be able to get enough rest, but that would also include that the teen is being mindful and responsible with that time too,” Mrs. McDougall says.

Of course, teenagers still need to be responsible with their time. If school did start later, that does not mean they should stay up later. It is up to students to make sure we take care of ourselves.

On average, CB students seem to get about six hours of sleep a night, two hours less than the minimum recommendation. Some days students just have so much homework combined with other activities that they just don’t have enough time to finish everything. But students do admit that lack of sleep can be their fault, especially when they procrastinate.

“The cause for lack of sleep is sleep deprivation,” Sinead Cahill (’20) reasons. This seems illogical, but she explains how when you get home, you’re tired, and you end up napping because you can’t focus or work anymore. You start and finish your homework much later, so you don’t go to sleep much later and are exhausted the next day.

Despite supporting later start times, Mrs. McDougall acknowledges the logistical challenges that changing the schedule would create, but suggests school could start later but still end at the same time if the administration adjusted the holiday schedule to compensate for the lost hours of class time.

Most students support the idea of starting later at 8:30 or 9 AM, saying it would be very beneficial. Many say they’re barely awake in A Set, so they do not learn as much, but by 9, they’re fine. Even 30 minutes could make a big impact.

However, there is disagreement about how to add the extra time. Some strongly oppose losing days of break, saying they’d prefer to end the school day later around 3:30, although it could disrupt extracurricular activities. Shifting everything back may not help them get more sleep, but it could still be helpful since they’re more awake later in the morning.

Mary Melarkey (’20) suggests having a short study hall first period instead of changing start times to “allow our brains to wake up a little.” Our brains aren’t fully awake until about three hours after waking up, so this would be a productive way to maximize focus and attention in later classes. It would also help alleviate some stress if students knew they would have some time to finish assignments or study a little more before classes.

But could these changes ever really happen here at CB? Mrs. McDougall thinks they could.

“Our school really honors the responsibility of taking care of the student as much as possible,” she says. If the administration thinks it would be in the best interests of the students and families, “we would be likely to make some adjustments.”

Regardless, students still need to take responsibility for their personal wellbeing. The counselor cautions students against sacrificing self-care.

“As stressors mount as you get older, it’s more and more important to make sure that you try to stay as balanced as possible and that includes eating right, getting enough sleep, taking time to rest, exercising, all those different things that are part of making sure that were functioning to the best of our ability. Because without that, we start to notice challenges in just the way we’re able to function throughout the day.”

But since students have so much else on their plates, self-care has become increasingly neglected. Most CB students hope to succeed in school and get into the best college they can, but as college expectations rise, students are left juggling challenging academic work, a multitude of extracurriculars, volunteer work, and more, while still maintaining an active social life. It can be hard not to over exert.

Jacey Greco (’20) is one student with a very busy schedule: she plays softball at CB and an outside team, participates in the after school jazz band, plays the trumpet, and performs in the band at CB sports games. She is also part of the fall musical and is co-president of two clubs in addition to being in all the most rigorous classes at CB.

“Everything I’m doing I’m fully passionate about,” she says. “If you aren’t fully loving what you’re doing, then you shouldn’t be wasting your time with it.”

She admits her extensive activity schedule has left her with an irregular sleep schedule, getting anywhere from one to two hours of sleep to ten to twelve hours a night.

Jacey thinks starting school later would help, explaining how when she gets home, she’s so exhausted, she goes to sleep shortly after and then wakes up early to do her homework in the morning.

However, the question of where to add in the extra time continues to be a problem. As an athlete, Jacey says school going an extra half-hour interferes with sports, since there is a limited amount of time for after school sport, and other activities. Ultimately, she thinks adjusting the holiday schedule would be better.

“There’s just so much students are asked to do with only a limited amount of time to do it,” Mrs. McDougall explains. Getting enough sleep should be a priority, but many students, myself included, feel so overwhelmed and pressured to do all this that sleep time is constantly sacrificed.

Mrs. McDougall encourages students to not take on too much.

“Sometimes you have to say ‘I can’t do that right now because I don’t have the time to do it well and to take of myself.’”

There’s no point in working so hard that you burn yourself out and can’t enjoy your accomplishments. Regardless of whether CB changes its schedule or not, make time to take care of yourself.