You are here: Home \ Community \ Featured Posts \ A New Approach To Grading
Community
0

A New Approach To Grading

Grades, grades, grades. The word haunts us as high school students, keeping us up at night and leaving us to pull our hair out. We already deal with the constant nagging of parents, the high stress level we burden ourselves with, and the constant reminder from everyone around us that without the high grades and […] 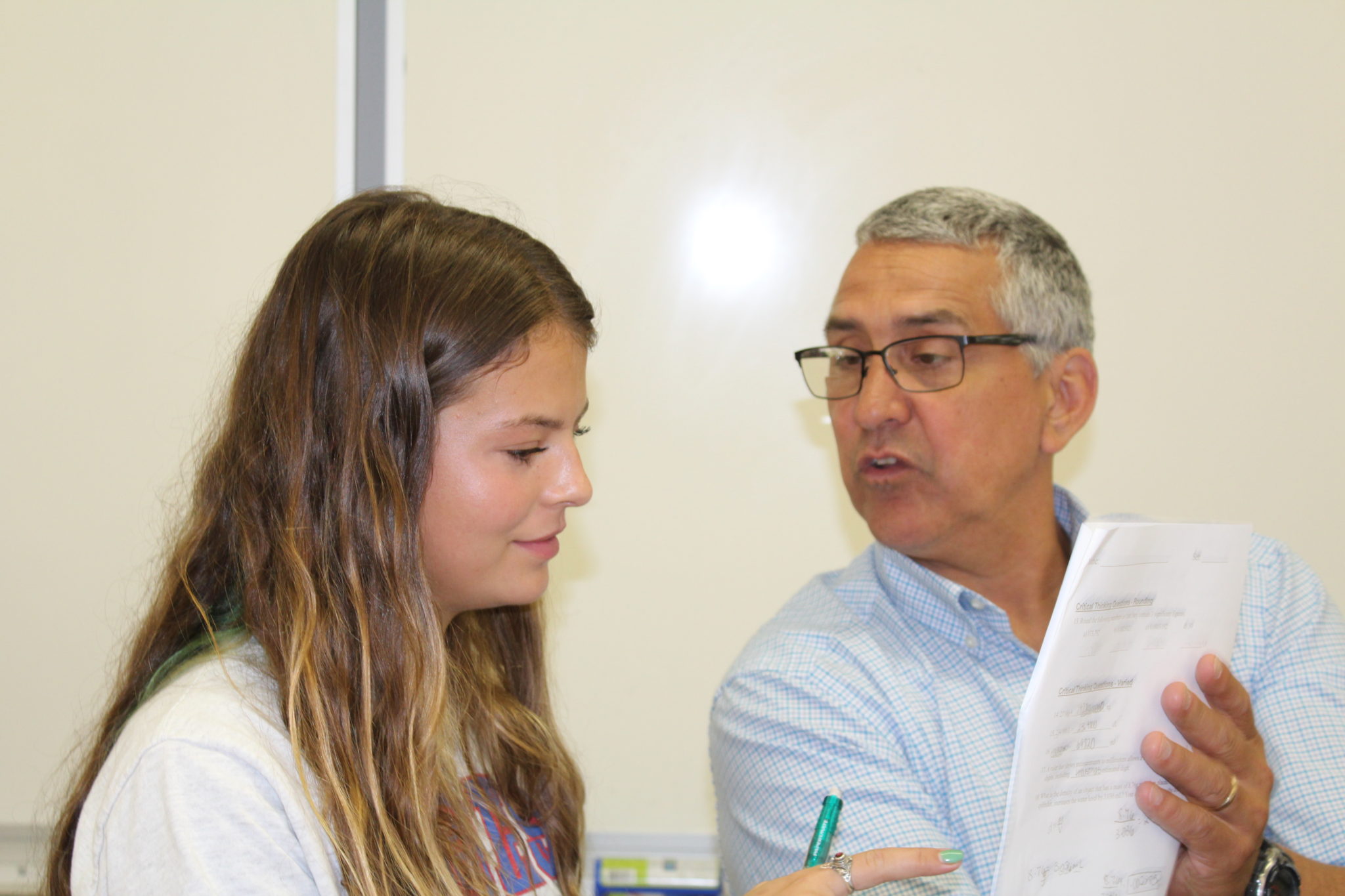 Grades, grades, grades. The word haunts us as high school students, keeping us up at night and leaving us to pull our hair out. We already deal with the constant nagging of parents, the high stress level we burden ourselves with, and the constant reminder from everyone around us that without the high grades and GPA, there is no college.

But what would life be without the pressure of grades?

Mr. Danny Delgado (’79) a beloved science teacher of the CB community has decided to counter the antiquated grading system. After 32 years of teaching, Delgado says the change was necessary, as seeing students not understand the criteria and focus more on their final grade was not benefiting them in the long run.

“I was doing most of the work for students, and all they wanted was a sort of recipe, to get the grade and pass the class.” Delgado stated. He explains how he would hand back papers that he spent his whole weekends grading and commenting on, and how students would only look at the grade and then throw away the paper or shove it in their backpacks.

Mr. Delgado questioned why was he straining students on tests and assignment grades. He was tired of the disinterest his students showed in his classes, and he wanted a system that would motivate his students and himself to care about school and the criteria. The only way to stop the epidemic was to take away the stress of grades all together. The new grading system reduces student stress and allows the student to take their time to grasp the information without the worry of falling behind or failing the class.

“Its not all that different, the one difference is instead of giving grades, I work with the students on assessments, press self-assessments and peer [assessment] and then give feedback.”

At the end of the day, three people (the teacher, students, and peers) make the determination of what the final grade will be. The biggest change is that students will now be welcome to as many re-takes and re-doing of assignments for a better grade, as long as they can explain what they did differently and what they learned.

Don’t believe this grade grading system can actually benefit students positively? The Talon asked some of Mr. Delgado’s students to get a full perspective on what they think the new system will bring them this year.

Patrick Pierson (’20) describes Mr. Delgado’s new system as interesting and unequaled to his other classes. The Talon asked why he thought Mr. Delgado would change his grading system after his many years of teaching, he responded simply stating that it’s “probably because it’s Delgado — he likes to switch things up, bringing a new wave of teaching is just the thing he would do.”

Patrick explained that because students will be offered more time to grasp the criteria from the class, their grade will not be a reflection of how they did in the class. Instead it will be based on how much hard work and effort they put in to understand, and take away the classes purpose to pass. The only concern from Patrick was differentiating the class from his others.

“I’m going to have to approach it differently,” he states. He clarifies by justifying that unlike his chemistry classes, all other six classes still push the cemented grade policy. The switch from the new system to classic classes will be difficult because up until this time, all classes have been based on the grades.

Katie Phipps (’20)  adds that she is excited to try a new grading system, but knows it might be tough for her to not look for a grade on a test or assignment from a teacher.

“I’m so used to looking at my papers for a final grade that can’t be changed, but now knowing I can retake tests, I know I have a second chance to pick up the information and get a better result.”

Katie explains that overall, the students taking the class will either love or hate the new system.

“Everyone has a preference, and being raised on grades might make the new change very hard for students,” the junior says.

The new, exciting system will bring new ideas of how students should view school.

“I want students to understand and learn the criteria, but also understand themselves as learners,” Mr. Delgado says.

Mr. Delgado wants students to take away the information from his classes, but also be able to create there own success and own it. Students have for too long defined themselves as their grade, and the system will help them change their point of views and understand that they are more than their GPA.