Is Gentrification Taking Over Oak Park?

It’s 7:40am and I’m running late, as usual. I live in the Pocket, so depending on traffic, it typically takes me about 15-25 minutes to get to CB. But I’m not going to CB this morning. I’m heading to the Women’s Wellspring Center on 4th Avenue to squeeze in some extra service hours before the start […] 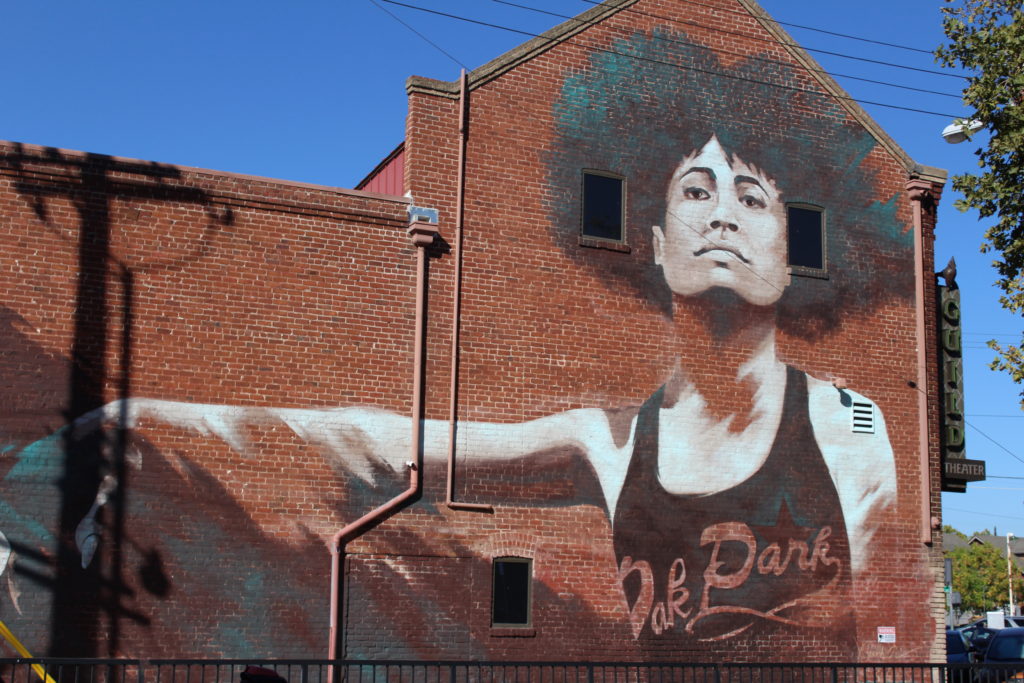 It’s 7:40am and I’m running late, as usual. I live in the Pocket, so depending on traffic, it typically takes me about 15-25 minutes to get to CB. But I’m not going to CB this morning.

I’m heading to the Women’s Wellspring Center on 4th Avenue to squeeze in some extra service hours before the start of my senior year. I punch into my phone Wellspring’s address and take the quickest route Maps tells me. I take I-5 North, hop on 50 East and get off on 34th Street. 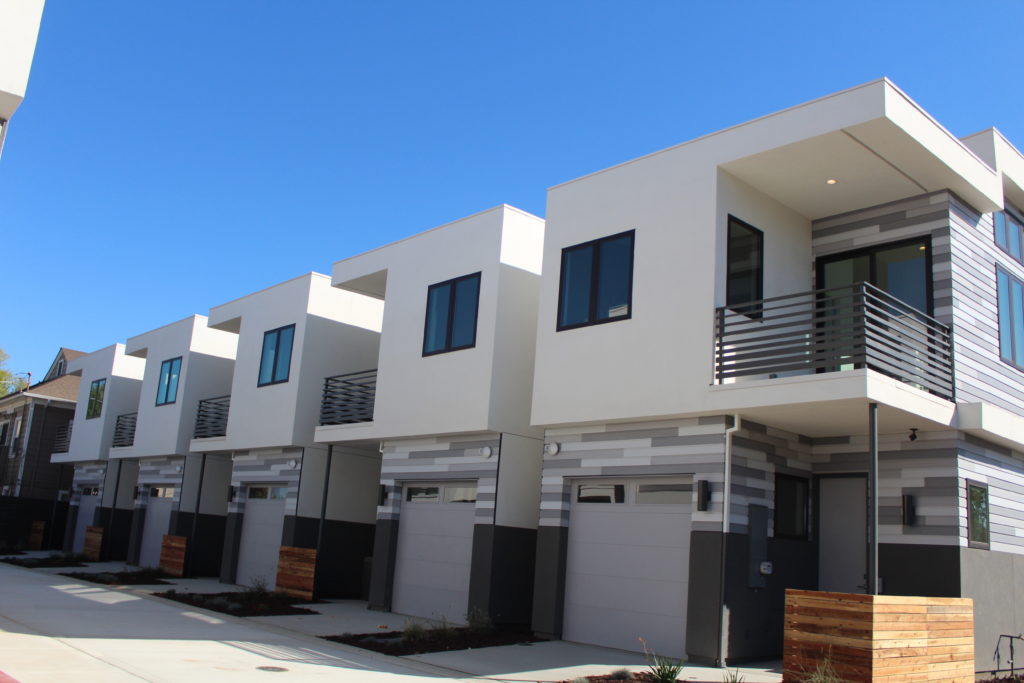 I’m stopped at the light at the intersection of 34th and Broadway. It’s 7:58 AM and I’m freaking out because I don’t like being late. I notice to the left of me new condo (maybe apartments?) buildings that I would not expect to see in Oak Park. The light eventually turns green and I make it the Wellspring precisely at 8 AM.

My four hour shift ends and I drive back home, passing those same condos. How can Oak Park have such nice housing units while also being home to some of the most disadvantaged families in Sacramento?

My regular commute to CB takes me through South Oak Park. I cut through the neighborhood to avoid the chaos that is MLK Jr. Boulevard before and after school. Most of the houses are dilapidated and the streets are littered with old furniture, thrown out clothes, and whatever garage needs to be disposed of. Years of my personal experience seared into my mind a stigma of Oak Park as a low income, high crime neighborhood. But that monolithic perception is not true and much of the community is changing.

As the Golden One Center, Lady Bird, and new developments bring national attention to Sacramento, more people are moving in. In fact, Sacramento is the fastest growing city in California and now has over 500,000 residents. But with our expanding population come withdrawals, one of which being our dwindling supply of housing units.

Growing populations and limited numbers of houses are driving prices up. The average house in the US is worth $184,700. Sacramento’s are worth $259,400. People looking to find alternatives to Sacramento’s increasing home prices and traffic problems are turning to Oak Park. It is a prime location because houses are cheap and the downtown commute is short.

As more people move in, the neighborhood has undergone a transformation with a new look and a new feeling. Mrs. Jennifer Lystrup, who has been teaching at CB for 18 years, has seen the change for herself.

“You have these little restaurants, boutiques, and coffee shops popping up in the area. Most of the change has been in the last four or five years.”

Coffee shops and restaurants sound great for the community as more money is put into area, but long-time residents are feeling the impact.

Money funneled into new shops and stores raise housing prices. Landlords begin to raise monthly rental rates and evictions become commonplace. Long-time residents are being squeezed out of the area. 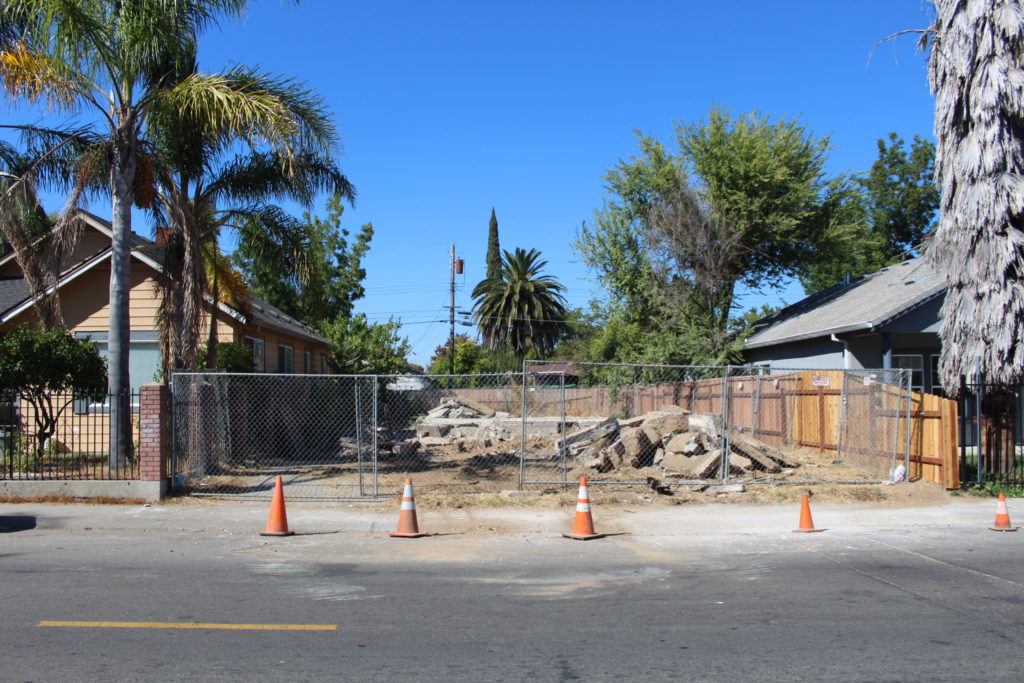 A torn down house near the corner of 21st Ave and 34th St.

Gentrification is the process where lower class families are pressured (and often forced) to leave their neighborhood as influxes of high end stores and upper/middle class people drive up the cost of living. Oak Park has been gentrified in recent years and it is hitting Northern Oak Park near Broadway the hardest. Where long-standing residents houses once stood, expensive apartments and trendy businesses take hold.

“People who have lived in this neighborhood for a very long time are now being approached and asked to sell their property and, for whatever reasons, some of them do, and oftentimes they don’t get what their property is turned around and resold for,” Mrs. Lystrup told me. “Housing in Sacramento is pretty expensive anyway, so what ends up happening is that gentrification displaces people and maybe puts them in a more difficult situation.”

Gentrification may make Oak Park look nicer, but it strips disadvantaged people of their once affordable houses.

Not only are there economic pressures that cause people to leave, but a shifting community culture can leave some long-standing Oak Park residents unsettled.

Mrs. Lystrup has been to community meetings in Oak Park and hears that “individuals who have lived here for a long time feel a little out of place going into these new businesses around because they don’t feel like they are a part of that community anymore.”

“As you walk in Oak Park, you begin to realize people’s needs aren’t being met,” the religious studies teacher says. “I’m so thankful for the Sac Food Bank because they do so much good for the community. But at the same time, there is no reason there can’t be a nice grocery store that is central to everyone and also provide jobs. There are all these things that are necessary for Oak Park, but now these individuals are being pushed out and so those needs aren’t being addressed.” 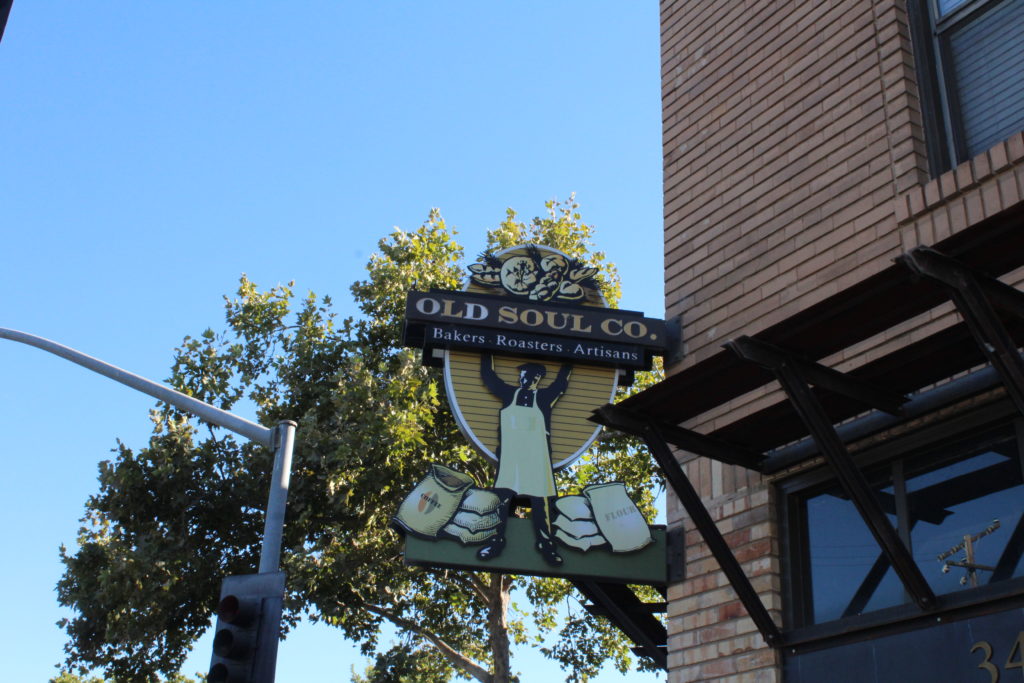 Old Soul Cafe, a popular spot for many CB students.

Evi Tsiopos (‘19) lived in Greece for most of her life, but moved to Oak Park when her dad wanted her to have an “American education”.

“America was built on racism. Black people didn’t have rights at all and that was a way of keeping the wealthy people wealthy,” the senior says. “I think Oak Park mirrors this system of being trapped in poverty. People in Oak Park are living on the scraps of whatever they can get.”

Gentrification is not an isolated phenomenon — it is the product of our nation’s history. 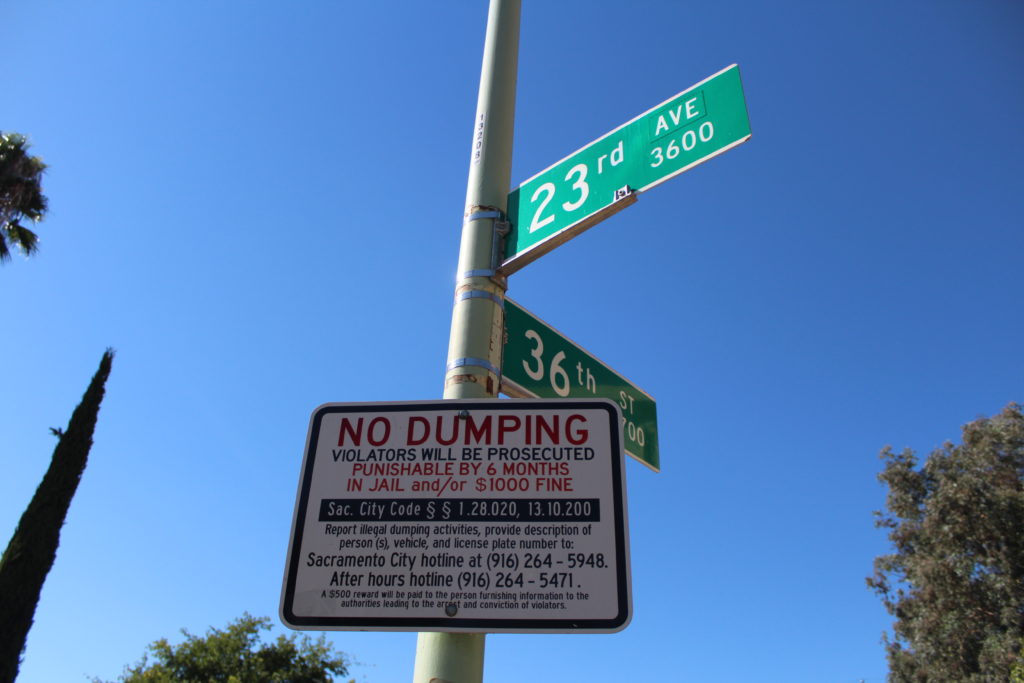 A “no dumping” sign at the corner of 23rd and 36th. Renters often leave unwanted items on the street when they move out of their house.

During the 1930s, the Great Depression was in full swing and People were unable to pay their home mortgages and banks foreclosed on their houses. President Franklin D. Roosevelt’s created a program called the Federal House Administration (FHA) under the New Deal.  The intention of the FHA was to increase home ownership, stabilize the housing market, and improve housing standards.

A practice known as “redlining” was used by the FHA to determine which neighborhoods were safe investments to give loans. Values of homes and safety of loans were in part calculated based on an areas racial and ethnic makeup. Redlining disproportionately hurt African-Americans communities. Between 1945 and 1959, African Americans received only 2% of all federally insured home loans.  Land Park and East Sacramento were distinguished as safe loan areas while more mixed race neighborhoods (including Oak Park) were marked as undesirable for loans. 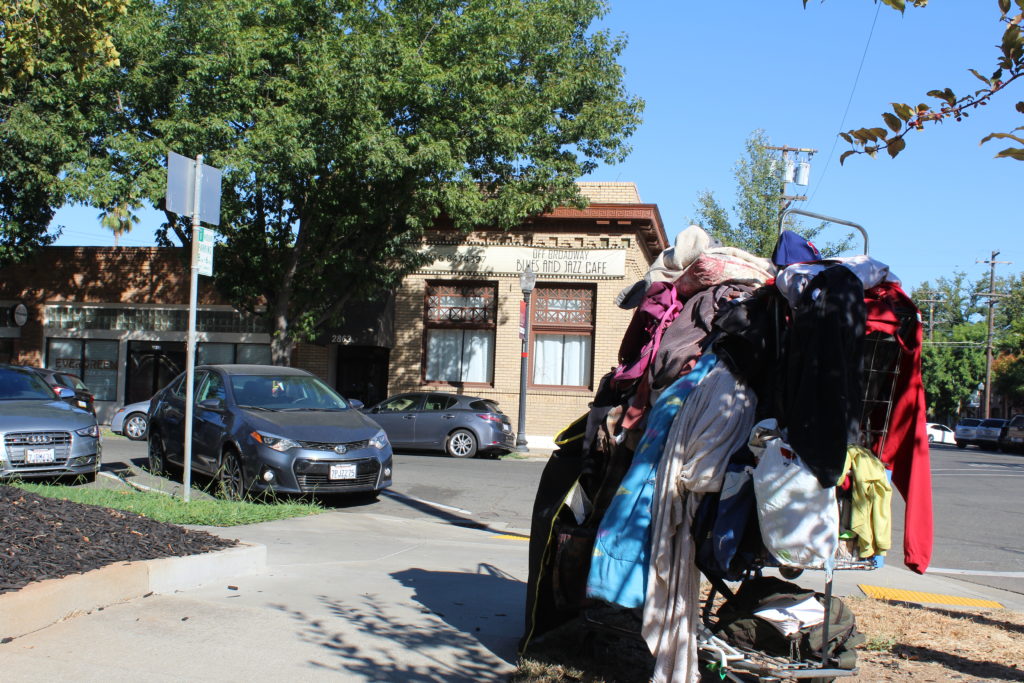 A cart on the corner of 35th and 4th Ave near businesses like The Plant Foundry, Underground Books, and Old Soul Cafe.

Discriminatory lending practices by the federal government were only made illegal 50 years ago, when redlining was outlawed in 1968 under the Fair Housing Act. These harmful practices may have ended, but their ramifications still linger as a recent study found that three out of four communities that were redlined 80 years ago are still struggling economically today.

In short, Oak Park residents were denied down payment assistance by the FHA. Therefore, many could not afford to purchase a home. They had to rent homes and thus never gained the equity they would have if they owned homes.

While most people acknowledge gentrification as a problem that needs to be “solved”, solutions vary widely.

Some advocate for rent control, a policy in which a city government artificially keeps rent low by placing a max amount on how much a landlord can charge. 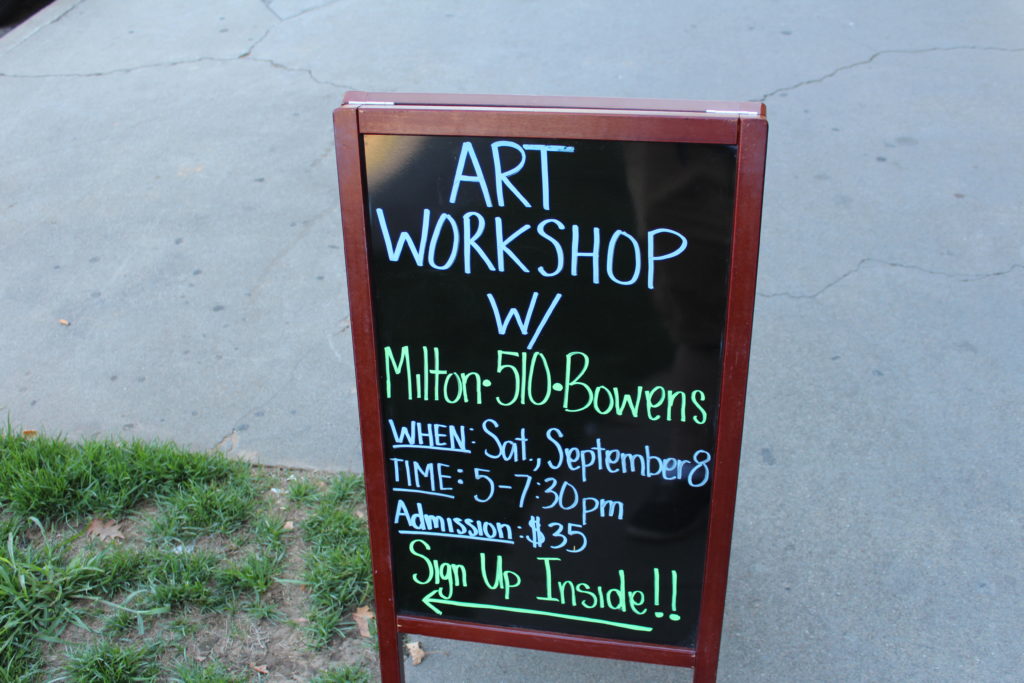 An art workshop for $35 near Old Soul cafe.

Another focal point in the battle against gentrification points to low wages, high healthcare cost, tight lending standards, and unequal educational opportunities as the root problem.

Some criticize the strict building standards of city and state government and believe looser regulations would allow developers to build more units to keep up with Sacramento’s population growth.

With all the fuss about gentrification many of you might be asking yourself “how does gentrification affect me?” But as Mrs. Lystrup puts it, “honesty, it doesn’t.” Unless you live in Oak Park, or a low income neighborhood, gentrification does not affect you.

I don’t have clear answers for how to “solve” gentrification. I do know, however, that gentrification will continue to affect our Oak Park neighbors. I also know that CB, and all of us, are part of the Oak Park community.

I’ve learned much about gentrification writing this article, but I am by no means an expert. But as a Lasallian, a future voter, and member of the Oak Park community, I believe I have some responsibility to understand the plight of the underprivileged. It’s one of our core principles as Lasallians to have concern for the poor and social justice.