You are here: Home \ Falcon Sports \ Featured Posts \ The Next Generation Of Falcons
Falcon Sports
0

The Next Generation Of Falcons

The Christian Brothers High School athletic department is very accomplished. But where do these star athletes come from? Some of them come from closer than you think, even from our own football field. The Jr. Falcons Football and Cheerleading program helps young athletes develop their abilities on and off the field. Nicole Delgado, Vice President […] 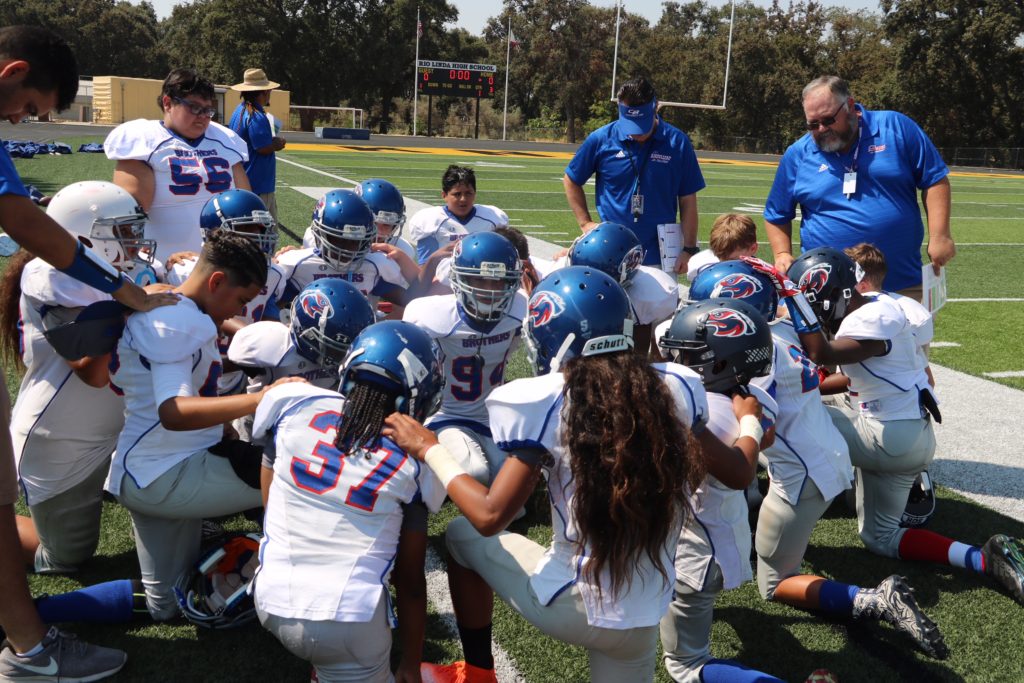 The Christian Brothers High School athletic department is very accomplished. But where do these star athletes come from? Some of them come from closer than you think, even from our own football field. The Jr. Falcons Football and Cheerleading program helps young athletes develop their abilities on and off the field. Nicole Delgado, Vice President of the organization, explains that this program is a reason why CB’s athletes succeed not just on the field, but off the field as well.

“The Jr. Falcon program is about building new friendships, building the skills and abilities they need to move through high school, learning life lessons and learning how to become a man from six years old till high school,” she says.

This program is near and dear to my heart because of how unique it is. I have been involved in this organization for five years as an athlete and a coach for Christian Brothers Jr. Falcon Cheerleading. Through my experiences as a coach and athlete and from watching my brother play football for the program, I have realized that the Christian Brothers Junior Falcons are like no other. These boys have grown up together and they don’t just play like a team — they play like true brothers.

Christian Brothers Junior Falcons is like one big family; it’s a place for alumni to return home and future Falcons to grow up in a nurturing environment, a home where these athletes learn what it means to be a teammate, leader, hard worker, but most importantly a friend.

Leadership is one of the many characteristics Jr. Falcons instills in its athletes.

“Jr. Falcons taught me how to be a leader because if there is no leader on a team, then there cannot be a team,” says William Littlejohn, a Jr. Midget Quarterback and Defensive End. 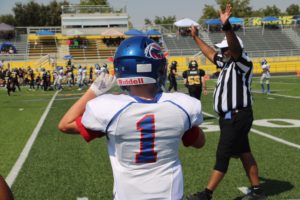 William Littlejohn gets ready for kickoff.

But for Varsity offensive and defensive lineman Cooper Laffan (‘19), the Jr. Falcons taught him more than just leadership.

“Jr. Falcons taught me how to be a football player and never give up and to always have perseverance,” the senior says.

Unlike other junior programs, the high school teams play a huge role in helping these athletes succeed. Cooper  mentions that the junior program helped provide a smooth entry to CB because they got to know the boys they would be playing with in high school.

Cooper stressed that the program was so great for him because “ the high school football team was super interactive and they came to all of our practices and games and helped us.”

Now as a high school athlete, he finds himself being a mentor to the younger athletes just like those before him had done.

“My dream is to go to CB, beat Jesuit, win a championship, get a scholarship to Oklahoma and then go to the NFL… and ball out.”

By being a part of the Junior Falcons, these young boys have learned skills like leadership and perseverance which make these Falcons dreams achievable.