You are here: Home \ Falcon Sports \ Featured Posts \ Will This Be Redemption Season?
Falcon Sports
0

Will This Be Redemption Season? 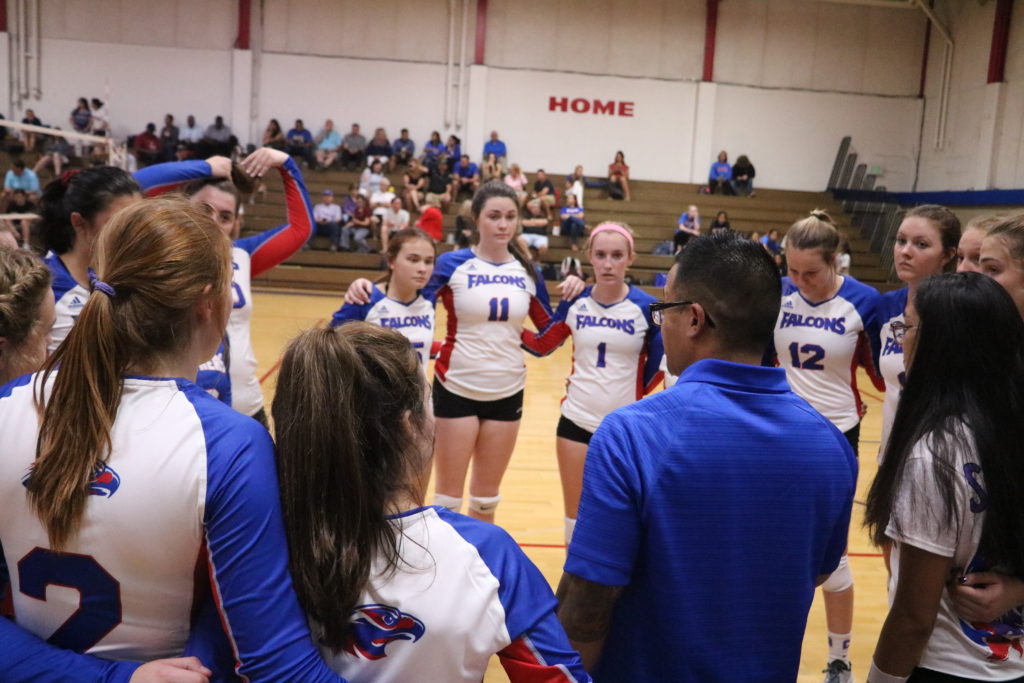 Holy Court. Quite possibly the most electrifying and captivating sports events to watch as part of the Christian Brothers community. Just imagine: the Saint Francis High School Troubadours have prevailed over the Christian Brothers High School Falcons by a narrow margin the first two sets of the match, just one set away from taking the win. You can see the fight, tenacity, and the undeniable desire to win in the Falcons eyes; fear and defeat is absent.

They step onto the court. It is a close two sets, but the Falcons pull out two wins and the score is tied at 2-2. Its a quick set to fifteen and if the Falcons can pull it off, they will be the 2016 Holy Court champs! Putting everything they have on the court, the Falcons beat the Troubadours and the Falcon Force and fans storm the court like a sea of blue. You feel like you are on top of the world and there is nothing that can bring you down!

This was two years ago, the last time we won Holy Court. Last season, the players were left with a sour taste in their mouths as they fell short 3-1 at Holy Court and had a disappointing end to the season when they lost in the semi-finals in the section tournament, the first time Christian Brothers did not make it to the section finals in at least six years.

With this humbling experience in the back of their minds, the Falcons are back and better than ever, ready to do whatever it takes to pull out a dub at Holy Court and claim another section banner. The Talon talked to head coach James Todd and co-captain veterans Sophia Overstreet (‘20) and Caty Cordano (‘19) to hear about the new team and how they are planning to tackle Holy Court and the rest of the season.

As any athlete knows, preparation and game planning is crucial to winning and competing in general. Going into the game, it is important to know how to be successful and educated on the opposing team, knowing who are their strongest links and how they play. Coach Todd takes this game-planning extremely seriously.

“That is something that I take a lot of time and effort into doing, game planning for each opponent,” Coach Todd began. “I take time to watch a lot of film making sure our teams are always well prepared when we step on the court.”

“Our strength is there is not just one great player. I think there is a plethora of really good players,” he added.

As always, pulling out a win at Holy Court will be no walk in the park due to the undoubtedly talented players Saint Francis has. When asked about who the team is keeping their eyes out for on the rival’s team, Sophia responded, “always Alexa Edwards. I’ve been hearing about that girl since like 6th grade. She’s committed to University of the Pacific and she’s really strong on the outside and is a smart player. They have another really good outside, Kathryn Kramer.”

But with a smile on her face, she added, “but nothing that we can’t handle.” 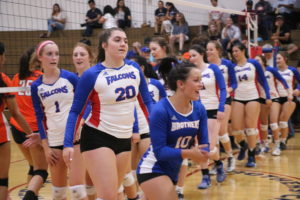 With this new season comes new players, including a lot of underclassmen, making this year’s team very different from previous teams.

“This team is a younger version of the team that I had here the first year, very young and talented. That team was a little more seasoned and had a lot more veterans, but talent-wise, this team matches up pound for pound with that team.”

Many people may see having a younger team opposed to an older team with more returning players as a negative thing, but Coach Todd disagrees.

“It brings a lot of energy and it makes coming to the gym a lot more fun because everybody is just eager to learn and eager to feed off of my knowledge.”

“My advice would be to be confident and don’t worry about making mistakes and focus more on making plays.”

This Holy Court proves to be bittersweet as it is the first time many underclassmen will be playing, but will also be the last time the seniors like Caty will play in it. As a veteran, Caty has learned a lot through her past experiences on varsity, especially concerning Holy Court and what it takes from her and the rest of the team to win.

“I’ve learned that the crowd is very intense and that it takes communication and teamwork to pull a win.”

Win or lose, this Christian Brothers Varsity Volleyball team proves to have a promising season with all of the talent and enthusiasm it brings to the court. I can smell the victory in the air already! 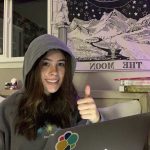