Boo! Oh sorry, I didn’t mean to scare you… But these ghosts might be trying to! Around 42% of Americans say they believe in ghosts — but do you? If not, maybe these stories will change your mind! I’ve always wondered if anyone from CB had any ghost stories, so I did some sleuthing and […] 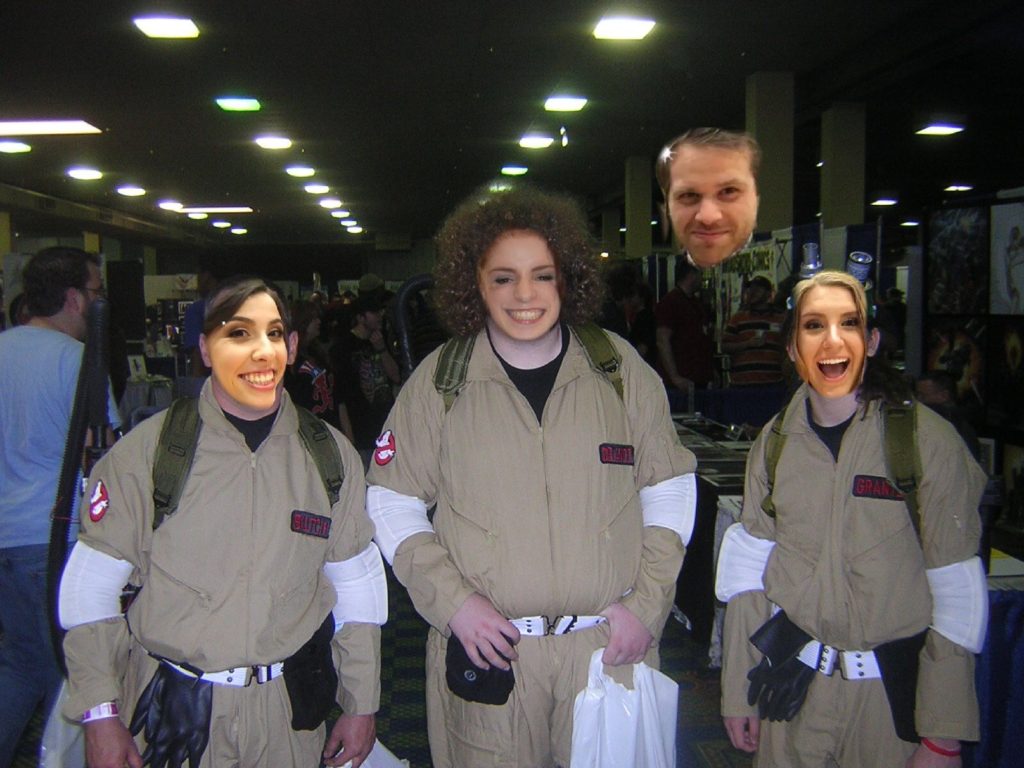 Boo! Oh sorry, I didn’t mean to scare you… But these ghosts might be trying to! Around 42% of Americans say they believe in ghosts — but do you?

If not, maybe these stories will change your mind! I’ve always wondered if anyone from CB had any ghost stories, so I did some sleuthing and got the low down from a few students who have some spooky stories — let’s see what some students had to say about their experiences with the other side.

Jules Fuhs (’18) had an interesting encounter in her kitchen one night.

“I’m sleeping, and I hear something and I wake up in the middle of the night. So I walk down to my kitchen, and my KitchenAid is on high — just out of nowhere! And I didn’t even think about it — I just went and turned it off, and went back to bed. When I woke up in the morning, I thought, ‘Wow, I wonder what set that off.'”

So what does Jules think it was? “Definitely a ghost.”

I asked her if anyone else heard it, but the answer was no: “There were six people in the house, and it only woke me up! My room is in the back of the house and [the kitchen] is in the front of the house.”

Even though Jules seemed excited about the encounter, she still said, “I’m very scared of ghosts, and I really think ghosts are real.”

But have any other spooky things happened since then?

“Another time, at [around midnight], I was watching TV and I went to the kitchen to go get food. The remote was just sitting on the couch, and all of a sudden, the volume just went all the way up — just out of nowhere! I was like, ‘you’re kidding right now!’ so I ran over and turned it off.”

She seemed uncomfortable as she recalled the situation. “I just went to bed after that,” she said nervously. 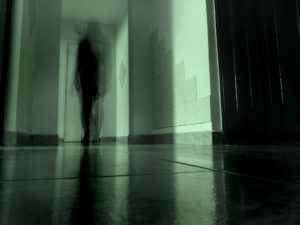 An artist’s rendition of Jules walking to her kitchen to check out the noise (image courtesy of Creative Commons).

On a scarier note, Emily Davis (’18) has had some really spine-chilling experiences.

“For about three years, there was a presence in my room — a very negative energy that I just felt for a really long time. After a while, we tried to bless the house, bless my room, and try to get it out, but it was still there.”

She continued on, adding, “We hired this lady to come in and exercise my room. She went around to each of the four corners and lit a [bundle] of sage. So she’s going around to each corner and she gets to the corner where it always has been. And [the fire] goes out when she puts [the sage] down. So she relights it, puts it down again, and it goes out again. Finally, I’m pleading with this spirit to go: ‘Please go, please go, I don’t want you here.’ And immediately I felt an emptiness in my room, and when she relit the sage and put it down again, it stayed lit, and it was gone.”

If this had happened to me, I would not have been able to sleep or hang out in my room. But Emily didn’t seem too bothered by it — even though it was negative, she seemed very calm. She even had another story to share…

“When I was in London for the first time, my mom and I took a trip to a small town called Bath. We were staying in an 18th-century, manor-type [of house]. That night, it was around 12:30 and I was laying in bed, fully awake, and I feel a male presence all of a sudden.

She paused for a second but continued on.

“I thought, ‘what is this?’ So I start talking to it. ‘Knock once for male, knock twice for female.’ And it knocked once. And so I kept asking it a few more questions, but eventually I fell asleep. The next morning, we’re out [front] waiting for a taxi, and there’s this old lady and her family is following her. And she says, ‘Oh, my gosh! This place has a ghost, it’s haunted!’ And so we asked her, ‘How do you know?’ She said that she saw ghosts and that she talked to the lady who lived there [who] said that sometime in the 1800’s, the son [who lived there] killed the father for money, and it’s said that the father haunts the place.”

I think most people would be really freaked out if this happened to them, but Emily is “not necessarily” scared of ghosts.

“I’ve had so many experiences with [them]. At first, it’s like, ‘oh what’s happening, why are you here?!’ But I’ve had many other experiences where it felt like they were protecting me from something.”

And as for the negative energy?

“It felt like it was protecting me, and I felt bad when I asked it to leave. Even though it felt negative, I knew it would never hurt me. I think it depends on the person, and the spirit.”

I asked if Emily thought she had some connection to spirits and ghosts or if it seemed weird.

“I’ve had too many experiences for it to be just a fluke, so I’m thinking that there’s something about me, maybe it’s how I was raised — I grew up around a lot of older people, I was really close to my grandparents when I was really little — and so that along with my faith kind of opened me up to that.”

If this intrigues you at all, maybe try and get a ghost BFF — but be careful, because they might get too clingy!