(Image courtesy of Creative Commons) Fear. Anxiety. Shivering in cold. Those are just some of the words used to describe the  experience of senior Alia Ortiz (’18) as she waits to start her two-mile swim to the shore of San Francisco. She is waiting on a tiny island just outside of the city. You may have heard […] 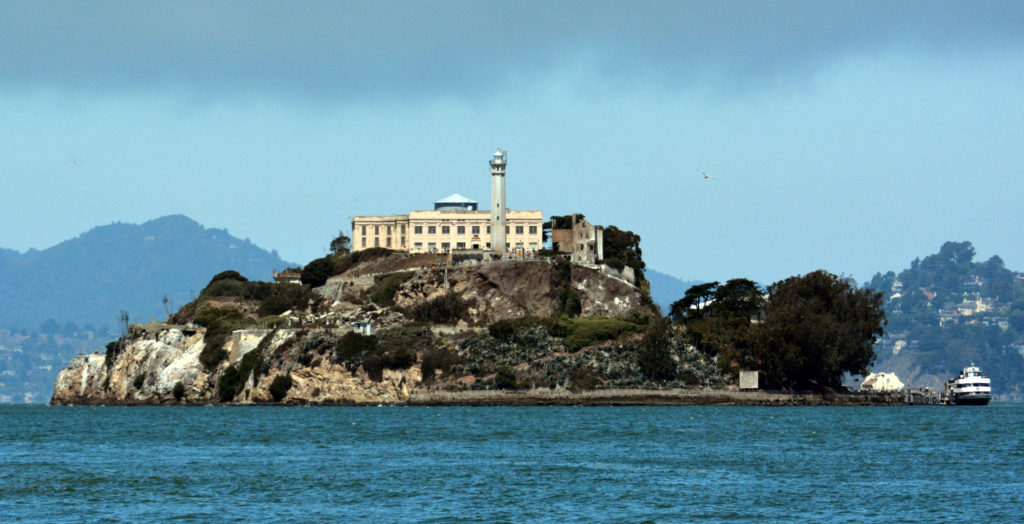 Those are just some of the words used to describe the  experience of senior Alia Ortiz (’18) as she waits to start her two-mile swim to the shore of San Francisco.

She is waiting on a tiny island just outside of the city. You may have heard of it, as it’s a shockingly popular tourist destination. That’s because it’s home to the world famous Alcatraz, allowing full length tours of the cells, as well as an in-depth voiceover detailing the history of Alcatraz.

But what many people don’t know is that Alcatraz is also home to an annual swimming competition. You’re probably thinking that anyone who tries from swim Alcatraz is crazy. The Bay is freezing enough, so who in their right mind would even think about jumping in the ice-cold water? Sure enough, Alia and her father are up to compete in their fourth race from Alcatraz.

“Well, I’ve wanted to swim Alcatraz ever since I was a kid. I used to swim for a competitive team, and I used to see the events featured on the news,” she explained. “I thought it was a really cool activity to get involved in. Once I saw that there were kids my own age who competed, I knew that it was something that I wanted to do. I figured if they could do it, so could I.”

But even successful people have to start from somewhere.

“When we first started, I had to register through San Francisco-based organizations. But because I was so new, I didn’t do a lot of outside training,” she admits with a laugh. “I was only swimming the mile-and-a-half, and I came in at an hour and ten.”

A disappointing start did little to discourage the swimming champion. With much time and dedication, Alia moved up to the two-mile course, coming in at 50 and 45 minutes respectively for her most recent times. But as Alia explains, the training that goes into becoming successful is not easy.

“For preparation, we would swim at the gym pool for about a month or so before the race,” Alia detailed. “I make it my goal to increase increase my number of laps everyday. We have gone as high as 120 laps in the pool. Once we start getting closer to the race, we head over to Lake Natoma in Folsom so that we can get used to the open water and the cold to try to mimic the race conditions.”

In spite of all of this training, there is nothing that compares to the thrill of the day itself.

“We usually do this over the course of a weekend,” the swimming prodigy explains. “The day before we will stock up on carbs, and head up to San Francisco. We get up at four the morning of the race, and head over to the starting point of the race at the Aquatic Beach Park.”

After checking in and waiting for an hour for the other contestants to arrive, the competitors are taken out to Alcatraz on small coast guard boats. The swim is relatively small, with only 100 competitors of all age groups. From there, you’re given basic instructions about safety and advice on how to swim as best you can. Then the competitors jump into the water one at a time and begin their trek to the shore.

“The whole experience is really scary when you first go out” Alia says. “My stomach is always in knots, and it gets harder to eat. I always get super anxious when we first go out onto the boats. But getting to the point where you actually have to jump into the water, it’s so intense. But you know that you just have to start, the best way to do it is just to get out as far ahead as you can. Once you’re out there, you just have to keep going until you make it — you can’t stop at all.”

The competition is not without its rewards either. The swim is usually over by about 7 A.M., and afterwards Alia and her family treat themselves to a nice breakfast and a day in the city. But is getting up at four in the morning to swim two miles in ice-cold water really worth it?

“I personally love the rush that you get from swimming,” Alia grinned. “It’s the best feeling ever, I don’t think that there is anything I have ever done that even comes close to the feeling I get from swimming at these events. Everything about it is so physically and mentally challenging just from the moment that you jump in the water until you reach the shore. I get such a feeling of pride knowing that I have completed the race. The swim always makes me loo back say ‘life is good’.”

And even though swimming Alcatraz is a feat most would just be happy to complete once, Alia has no plans of slowing down.

“My dad and I want to make it an annual event, so that it can be our own thing. I know that it will be harder once I go to college because I’ll be away from home, and it will be harder to get my dad to train. But I definitely think that this is something that I would like to keep doing for many years to come.”

We wish Alia good luck as she embarks on her fourth swim at Alcatraz. And who knows, maybe we’ll be seeing her swimming in Tokyo at the 2020 Olympics? Never say never.