You are here: Home \ Community \ Featured Posts \ Walking Out To Speak Out
Community
0

Walking Out To Speak Out

On February 14, students at Marjory Stoneman Douglas High School in Parkland, Florida hid in their classrooms as a lone gunman roamed the halls and killed 17 students and faculty. Exactly one month later, hundreds of Christian Brothers students left their classrooms to stand in solidarity with the National School Walkout Day and the victims of the Florida […] 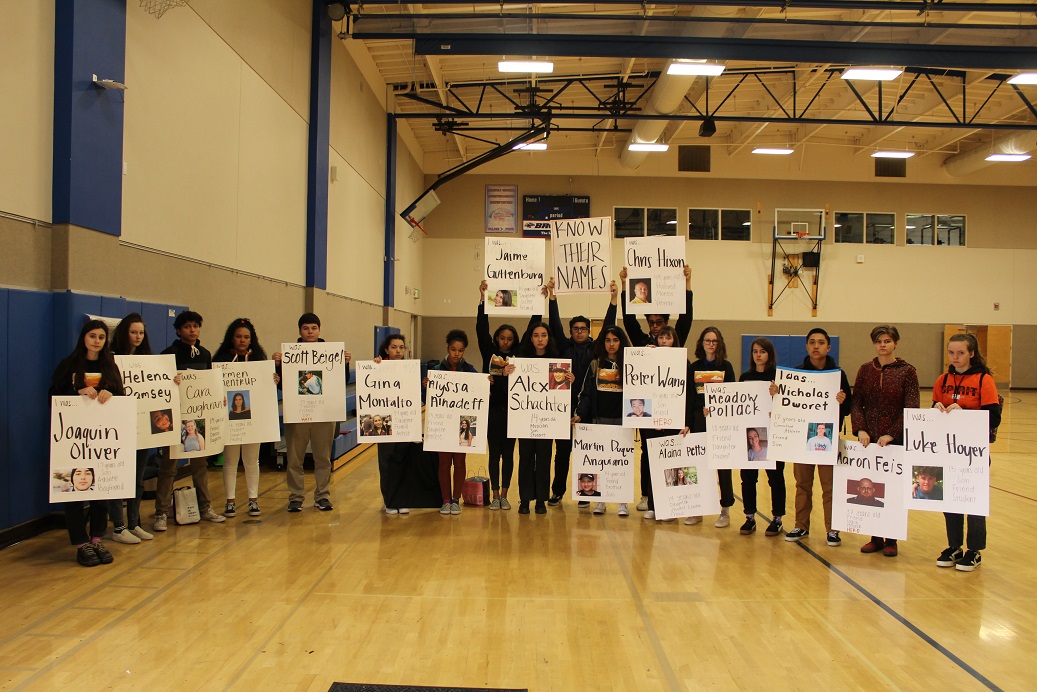 On February 14, students at Marjory Stoneman Douglas High School in Parkland, Florida hid in their classrooms as a lone gunman roamed the halls and killed 17 students and faculty.

Exactly one month later, hundreds of Christian Brothers students left their classrooms to stand in solidarity with the National School Walkout Day and the victims of the Florida shooting.

School shootings at large have become increasingly common in the United States, and solutions to this epidemic have polarized the nation. As a whole, the walkout was largely a protest for gun reform as well as a memorial for the victims of gun violence.

With such a diverse set of beliefs on campus, political demonstrations are implicitly discouraged. The Talon sat down with organizer Claire Martin (‘18) who explained the difference between the the National School Walkout and Christian Brothers’ own Walkout. 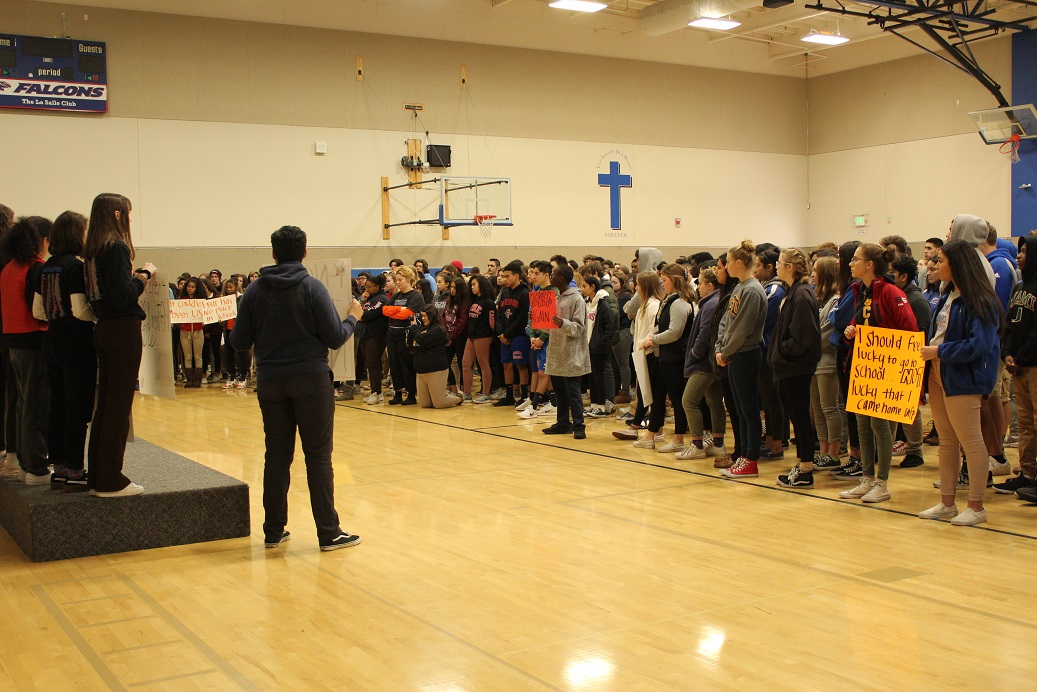 “The National Walkout was a protest, but ours wasn’t. Our [walkout] was 99% aimed to call attention to the victims and show people how much we care [about them]. Maybe 1% was to show Congress that something needs to change.”

Despite the separation from the actual protest, Claire, along with co-organizers Kate Donovan (‘18) and Mia Nieves (‘18), faced challenges. Many questioned their ability to keep politics out of their event. How do you plan a walkout that is both unifying, but also properly addresses a very polarizing topic?

“It was rough not making it political since [Kate, Mia, and I] share the same beliefs, but we knew that CB wouldn’t allow [the walkout] to be political and that our school has so many people on different sides,” Claire says. “We wanted the event to open to everyone, regardless of any politics.”

“We were constant and conscious of making sure [the Walkout] was inclusive. We even had extra signs to give people in case they brought their own political ones.”

I had my own reservations before the event; I felt there was no real way to separate politics from a national political demonstration. But for the 25 minutes I was in the gym, I didn’t hear a single mention about politics from either side.

Instead I heard about gun violence victims like Nicholas Dworet, who was recruited for swimming at the University of Indianapolis. I heard about Scott Beigel, who was a geography teacher that was killed while rushing students into his classroom. There was Jaime Guttenberg, and Luke Hoyer, and Peter Wang, and more. It was all very powerful.

“Even as a speaker, I felt that the organizers did a good job focusing on victims in a way that allowed everyone to pay their respects, regardless of their beliefs on guns,” said ASB President Zachary Lau (‘18).

On the other side of campus, students who did not wish to participate were allowed to the go to theater, where a separate memorial was set up and video on school shooting safety was shown. Reasons for non-participation varied.

“I thought the gym was going to just be a rally for anti-gun policies,” explains Alexander Scordakis (‘18). “Personally, I didn’t want to be a part of all that political business.” 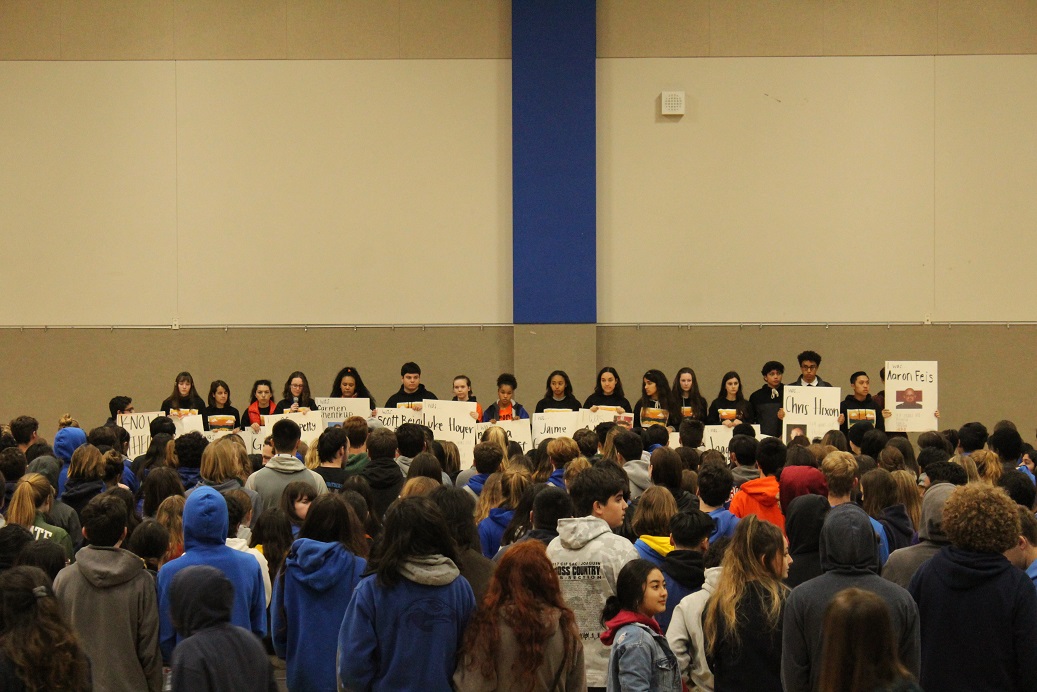 “I heard there was a prayer service that was in the theater and I wanted to pray for the victims,” says Cesar Lopez (’18).

Many worried about the ramifications of simply hosting such an event at CBHS. After all, separating students into the gym and the theater is inherently divisive. A week later, students from both the theater and the gym explained the fallout or lack thereof.

“I’m a little disappointed that I got hate for helping set this up,” Claire says. “I don’t think that the Walkout has divided our school. Any divisiveness is because of the students themselves, not the Walkout.”

“No. I haven’t seen any differences after the walkout.,” says Alexander.

“I haven’t noticed anyone saying anything,” added Cesar.

“Without the support from all of our peers, this wouldn’t have even become a reality,” Claire says.