You are here: Home \ Featured Posts \ People \ Uncategorized \ Will Robots Take Over the World?
Featured Posts
0

Will Robots Take Over the World?

(image courtesy of Creative Commons) Beep boop beep boop.  Check here if you’re not a robot!  Artificial intelligence, or, according to Merriam Webster, the “capability of a machine to imitate intelligent human behavior,” is rapidly progressing, and robots may soon take over the world… Just kidding. But they will be soon playing a larger role in […] 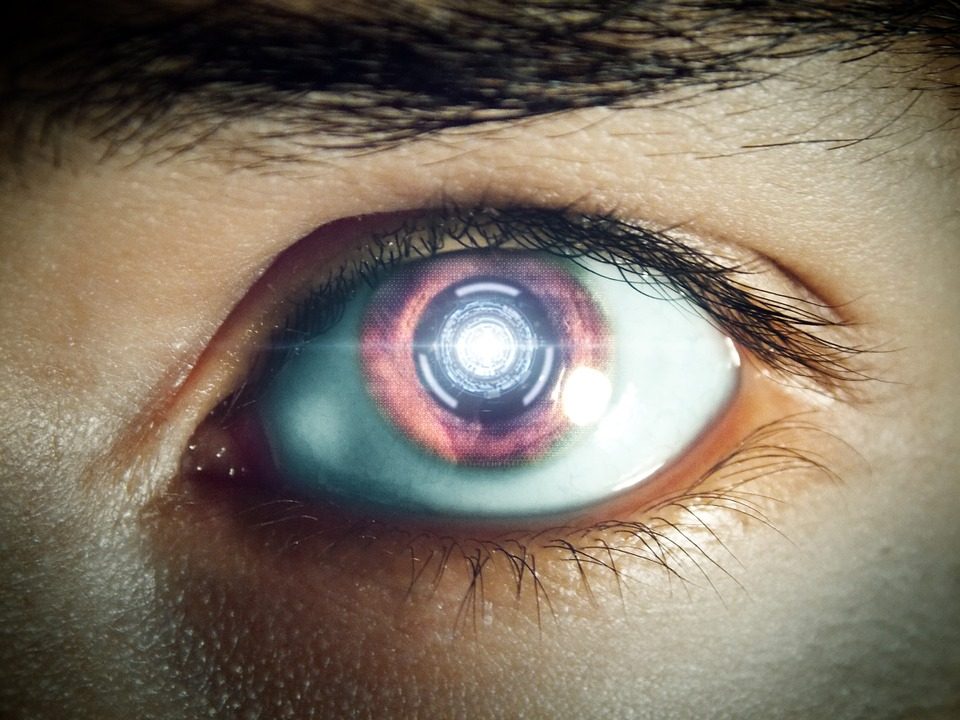 Artificial intelligence, or, according to Merriam Webster, the “capability of a machine to imitate intelligent human behavior,” is rapidly progressing, and robots may soon take over the world… Just kidding. But they will be soon playing a larger role in our lives.

Today, most types of artificial intelligence (AI) are considered “weak”. Siri is a great example of a “weak” AI, and even self-driving cars are considered weak. Hopes for the future include making a robot with strong AI, one that could complete the “coffee test.”

Ben Goertzel, the founder of an AI marketplace, suggests that the coffee test, which would be very difficult, could be a potential operational definition for AI. To pass, the robot must “go into an average American house and figure out how to make coffee, including identifying the coffee machine, figuring out what the buttons do, finding the coffee in the cabinet, etc.”

Maybe you’ve thought, “will robots replace teachers soon?” I definitely have. But experts say this won’t happen anytime soon because robots don’t have the capability to understand human emotions like a teacher does. Sure, you could tell your robot teacher Mr. Metal, “Yeah, I get it,” even though you don’t, but he would only hear your words. Your teacher at CB could read the look on your face or tone of your voice that really says, “No, can you please do another example?”

So are students scared or excited about the possibility that robots could soon play a large role in our everyday lives?

Natalie Storm (’18) was definitely leaning more towards being scared than excited.

“I think as soon as you give robots human qualities…I’d be freaked out,” she says. “Something pretending to be human or mimicking human qualities is freaky to me.”

What about robot teachers?

“Teaching is more than just being able to relay the information — [it’s] being able to connect with your students on a level, [where] they respect you and understand what you’re saying to them,” Natalie shares.

“I think [having a robot teacher would] take away — you don’t get any life experience, it’s not as personal, it would be probably be boring.” Olivia Eliopoulous (’18) says.

“I would be kinda scared [of a robot teacher]. It would be harder to learn because of that one-on-one connection you have with a teacher, like they’re trying to help you, and you’re trying to learn. Robots can’t fill that need.” Carlos Pasillas (’18) claims.

And as for robot waiters, Natalie said, “I wouldn’t want [a robot] to serve me coffee. Interacting with people is not just about getting what you’re asking for — I want that conversation.”

“I actually would like [having robot servers]. Because of food allergies and stuff, I feel they’re a lot more accurate — no human error,” Olivia added.

She shared more on her previous knowledge of AI: “Mr. Eckel showed us a video about how robots are going to take over the world and there’s doctor robots, oh, and those self-driving cars! My parents talk a lot about those. I just like driving my own car.”

But Carlos looked pretty unsettled as he thought about robots and their destructive capabilities. 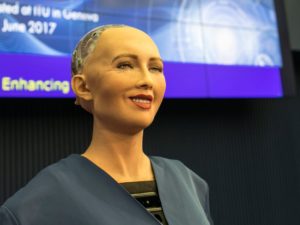 “I watched this interview [with] Elon Musk, and they were talking about artificial intelligence. They were talking to a robot and [asked it], ‘Do you like humans?’ And it froze, and then it said, ‘No, I want to destroy all of humankind,” Carlos said, adding that he doesn’t think we should have robots. “[AI] is going to take over the universe. And Google’s systems started making a language and talking to each other… so they’re going to take over the world if we don’t stop them.”

Sophia the Robot, a well-known robot developed by Hanson Robotics, is considered a citizen in Saudi Arabia. She can make 62 facial expressions, and even model/Twitter celebrity Chrissy Teigen is scared of her because they became “frenemies” after she roasted Sophia’s makeup on Twitter. Sophia not only can express her feelings, but she can also hold eye contact, recognize faces, and understand human speech.

I don’t know about you, but this definitely freaks me out. So what would you do if the next time you walked into Chipotle, a robot handed you your burrito? Or the next time your math teacher was gone, you had a robot for your sub?

All I have to say is, good luck. And don’t tell Sophia where you live.