Glowing Up At CB

Glowing Up: A Haiku Glow ups: they happen. Kids change in their looks and ways These three seniors did… We all know someone who looks drastically different from the first day of freshman year. Many who recognize this change in their friend’s appearance might say that he or she had a “glow up”. However, there is more to […] 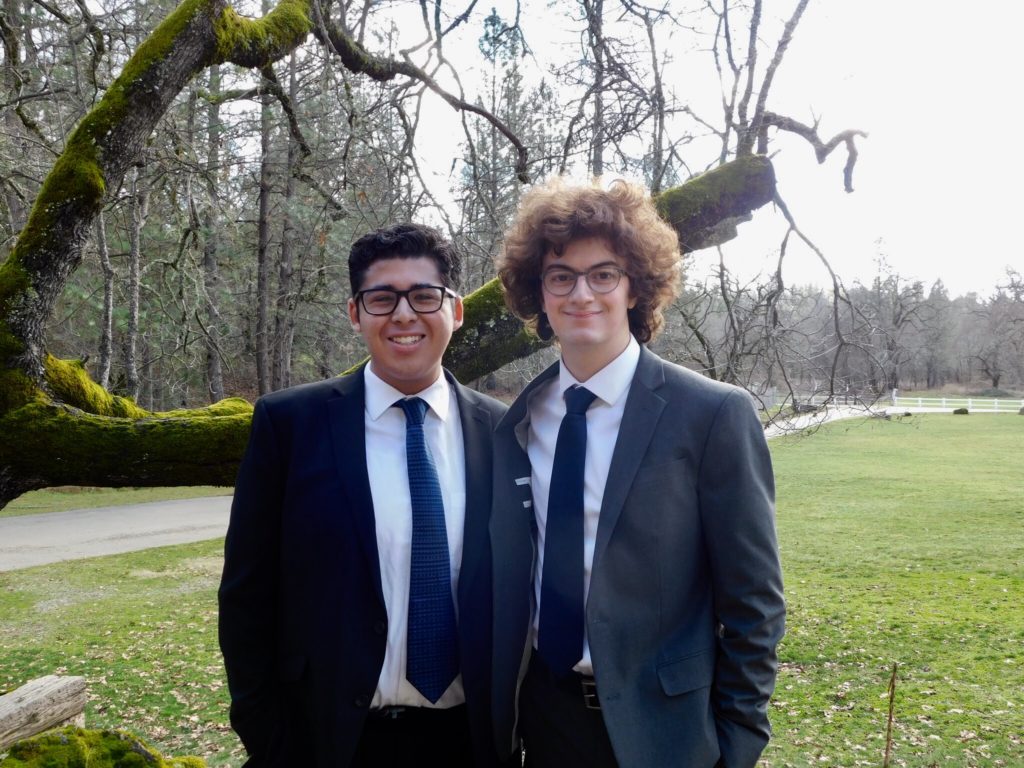 Glowing Up: A Haiku

Kids change in their looks and ways

These three seniors did… 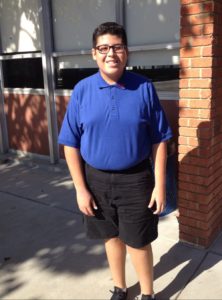 J.R. on his first day of high school.

We all know someone who looks drastically different from the first day of freshman year. Many who recognize this change in their friend’s appearance might say that he or she had a “glow up”. However, there is more to glowing up than just going through the awkward stages of puberty and having a change in physical appearance.

The Talon spoke with three CB seniors who have been recognized for their glow ups over the past four years to get their thoughts on this trending topic.

When asked what his definition of a glow up was, ASB VP J.R. Aguirre (’18) says “to me, glowing up means that puberty hit someone like a brick and they had a really noticeable change in only a few years.”

J.R. believes that his transformation happened during his sophomore year.

“I changed up how I dressed…I also started to mature academically,” He added that it was “just a year of a lot of growth.”

Also during his sophomore year, J.R. participated on both the water polo and swim teams. He credits these activities with a substantial impact on his glow up.

“I lost weight and I had to learn how to manage my school work and time more efficiently,” he says. “It really helped me with my physical and internal growth.”

J.R. not only recognizes that there was a change in his physical appearance, but that he also genuinely matured as a person. However, JR 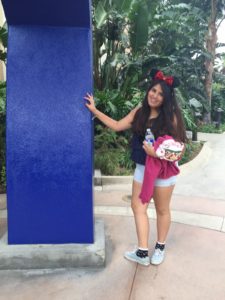 Bri at Disneyland during her freshman year.

is not the only one that has noticed his change throughout the years. Many of his fellow classmates, who suggested J.R. for this article, have clearly recognized his glow up as well.

“I genuinely appreciate when people notice my change,” J.R. began. He also added that this recognition from others has “also challenged [him] to look at [himself] as more than just [his] outer appearance.”

Like J.R., Brianna Castaneda (‘18) has also mastered the art of glowing up. She also acknowledges that this event happens when a teen goes through some sort of change.

“I think when you glow up it’s sort of like in a video game when you get a power up,” she says.

Bri credits her whole high school experience with impacting her personal glow up. She thinks that “a lot of things that [she] experienced in high school caused [her] to grow as a person.”

One of the things in Bri’s appearance that changed most noticeably was her personal fashion sense.

“I think in high school I was just exposed to different kinds of styles, so I was able to adopt a better sense of style for myself.” 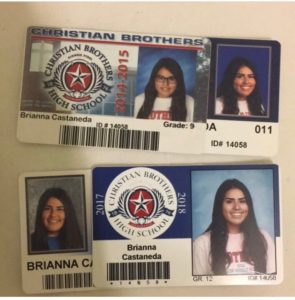 However, Bri doesn’t think that her change in style was the greatest aspect of her glow up. Along with her changed physical appearance, her self-confidence increased dramatically. Bri believes “that [confidence] is a big part of ‘glowing up’.” She adds that, “even if someone happens to look better or have a drastic change in their appearance, it doesn’t really mean much if they don’t have the confidence to go along.”

Bri was “sort of shocked” when she learned that many of her peers have taken notice of her glow up.

“Obviously I noticed some changes in myself because I’m with myself everyday. I can see the little changes, but to see that others recognized them was sort of weird to me.”

Our final senior glow up can be seen in the Joe Keery look-alike Aaron Davis (‘18). Aaron credits his glow up to one thing: his hair.

“I probably had my glow up when my hair grew out,” he says.

Aaron also agrees with J.R. and Bri on how both a change in maturity and physical appearance play the largest part in glowing up. Aaron mentions that “even though [he] is still immature, [he] was a lot more immature when [he] first came to CB.” He continued to explain that “going from bald to having an Afro definitely helped” with his change in appearance.

Aaron was also surprised to hear that his peers have discerned his glow up. “I didn’t really plan on glowing up or even thought I glowed up,” the senior said 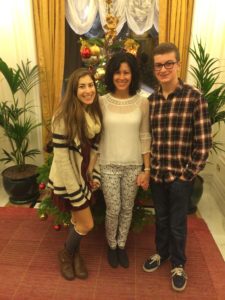 Aaron with his family during freshman year.

modestly. “I guess it feels pretty good to be recognized. I never thought that I did glow up, so hearing that other people feels nice.”

There is a lot more to a glow up than what meets the eye. From the outside, all we see is the change in appearance, but for the one doing the glowing, the glow up starts burning within and radiates out.