You are here: Home \ Community \ Featured Posts \ Early Bird Gets The Word
Community
0

Early Bird Gets The Word

Essays. Letters of Recommendations. Test Scores. E-mails. The college application process is a stressful and intense time for everyone. Deciding where one is going to college is the first step. Then one must figure out where to apply, what it takes to apply and when it’s all due. Most students decide to apply the regular […] 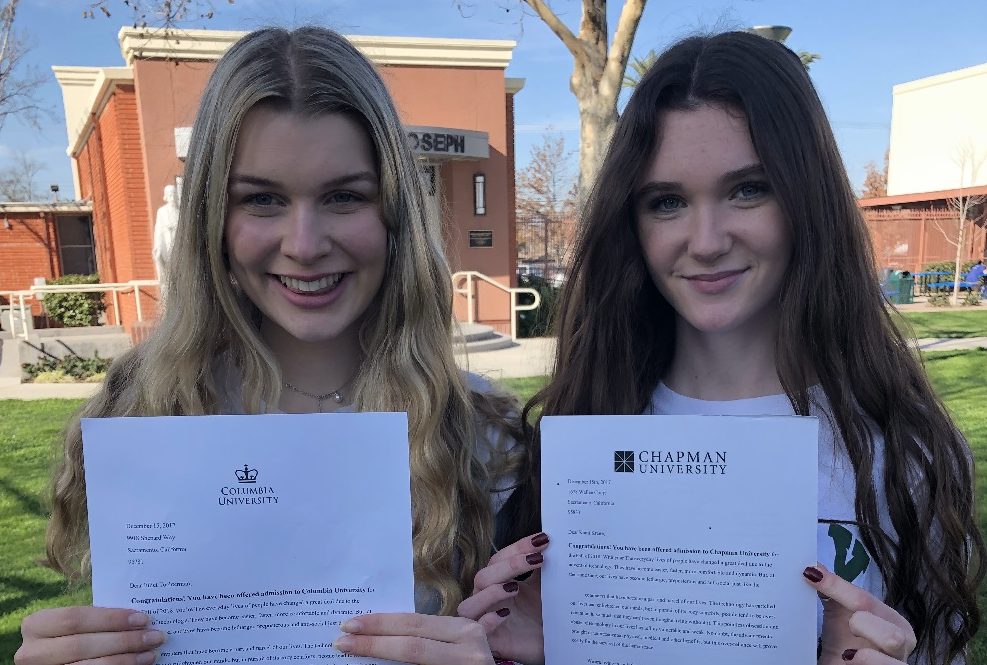 The college application process is a stressful and intense time for everyone. Deciding where one is going to college is the first step. Then one must figure out where to apply, what it takes to apply and when it’s all due. Most students decide to apply the regular decision deadline. However, several students at Christian Brothers decide to apply to colleges that offer Early Decision and Early Action applications.  What are these “early” terms all about?

First, we needed to establish the difference between Early Decision and Early Action. The Talon interviewed college counselor Ms. McClellan to discover the meaning behind this popular application process and advice for those interested.

All of these terms can seem confusing for seniors. So how would you know if applying early is good for you?

“It can be tricky. You need to look at your GPA and test scores and try to decide how you would look compared to the other pool of applicants,” Ms. McClellan remarked. “There are a decent chunk of applications for Early Action, whether it’s for a safety school and you want to hear back sooner or a main school that doesn’t offer early decision as a way to show them you are interested.”

“If it’s your dream school and you’ve always wanted to go there and no matter what you’re going to go there if you get in, go for it [early decision].”

Despite the contrasting binding obligation, both Early Action and Early Decision have November deadlines, just two months after school starts. As seniors applying, “senioritis” may come quicker than one may think. Thankfully,  Ms. McClellan also gave some advice on how to stay on track and be prepared.

“Be organized, figure out who you’re asking for letters of recommendation from and make sure all your testing is done, including subject tests,” the college counselor advises.

“I always knew I wanted to go to Columbia, so I knew my chances would be greater because Early Decision has a higher percentage of people getting accepted,” Juliet says.

“I definitely would advise doing it if you are sure it’s the school that you want to go to. If you’re not sure don’t do it because it is a contract so you can’t decide after you get in that you don’t want to go” the future Columbia student says. “I wanted to go to New York because I’ve always loved the city and I’ll be close to my sister.”

Juliet is thrilled to be attending her dream school in the fall. While she knew from the beginning that Columbia was the school for her,  Kami still wanted to lay out all of her options which is why she chose Early Action.

“I got accepted to the University of Oregon and Chapman University while doing Early Action” she says.”I’m still waiting on the California state schools.”

Even though she is still deciding on which college to attend, she knew applying earlier would be a smart choice.

“Everything is submitted by November 1st, and you hear back in mid-December. When you hear back earlier you can make your decision earlier, making it less stressful,” Kami proclaimed.

Kami looks forward to deciding which college she attends in the fall.

“I am excited to hear back from the CSU’s, but it is a stress reliever knowing I already got into two of my main schools”.

Making a college decision is one of the most important times in a high school student’s career. Planning, applying and checking your email every second are regular tasks of a college applicant. You may already know where you want to go, and have been since you were a little child. If this is the case, Early Decision is the path for you. If you’re still unsure, applying Early Action can’t hurt, and even increases your chances for acceptance. Whether Early Decision or Early Action is the path you’ll take, being on top of school work and deadlines is the key to dominating this application process.