Senior year is an exciting and busy time in a student’s life, but it poses one stressful question: what’s next? For most CB students, the answer is college. But if only it were that simple. There are over 5,000 colleges and universities in the United States alone. Finding the “perfect school” is a difficult, but […] 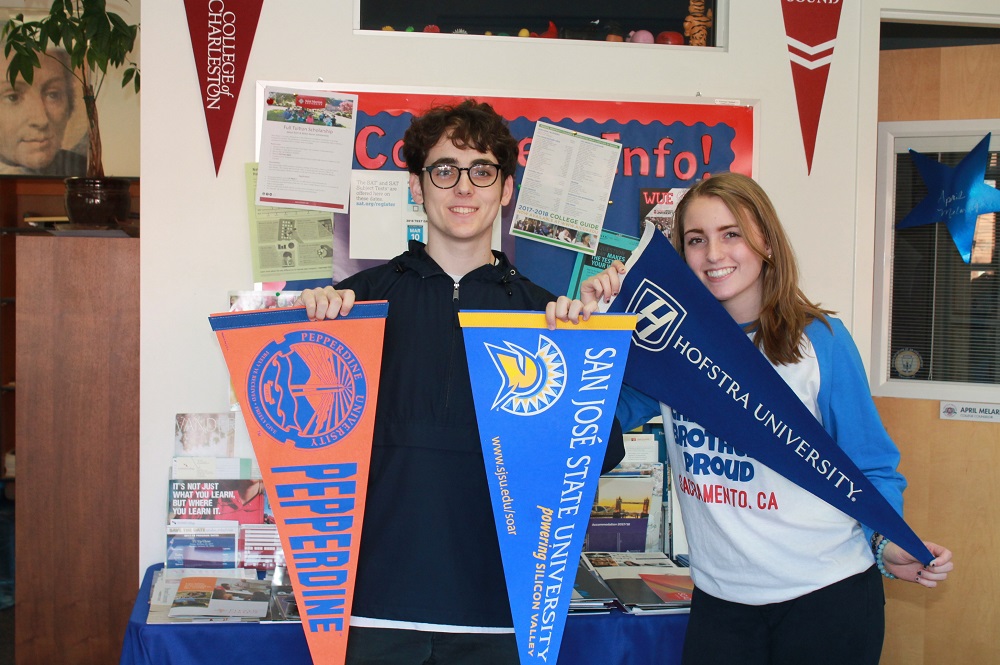 Senior year is an exciting and busy time in a student’s life, but it poses one stressful question: what’s next?

For most CB students, the answer is college. But if only it were that simple. There are over 5,000 colleges and universities in the United States alone. Finding the “perfect school” is a difficult, but not impossible task. For many students, the task of narrowing down the plethora of available options for where to spend the next four years starts with deciding how far away from home they want to go: Which coast is the best coast?

During the application process, I started to notice that many of my classmates’ top schools and some of my own were on the East Coast. I began to wonder why so many of us want snowy winters over sunny beaches.

CB’s Director of College Counseling Ms. Melissa McClellan agreed with my observation that the Class of 2018 wants to go further than previous graduating classes.

“In the recent years, less kids have wanted to go further away, and more have been wanting to stay closer to California,” she began. ” You guys are just unique I guess.”

She shared with the Talon the different pros of going far away from home for college.

Along with meeting new people and having new experiences, being far away from home builds maturity and offers different challenges that people would not face if they were only a car ride away from home.

“You’re forced to grow up when you go away for school. You have to build and learn adult skills. You can’t just go home when you’re having problems with your roommate or something,” Ms. McClellan said.

The question of whether to go east or stay in California did not even occur to Olivia Eliopoulos (’18), who is ready for the challenge of being far away. She was so certain that she decided to apply early decision to Barnard College of Columbia in New York City and will be going there in the fall.

“I visited New York when I was a young child and loved it,” she said with a grin. “Ever since then I’ve always wanted to go to college there.:

Olivia is very excited about her future in New York and all the opportunities the city has in store for her.

“I chose New York because there’s lots of jobs once you get out of college, and that’s why you go to college. I think it has a good vibe too, I feel like I have more of a New York than California vibe.”

But moving far away from home isn’t for everyone. Ms. McClellan also informed me of the benefits of staying in California, the biggest one being the cost of tuition.

“Our public universities in California are amazing — they’re world renowned,” she said proudly.

In addition to being more cost effective, staying in California is great for those graduating seniors who don’t want to be 3,000 miles away from their families.

“Some students just aren’t ready to go very far from home yet, they want to be able to drive home on the weekends.”

Both of those factors have contributed to Preston Winters (’18) staying in California next year.

“It’s central to my family and friends, it’s more economically feasible, and it gives me the chance to be more independent, but also not too far out of my comfort zone,” she said without hesitation.

Whether to stay in the sunshine state or go east and live in a bustling urban environment fully depends on what kind of person you are. Some students, like Preston, are happy with what California has to offer. But others, like Olivia, want to branch out and explore a new part of the country. Either way, there’s a perfect school out there for everyone.