The end of the holidays usually means the start of another season; New Year’s Resolutions. Now that the eagerly anticipated 2018 is now upon us, hundreds of people will swear that they will be nicer to people, get more work done, start going to the gym. Although if you have been paying attention to trends […] 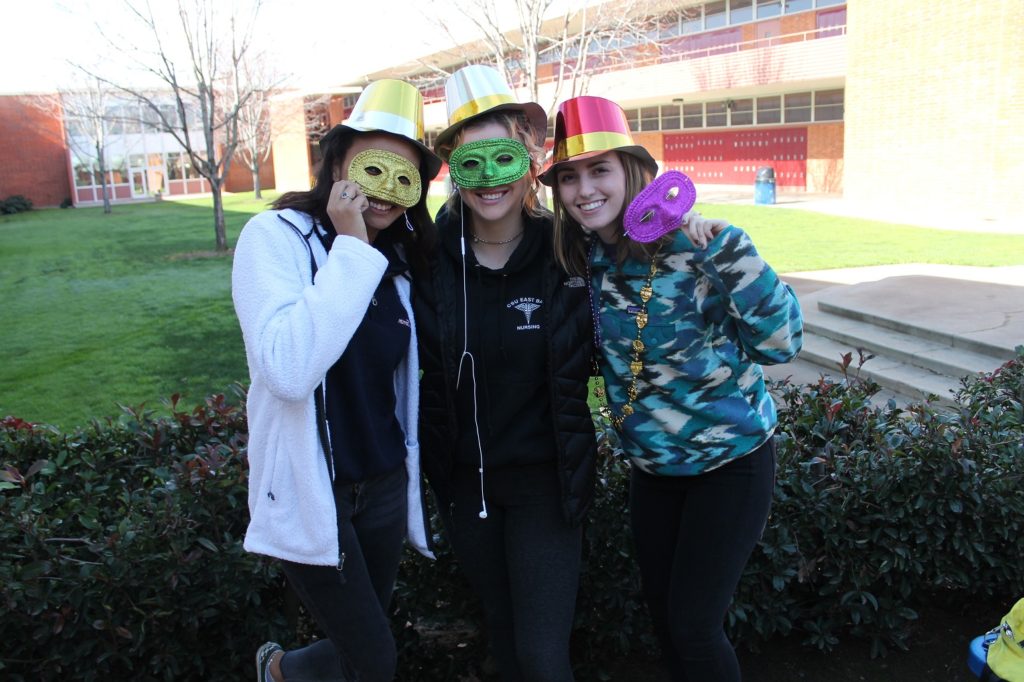 The end of the holidays usually means the start of another season; New Year’s Resolutions. Now that the eagerly anticipated 2018 is now upon us, hundreds of people will swear that they will be nicer to people, get more work done, start going to the gym. Although if you have been paying attention to trends lately, you’ll notice that the idea of a New Year’s Resolution has become more of a joke — with a surplus of memes to prove it.

Most resolutions only last a few hours if they are lucky, before everyone just gives up and goes back to being the same person they were in 2017. No progress made. This made me wonder: Is there a single person on the planet who actually keeps their New Year’s Resolution? Being the cynic that I am, I expected a resounding “no” to be the general consensus among my peers. But their answers in fact surprised me. Maybe 2018 is off to a good start after all?

Mia Nieves (’18) shared one of the more popular New Year’s Resolutions: getting healthy.

“Since I don’t have an A set this semester, I decided to take advantage of it, and start going to the gym more” the senior explains. “Before my resolution, I try to go to the gym whenever I had the time, but some days I was just too tired to go.”

But Mia’s resolution doesn’t just stop there. This is more of a lifestyle change that she is trying to get used to.

“I’m definitely trying to eat healthier. I’m trying to completely cut out dairy and also to eat less processed foods. Mostly, I just want to feel my best and to work towards improving myself in every aspect this new year.”

Getting healthy seems to be the general theme this year among our CB community. Macy Mendoza (’18) shared her story of going she went vegetarian as part of her New Year’s Resolution last year.

“I started going vegetarian because I wanted to try a healthier diet,” she explained.

While the idea of going vegetarian to save animals sounds noble, most of the people are turned off by the commitment such a lifestyle requires.

“It’s really not that difficult” Macy insists. “My mom helps me out a lot. When we have dinner, she’ll always have a vegetarian option for me. It’s not even that hard to find vegetarian options at restaurants, and there are a lot of restaurants and grocery stores that will cater specifically to vegetarian needs. It wasn’t even that difficult for me because I never really liked red meat. The only kind of meat that I really miss is chicken, but I still eat fish so that helps.”

Macy even tried to spread the vegetarian love among her friends. “I tried convincing my best friend Liv Ledesma (’18) to go vegetarian with me, but she only lasted two days because her family had carnitas for dinner, and she gave up,” she admitted with a laugh.

But for most people, hearing the words vegan or vegetarian induces an eye roll. They think the person is trying too hard to be trendy or hip, or is incapable of actually following through with it. But as Macy tells me, she’s in it for the long haul.

“I actually really like being vegetarian, it wasn’t anywhere near as hard as I thought it would be,” she says with a shrug. “This year was really successful , and I hope to stick with it for a while.”

While it’s easy to claim to turn over a new leaf, it is actually following through with it that often proves to be the most challenging. Mr. Julian Elorduy (’03) shared with me his insights on the struggles that come with staying true to your word.

“I think that every year, each resolution can be seen as opportunity to grow,” the musician/religion teacher explains. “You know, growing is an essential part of living, it’s unhealthy to keep the same habits every year. You know when you start to stick to the same routine all of the time, you start to feel like an automaton. I think it’s important to learn to value who you are as a human being, and the more that you experience a sense of value, you can help to spread the positivity. And once you start doing that, the feeling becomes infectious and self-full filling.

Mr. Elorduy, whose resolution was to run more often, provides his opinions on the benefits that should be reaped by everyone: a stress-reduced lifestyle.

“I think a lot of people view resolutions as sort of a chore, and some days, running can be quite a chore. But I think the idea behind the resolution is that it is supposed to have some meaning to it, not just something flippant that won’t mean anything to you.”