You are here: Home \ Community \ Featured Posts \ Are AP Classes Worth It?
Community
0

Are AP Classes Worth It?

It is difficult for many students to stay on top of their schoolwork. Between their seven classes, countless extracurricular activities, and hectic personal lives, it may seem impossible for them to ever try and do more than they already have. Despite this stress, an increasing number of students are choosing to add on more to […] 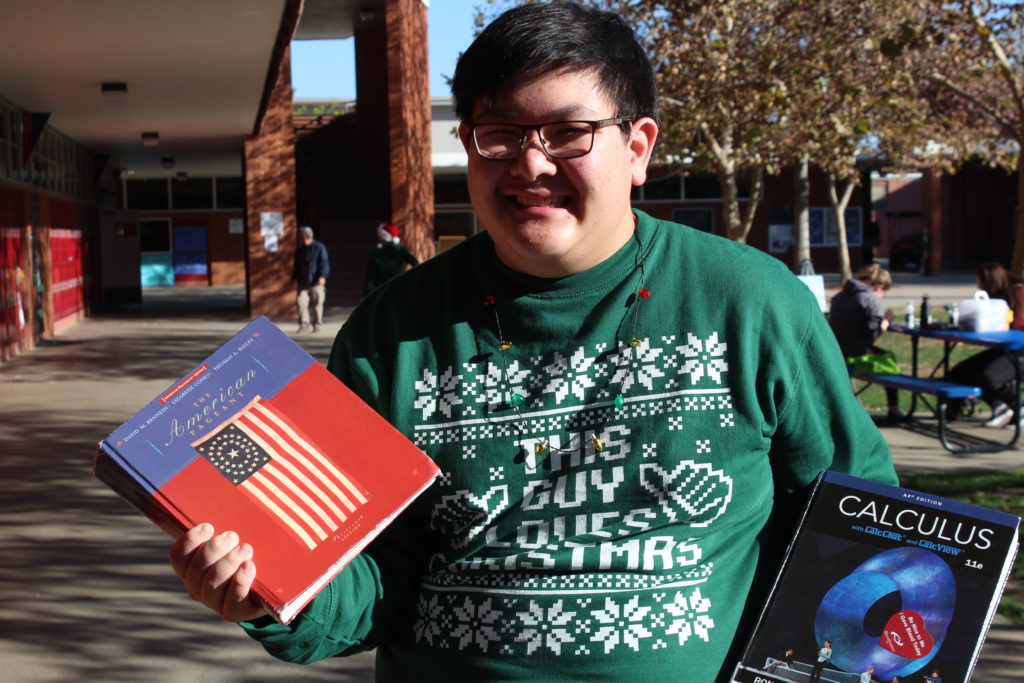 It is difficult for many students to stay on top of their schoolwork. Between their seven classes, countless extracurricular activities, and hectic personal lives, it may seem impossible for them to ever try and do more than they already have. Despite this stress, an increasing number of students are choosing to add on more to this load and try their hand at Advanced Placement classes. These classes can be extremely challenging and can reap some real benefits for students including a GPA boost and a chance at college credit. But are these classes really worth the extra effort? The Talon talked to students and teachers about whether these classes are the best choice.

AP classes are meant to serve as an opportunity for ambitious students to challenge themselves. These classes are full of college level work, and thus carry with them several immediate benefits. Students who take any AP class receive a boost to their GPA along with the prestige of being able to complete the class. There is also the most important payoff of the chance of college credit.

But while there are ample opportunities that come with taking these classes, the courses are still especially difficult. The workload, though doable, is definitely not ideal for all students. Senior David Karalli (’18) has been taking Advanced Placement classes since his sophomore year. Reflecting on his first foray in the program with Mr. English’s AP World History Class, David has less than savory memories.

“AP World History is definitely the hardest AP class I’ve ever taken. None of my other AP classes compare. We would have eight-chapter tests and eight-chapter timed essays every few weeks, and since it was common to bomb tests and timed essays, Mr. English gave us tons of long homework assignments so we could keep our grades up,” David says.

Despite this, David doesn’t believe the class was more than one could handle and even concedes that its intensity was beneficial.

“I wouldn’t say it was unreasonable difficult,” David says. “Everyone in the class passed the AP test and over half the class got 5s [on the AP test]. I don’t think that would be possible if the class wasn’t so brutal.”

At the same time, the promise of college credit from passing and AP exam is not always all-encompassing. Not all colleges accept Advanced Placement scores, and some require a certain score in order for credit to be given. Thus students may be left feeling like their valuable time and effort was wasted.

But still, Karalli believes that the experience of Advanced Placement courses can still be beneficial, regardless of whether credit is given or not.

“They’re gonna be less useful, but I think that they’re helpful since you’re learning to manage college-level classes.”

But the experiences of one student cannot possibly speak to the many facets of this issue. Like Karalli, each of them had previously taken Mr. English’s AP World History during their Sophomore year. Additionally, each of them is taking two or more Advanced Placement courses for their Junior Year, and each plan to take more in the future.

When initially asked their opinion on them, Turner Clark (’19) was quick to respond.

“They suck,” he says plainly.

The group is quick to describe their various opinions on the classes they are currently in, but for the most part the consensus is favorable. However, when Emma Talley (’19) mentions the quality and focus of AP students, Sofia Nguyen (’19), quickly raises an important concern.

“You’ve also heard that AP classes have the highest percentage of cheaters” she says. To this the group completely agrees.

Sofia’s concern is a valid one — its not hard to imagine that cheating increase when the stakes are as high as they are in classes this difficult.

As the discussion progressed, Turner reiterates that AP classes may not always be worth as much at the college level.

“Depending on the colleges you’re comparing them to, AP classes sometimes aren’t even worth that much,” he says. “To most first rate colleges, they’ll look at it and say ‘Oh, well you took that class, but compared to the Honors class it’s not gonna make too much of a difference.'”

In response to this, Emma retorts that the same colleges would make you take a similar class in college, and these types of courses would better prepare one for the rigor of college.

“You get more study habits in AP classes,” she says.

When asked what they thought about Mr. English’s World History class, the group also responded extremely well. It seems that the one thing there was universal agreement on was that Mr. English had done an exemplary job of introducing his students to not only the AP system, but the rigor that is to be expected within the classes.

“It’s extremely stressful and extremely rigorous, but nothing goes to waste,” Turner says.

Emma puts it more bluntly. “He knows what he’s doing.”

But despite the purported excellence of many of these courses, the group agrees that the biggest challenge that faces AP students is burnout. Because of the sheer difficulty of the classes, students may be be left exhausted in a deluge of unending homework and tests.

“You gotta be prepared for the workload” says Emma, ” You gotta know what you’re getting into.”

Turner concurs, saying that “The classes are almost set up so… on their own they would be not that bad and you would be able to devote the amount of time necessary to them. But trying to balance six other classes, some of which also could be AP classes, it starts to become a bit of a problem to just juggle everything.”

Emma also mentions that the fact that these courses all hinge on one test raises an additional challenge.

“You could have a bad day [or] you could be sick or something and fail it and basically you just wasted a year” she says. Turner adds to these concerns, saying that the changes that take place year by year on the AP test could pose a problem.

“Very often what will happen is that they will throw out questions, or between the different forms of the test one essay could end up being far easier than another, and if you’re the one stuck with the harder essay…it can ruin you.”

He acknowledges also that these factors can hurt students when they are applying to college, saying; “If you don’t pass [the AP exams] become far more of a hindrance.”

Turner also mentions the importance of only taking the Advanced Placement courses that will best benefit you in the long run, an idea shared by AP physics teacher Mr. Kevin van den Bogert, who believes that students should primarily take the incredibly challenging science course if they plan on pursuing that field.

“I think for some students AP classes are the right class to take…students who are going to major in engineering or a physical science should take AP physics” he says. “Those who are not would likely have a better experience in Honors.”

AP Chemistry teacher Mr. Bernie Eckel, however, believes that to pass any AP class, particularly his own, a student has to be committed and passionate about it.

“You’ve gotta have a strong heart. In other words…if you fail at something, you’ve gotta be able to keep going.”

“Most of the students that take it are good students and they’re used to doing good in all their classes,” says Mr. Eckel,”So when they start doing problems they really struggle with, then they wanna bail, and that’s one of the reasons I want them to take AP Chem is because it actually makes them have more heart.”

The science teache ris completely confident that his class and classes like it are beneficial for the students, regardless of how stressful they may be.

“I think it toughens kids up…it really prepares them for college, even if they don’t pass the test, they know what it’s like to be in a tough class and how to keep pushing themselves even though they’re not every day.”

Mr. Eckel says, though, that the difficulty of AP Chemistry does reap results for CB students.

“We usually do real well,” he says. “Since I took the program over we usually get a pass rate of about 70%… its about 20% over the national average. Kids struggle in there, but I think at the end of the year they’re always glad that they took it”.

But to those still grappling with the intensity of Advanced Placement, the students I spoke with gave some helpful advice:

“If you know you’re going to overextend yourself then you’re not gonna be able to do well. It’s better to get an A in two AP classes than a B or a C in 5 of them.” says Turner.

Emma suggests that a proper introduction to the classes can help .

“If you have the opportunity to take Mr. English’s AP World class as your first class, that’s the best, because it instills in you the work ethic that you need to pass the AP test.”

Finally, David recommends a practical approach to dealing with the stress.

“Find balance in Life. Getting your work done is important, and you should study hard, but you’re not just a studying machine. Find some time to relax and to do thing with friends, and make sure you’re taking care of your mental health. “