The time of being a kid and waking up early to catch your favorite TV show on Disney is simply just a memory now. As we began to grow up, we can never forget what shaped us and brought us joy as young child as we ate Dino Nuggets or simply just drank a box […] 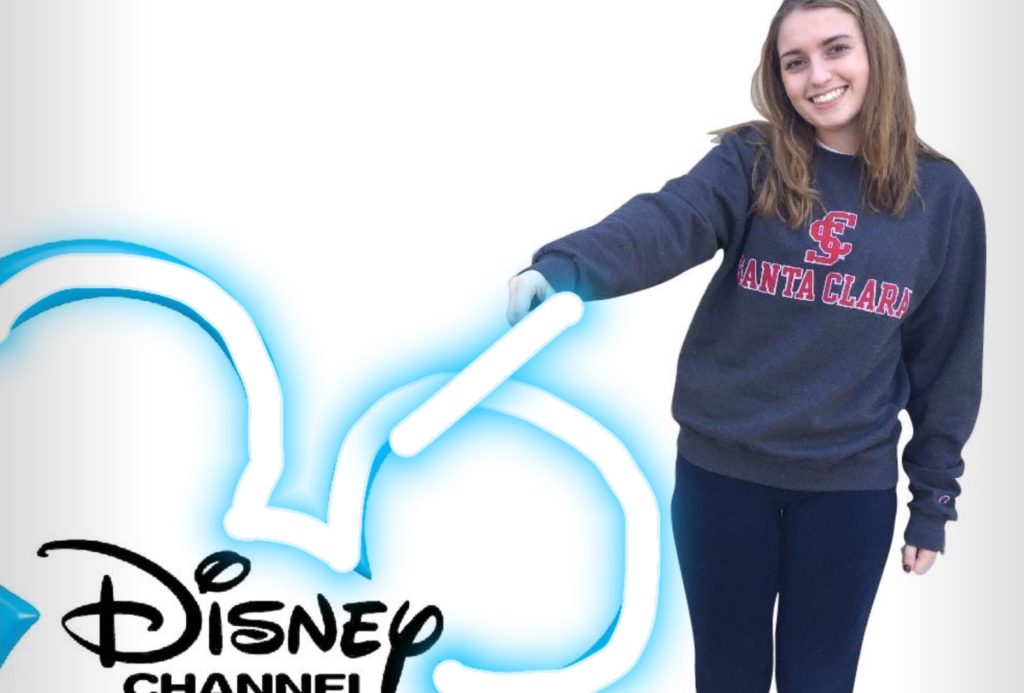 The time of being a kid and waking up early to catch your favorite TV show on Disney is simply just a memory now. As we began to grow up, we can never forget what shaped us and brought us joy as young child as we ate Dino Nuggets or simply just drank a box of juice on weekdays after school. Years later, elementary school ended and we could no longer watch our favorite shows after school due to loads of homework and extracurricular activities. The age of dino nuggets and juice boxes simply turned into $9 Jack Urban Eats salads and Temple coffee just to keep our eyes open.

Disney Channel was the prime of 1999-2007 child hearts. As children, we watched the Disney Channel. But why did we ever stop? Was it because of our busy schedules or was it the fact we simply grew up? Either way for many, including myself, Disney Channel simply just declined. The bright days of Hannah Montana and That’s so Raven took a dramatic twirl to Dog with a Blog and KC Undercover.

“I think Disney definitely has gotten worse. It is too cheesy,” adds Emily Shepard (‘18).

That’s So Raven was a classic we all related to. Everyone had a friend that was loud and crazy like Chelsea or someone that reminded us of her little brother Cory. And of course, who didn’t want to be Hannah Montana? Our young hearts all wished at one point we lived the double life with a huge walk-in closet with an unlimited amount of clothing and a best friend like Lilly Truscott.

“I was obsessed with Hannah and Miley Cyrus when I was little and I wanted to be just like her,” says Vanessa Avila (‘18).

Some of us might have even wanted to try the “cheeze jerky” that Oliver and Jackson sold outside by the Malibu Beach Club after their feud of who had the better cheese or Jerky.

“Yes, Disney has definitely gotten worse. The shows are really bad now. [An] example is Dog with a Blog. It’s a talking dog who has a blog–how stupid can it get? It’s just trash compared to what it used to be” continues Vanessa.

“It has gotten way worse. What we need is more quality television with less bratty characters” says Ashlinn Phipps (‘19).

“Nothing is better than the OG disney. The jokes are not as funny as they once were and there is no moral to the shows. [There’s] also no diversity to the shows. They are all the same” criticizes Synclaire Warren (‘18).

“Personally, I do think Disney Channel has gone downhill because their newer shows seem too materialistic and over the top for me. But I stopped watching it a long time ago” says Riley Schanberger (‘18).

“I strongly dislike the Disney — it’s not funny and not clever. There are no original ideas and the actors are terrible,” claims Alyce Munoz (‘19)

“I believe that Disney Channel has gotten worse over time because the shows aren’t as classic,” says Ashley Kim (‘18). “I remember having a TV show marathon as a kid and loving all of the Disney shows but now whenever I babysit and the kids want to watch Disney the shows are always not good”.

“Hannah Montana and That’s So Raven were classics. They were such crazy ideas but pulled off so well. They made the characters relatable and funny,” Emily says.

Disney Channel is well known for their creative and funky TV shows, but also for the series of  “DCOM” Disney Channel Original movies. Our childhood hearts screamed with excitement on January 20, 2006 when High School Musical made its debut on television.  I remember jumping up and down on the couch with my sister, Katie Enos ‘16, as we awaited for the countdown to begin. The starting scene was so magical when Troy Bolton was playing basketball with his father and soon would later meet Gabriella at the News Year’s party. Troy and Gabriella were the original O.T.P. of Disney Channel. 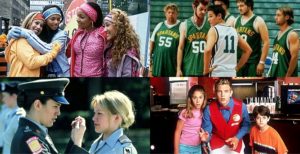 But some classics we shortly forgot about, such as Wendy Wu Homecoming Warrior and Smart House, which Synclaire named as her favorite. Smart House was always scary to me, however. I think it was the part with the virtual mom that started taking over and locked the kids inside that got to me. Or maybe it was the fact that there were robotic arms that started breaking things. All in all, it was good, but it wasn’t in my top ten. I gathered the Talon crew together to rank the top 10 Disney Channel movies.

Two friends set out to reveal the true persona of a pop star Jordan Cahill whose flashy image was only just a fake reality created by his pushy record label. Jordan just wants to be a regular teen with the help of his two new friends.

9. Zenon Girl from the 21st Century

A teen fights gravity, Earth, and a villain intent on destroying her space-station home. She must return to earth to find ways to support her family and bring awareness to her home in space.

A Girl struggles to understand her true Chinese culture but must learn to be her true self to fight off the evil spirits. She learns to appreciate her parents and her backgrounds to support her friends and herself as she become the Homecoming Queen.

After finding out that she is descended from witches, Marnie decides to go with her grandmother to Halloweentown. When she discovers her grandmother has been acting distant, Marnie sees that her view of Halloweentown has changed since her arrival. She uses the help of her mom to find her strength in her own powers and save the day.

Kelly must learn discipline by attending a military school because of her step-father who thinks she has been misbehaving.  Kelly struggles to adjust to the demands of her new environment while facing the abuse of her commanding officer, Jennifer Stone. Kelly almost decides to leave until she she falls for a hunky classmate and decides to join the drill team just to spend more time with him.

Two teen witches who are separated at birth and adopted by two different families meet on their 21st birthday and must use their powers to save the world in which they were born, a world where their birth mother still lives.

Four girls that are best friends living in New York City try to make there way to fame when they are spotted by talent scouts. They form a singing group known as the Cheetah Girls and go through a journey of self-discovery along the way. They stand for sisterhood, friendship, and also having your own identity. Through Cheetah Girls 2 and 3, the girls travel from Barcelona to India on a search for adventure. We all have a little Cheetah in us.

The Stevens family heads to a tropical island for a free trip. While they enjoy the tropical air and not giving a care of life, they don’t realize that they are being filmed. Without permission, a television producer puts the family through obstacles to give his reality TV show a little spice.

Lizzie learns that 8th grade wasn’t the best year of her life. After embarrassing herself at her graduation, she wants to get out the country. She takes a school trip to Spain with her best friend Gordo and her class. Little does she know that her bully would be attending last minute. Lizzie’s first day in a new country turns into her finding out from Paolo Valisari that she looks exactly like pop star Isabella. She learns that friendship is better than love.

High School Athletes Troy Bolton and new girl Gabriella Montez meet up at a New Year’s Eve party at a local ski club. While attending school, Gabriella and Troy find themselves in detention with the rest of the crew. While Troy’s basketball season progresses, he must find a middle ground between basketball and his new found love for Gabriella. While the mathletes tell Gabriella that Troy is a “junk head basketball boy” and that she shouldn’t be seen with him. As Troy and Gabriella clean up the theatre, they get swept up in the music and decide to audition. With song and dance, High School Musical is an all time favorite.

How can we make the beloved station once again our first pick? First of all, Disney needs to play reruns. The classics need to come back so we can watch them and relish in the past.

“They should have like a throwback Thursday segment or Marathon Mondays where they play old shows all day. That would for sure [make] me go watch.” Vanessa Avila says.

According to Alyce Munoz, some examples of what to play are: “That’s So Raven, Wizards of Waverly Place, The Suite Life of Zack and Cody, Kim Possible, Hannah Montana, Even Stevens, The Proud Family, and Lizzie McGuire.”

In other words, stop playing what you have now. You’re ruining everyone’s lives.

But playing reruns will only keep entertained for a short term. Creating new shows that are fun, catchy, and all in all less bratty is what the Disney Channel can improve on. As a whole, we can all say that Disney Channel was a main part of our childhoods. If Disney can’t make our wishes happen, we have to do it for ourselves. So go turn on some High School Musical and enjoy a throwback night. Because, after all, “We’re all in this together!”