You are here: Home \ Arts \ Featured Posts \ Uncategorized \ Engage Your Love For The Stage
Arts
0

Engage Your Love For The Stage

Everyone on the CB campus knows about our Elly award-winning productions of plays and musicals, but few know about the other side of theatre at CB; the theatre classes. If you have a friend in theatre at CB, no doubt you’ve heard accolades about the classes led by Ms. Heather Christianson ’01 and Mr. Michael […] 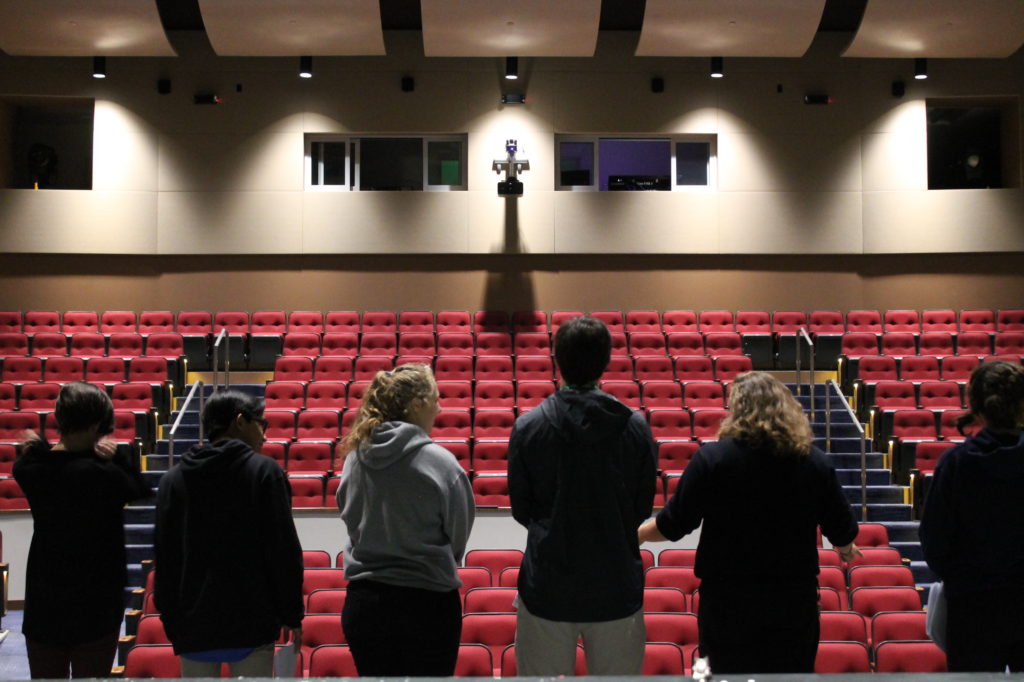 Everyone on the CB campus knows about our Elly award-winning productions of plays and musicals, but few know about the other side of theatre at CB; the theatre classes. If you have a friend in theatre at CB, no doubt you’ve heard accolades about the classes led by Ms. Heather Christianson ’01 and Mr. Michael Jackson. But what do these classes entail? And what makes them so lovable? The Talon delved into these classes to answer these questions. And where better to start to get answers than from former and current students of these classes?

“Mr. Jackson’s class is cool,” said Jacob Cherry (’18), who took Mr. Jackson’s class his Junior year and currently TAs for Ms. Christianson’s F Set. “You’re just experimenting with different acting abilities and it stretched me because I got to perform more dramatic roles, which at the time I hadn’t really gotten the chance to do on stage yet.”

Jacob also mentioned experiments with “rehearsed improv” in Mr. Jackson’s class. In rehearsed improv, you have an idea of the scenario you’re performing in; you know the character’s name, what they want, and where they’re going, but everything else is completely up for grabs. 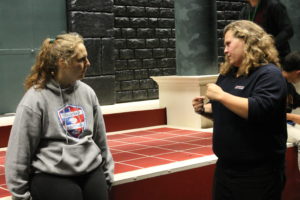 “[For example] we based our scene off of a painting,” explained Jacob. “We chose this [painting of a] secretary in her office looking back at the boss and we thought of this whole affair with the secretary and a client, but the [boss] is clueless to it.”

Jacob also talked about Ms. Christianson’s Theatre Arts class, where they learn everything from monologues from Othello and Hamlet, to accents in Pygmalion, to combining all their learned skills in performing Frankenstein. They even wrote their own original scripts that they were able to cast their classmates in. Marliss Neal (’18), who currently takes Ms. Christianson’s class, also mentioned that in this class you don’t just focus on acting, but on other aspects of theatre as well.

“I like the experience it gives you with a whole bunch of different characters,” she said. “But it’s not just acting that we cover but also tech, and lighting, and set design.”

Jacob concurs, mentioning that the classes “learn about a wide range of things.” Everything that you can imagine — from stage combat, to miming, to set and costume design– can be found in these classes.

Marliss specifically mentioned that her class has worked on how to light a scene properly.

“Okay, this is going to sound so lame if you haven’t seen it,” she laughingly explains. “But you get the cyc [a type of sheet used to create the illusion of a sky onstage], and then you get the lights, and you can be like ‘Well, what time of day is it?’. And if it’s a sunset, for instance, then you can be like ‘Pink!’ and ‘Blue!’ and ‘Purple!’ and then it’s a sunset! And it’s so cool!”

The subjects covered in the class are all good and dandy, but who should take the class? Well…anyone! There are so many different areas of theatre covered in these classes that there is no doubt that one part or another will appeal to you. And for those worried about the extroversion that is oft associated with theatre, have no fear. When I asked about this stereotype, both Marliss and Jacob were quick to dispel any of those thoughts.

“[That idea] is soooooo wrong!” Marliss practically yelled. “I know at least a third of the class definitely took the class to get out of their comfort zone. In theatre, everyone’s being an idiot, so you don’t have to worry about looking foolish because everyone looks foolish! It’s a really safe place.”

I think many people know someone who come off as majorly introverted, but when they get on stage they totally transform. The idea that you have to be extroverted to enjoy or excel in theatre is so false. If you enjoy something and are passionate about it, you’ll do well in it!

In Marliss’ wise words: “Theatre is love, and passion, and everything great in the world!”

So if you’re interested in theatre, whether you’re a veteran or a newcomer, check out the theatre classes at CB. They’re well loved for a reason — they’re some of the best around!