Beyond the Gridiron: CB’s Fascination With Fantasy Football

October: a time for Homecoming, Friday night lights, Halloween, and Fantasy Football. With the high school football season nearing the end of the regular season, fantasy football leagues have just begun heating up. Creating a fantasy football team takes just a couple clicks on ESPN.com or whatever website you choose, which has led to the […] 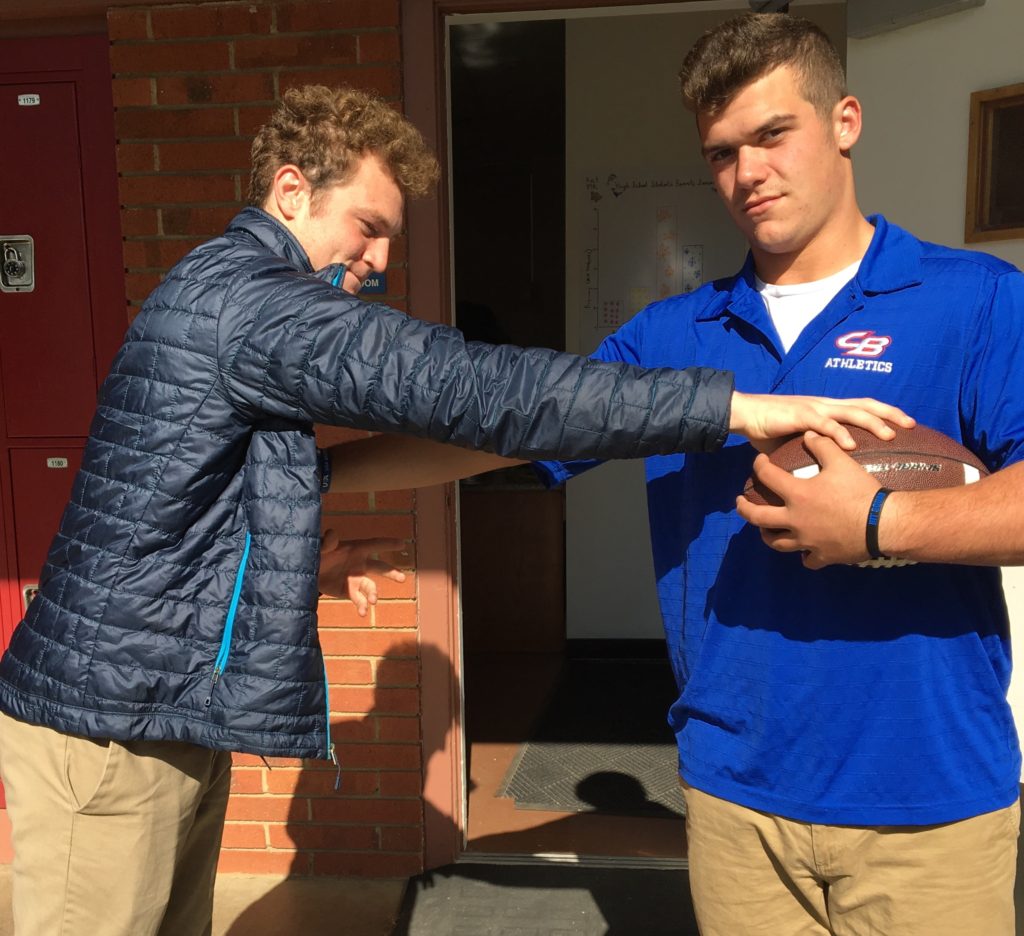 October: a time for Homecoming, Friday night lights, Halloween, and Fantasy Football. With the high school football season nearing the end of the regular season, fantasy football leagues have just begun heating up. Creating a fantasy football team takes just a couple clicks on ESPN.com or whatever website you choose, which has led to the creation of many fantasy leagues across the globe, as well as here at CB.

“All we had to do was make a couple clicks on ESPN.com and we had our league created and draft scheduled just like that,” said Matt Schneider (‘18), the co-founder of the Brother Bears Fantasy League.

Leagues often consist of 8,10,12, or 16 friends, coworkers, or family members who come together to compete as virtual football team owners. Fantasy football is a game in which regular people pick real NFL players and manage them as if it’s their team. The real NFL players earn points for their fantasy owners based on the NFL players’ performance during their real games on Sundays.

Jacob Jones (‘18), a member of both the Bears league, which consists of 12 friends from CB, and a 10 team league with family members, loves how fantasy football “makes watching football far more enjoyable, because if there’s a game that you wouldn’t otherwise care about, but you have a player in the game it makes an otherwise boring game intriguing.”

Jacob’s been playing since sixth grade, and his experience is paying off as he currently leads the Bears League with a 6-2 record, and has been feeding off the waiver wire so far this season. The same steps that go into developing a winning NFL team — draft picks, trades, and picking up free agents off of the waiver wire — are instrumental to creating and managing a successful fantasy football team as well. Fantasy matchups are between two teams in the fantasy league, and the winner is decided by which team of individual players collects the most points as a whole.

“I enjoy arguing and negotiating trades with my fellow bears,” says Drew Taylor (’18). “Also I love making blockbuster trades — my team is completely different every week.”

Different owners take different strategies to the game and building a team. Zach Byrne (‘18), currently leads the CB men’s water polo league and comments that, “I have made no trades and have basically the same team that I drafted. I don’t see the point in trading a lot. If I draft a good team, why would I change it?” 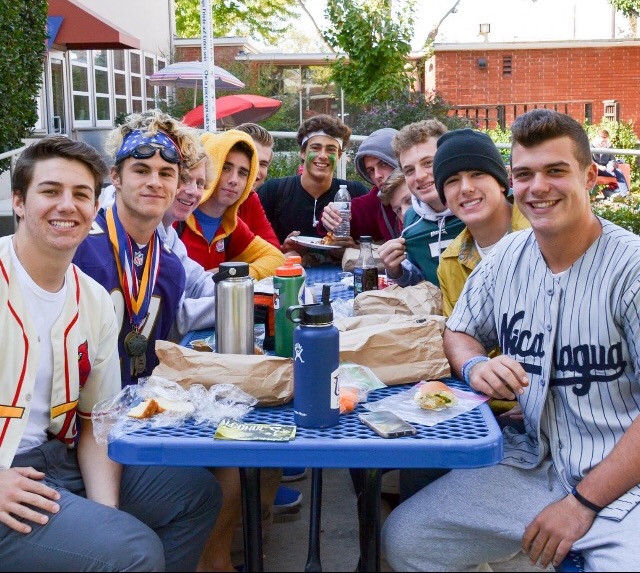 Some members of the Brother Bears Fantasy Football League at their daily league meetings, where trades are completed and smack is talked daily.

This strategy directly contrasts that of Drew and Jacob, but shows how fun fantasy football can be because you can decide to play with your team and make moves or be conservative and stick with your guys. It’s a little taste of being an owner of a real life sports franchise, which is one of the reasons it has become so popular in America.

Nearly 75 million Americans compete in fantasy football leagues all across the country, and there are many different types of leagues that play for many different prizes. Many leagues play simply for bragging rights, but others take it way past that. For example, the Brother Bears league rewards the winner of the league with a case of root beer as well as a free lunch at the J St. Taqueria in East Sacramento. The last place team’s owner will have a bald head when we come back to school after Christmas Break. In the League of Clout, a league that includes sophomore boys such as Will Carrey (‘20) and Luke Jones (‘20), the winner of the league earns an $80 payday.

Drew hopes that the Brother Bears League can continue making blockbuster trades and competing, “into college and beyond even as we all enter the real world of adulthood and hopefully mature”. To find a league of CB students that indeed continued through college and into adulthood, I didn’t have to look far. Popular campus icon Mr. Brendan Hogan, ’95, has been playing fantasy football since 1993, when he and nine other buddies from the CB football team began to play this brand new game called fantasy football.

This was before the days of the internet, so all the stats were tracked in the Sacramento Bee and the league commissioner kept track of schedules, transactions, and team lineups. Since then, the league has evolved and has been on the internet for the past 12 years, but still the same core group of friends from high school remain good friends through fantasy football.

“Even though I have moved around and made new friends in life and my high school buddies might not be the first guys I call when I’m free on a Friday night, they’re the first guys I want to play fantasy football with,” Mr. Hogan says. “I guarantee it that if we didn’t have this fantasy football league, we wouldn’t be as close of friends as we are right now. The fact that it brings us back together a couple times a year is awesome.”

For anyone that is trying to keep their fantasy league going long term such as Mr. Hogan and his buddies have, the video teacher says to not join a bunch of other leagues.

“You have to pick a league that you care about and be in it to win it. If you start joining a bunch of leagues, it becomes like a job. In addition to having a bunch of guys who really love fantasy football and have a passion for football,” he says. “Don’t water down your league — if you have an opening in your league, don’t just pick up a random guy. You have to choose wisely who you add to your league”.

CB students would be wise to take the advice of seasoned fantasy veterans like Mr. Hogan who have established long lasting leagues and have been playing fantasy since its creation. The competition with family and friends, strategy of building a team, along with the added excitement while watching the NFL on Sundays makes fantasy football a game that anyone can enjoy. It’s easy to start, fun to play, and takes no athletic ability, making there really no reason to not at least give fantasy football a try if you’re not already in a league.