An Apple A Day Keeps A Vegan OK!

The vegan lifestyle choice is all about not using or eating animal products. The beauty of being vegan has had somewhat of a negative connotation to it, but in reality, it is one of the most wonderful changes that you can make. Helena Geach (’18) and Emma Brueckner (’18) have both converted to being vegan […] 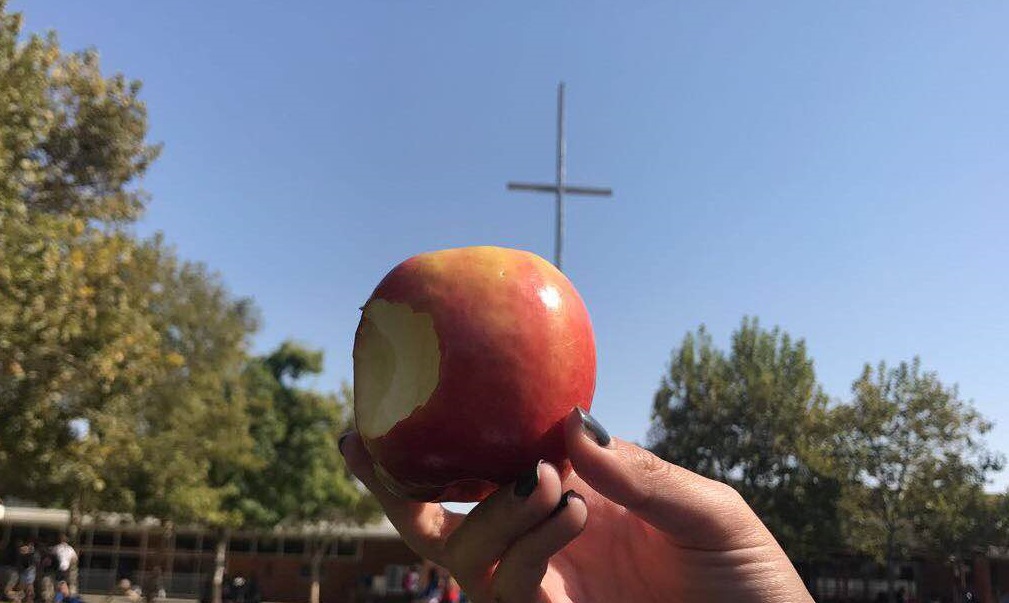 The vegan lifestyle choice is all about not using or eating animal products. The beauty of being vegan has had somewhat of a negative connotation to it, but in reality, it is one of the most wonderful changes that you can make.

Helena Geach (’18) and Emma Brueckner (’18) have both converted to being vegan and want to share their story with the CB community. I also thought it would be beneficial to include thoughts from my vegan activist aunt, Susan Moe, who has spent a great deal of time educating herself about the vegan lifestyle. Susan has many reasons why she is vegan. One of the arguments to become vegan is health related.

“Having a plant-based diet is the only scientifically proven to not just treat the top lifestyle diseases, it’s the only one that can actually reverse heart disease,” Susan explained.

Just because a food is vegan doesn’t necessarily mean it’s automatically healthy. For example, Lays and Oreos are not going to be substantial.  Having a vegan, whole food, plant-based diet is how to lead the healthiest life. Being vegan is an also act of having love and compassion for all animals.

“You can’t love dogs, but eat chickens — all animals are feeling sentient beings and deserve to live on this planet with us,” Susan says. “The atrocities of factory farming, even so-called humane farms, is nothing short or horrific and even if you aren’t the one directly abusing the animals, when you eat animals, you are helping perpetuate the cruelty and suffering.”

When you start thinking of how your food is processed to your plate, it becomes more direct to eat more natural food.

Another reason to take action and become vegan is for human rights, something we wouldn’t expect to be affected by eating animals, but surely is. For example, Susan claims that “82% of people who are starving in countries where we take their grain to feed our animals rather than having the grain available to feed them directly. Also the people living near animal farms are continuously exposed to dangerous chemicals.” The documentary What the Health goes more in depth about this topic and can be found on Netflix.

It is important to remember that veganism isn’t just a diet — it’s a belief system about living compassionately toward our planet, ourselves, animals and other humans.

Susan believes that finding new foods to eat shouldn’t be looked at as a negative, but as an opportunity to grow and find delicious and creative food. It’s more difficult for her to deal with people who find excuses to not be vegan. She found it’s helpful to replace the euphemism “meat” with animals. Saying “I like the taste of meat” and saying “I like the taste of animals” has a different connotation.

The second hardest part for her is the fact that she is part of a faith based community that preaches about compassion and empathy for others, and then having those same members eat animal products. The disconnect between the two is something she’d like to dispel.

Staying committed to veganism is easier when you follow vegan activism accounts on social media. Seeing the wonderful food, events and information that vegan social media accounts are putting out there for anyone to be influenced by can be inspiring. On the other spectrum, you also get to see the torture that occurs everyday. This helps remind us of the reasons why we choose to be vegan.

What ultimately helps Susan stay dedicated is that she is able to say she’s living compassionately. With veganism, she has seen a new happiness that comes with the vegan lifestyle, something I like to call the “vegan glow”. She explained that she could see her skin clear and her mentality get better. 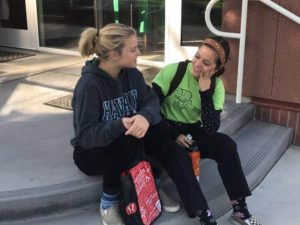 “When I eat food, it’s to fuel my body. I can feel it giving me energy, not weighing me down with fat and hormones.”

Helena recommends starting as a vegetarian and working your way into the fullness of being vegan. As she became more educated about the food industry, she decided to make the switch over to veganism. As it became a normal to her, she could see that “the less animal products that I consumed, the less I craved them and my palate totally changed.”

As a vegan, she began to experience the struggle of  not knowing what is going to be available at restaurants. To help with this you can refer to PETA’s website and see what menu items can be made into vegan ones. It is exciting to see establishments adding vegan and vegetarian options to reach a wider range of peoples dietary needs. Helena suggests going to downtown and midtown Sacramento to eat vegan out at places like Mother and Thai Coconut.

Emma expresses that most places you go can accommodate to your needs by request; for example, some burger joints can carry veggie burgers, which are cruelty free.

The abuse of animals and the vitality that comes with eating plant based is something that convinced Emma to convert to veganism. Being vegan has proven to prevent cancer, and with a history of cancer in Emma’s family, it’s been an important factor for her dietary change.

Emma has been able to see the changes occur — her skin is beginning to really clear up and her energy levels are increasing. Simultaneously, the switch has caused her to crave less junk food because most is not vegan. She has adjusted in a very positive way, saying that “eating healthier is much easier.”

Emma believes that the vegan glow reaches out further than the individual, but to the environment. Being vegan creates less damage to the earth and to the animals, along with having less food going towards livestock.