From The ATL To The West Coast: CB’s New Star QB

Gunnor Faulk (’18) … the mysterious new kid on campus. Little did you know, this kid with the creepy mustache is the starting quarterback of our Christian Brothers Varsity football team. He grew up in Winters, California before moving all around the United States due to his father serving our country in the Air Force. […] 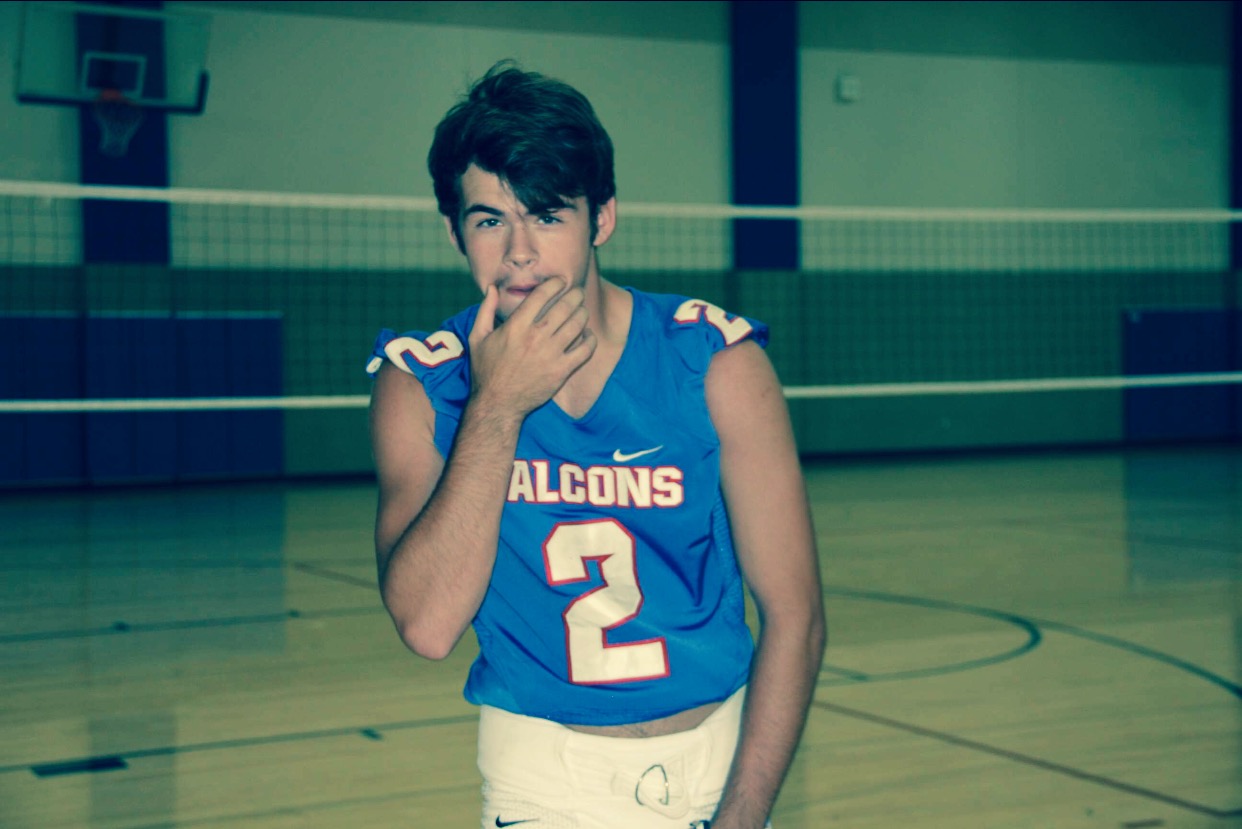 Gunnor Faulk (’18) … the mysterious new kid on campus. Little did you know, this kid with the creepy mustache is the starting quarterback of our Christian Brothers Varsity football team.

He grew up in Winters, California before moving all around the United States due to his father serving our country in the Air Force. Throughout all the change in Gunnor’s life, there was always one thing that stayed the same: his love for the game of football. Gunnor moving to new places always left him trying to fit in and football was the way to do it. Gunnor found a new home to show his talents at the prestigious Pace Academy in Atlanta, Georgia, where as a sophomore he lead his team to a win in the state championship game.

Gunnor was fitting in nicely at his new home, winning games, and having fun until one day everything changed. Halfway through his junior year he was told by his parents that they were moving back to the Golden State.

“I was confused,” Gunnor says. “But I understood that it would be a better situation for my future, so I was pretty happy with it and most of my family lives [in California] so that helped a lot”

Gunnor didn’t know what to think, but there was one thing for sure he did know — he needed to play football. Gunnor contacted a family friend about what high school he should attend and he found his new home: Christian Brothers High School. Gunnor has been at CB for about half a year now and he’s fit right in.

“Since I’ve been at Christian Brothers, I’ve become more and more acclimated to the culture that’s been provided,” he said.

“I think it’s been a pretty easy transition,” Coach Almond says. “He probably picked up right where he left off from where he came from — the guys have really embraced him”

Gunnor has started the 2017 season with his brothers on the gridiron and boy is he good. In the first week of the season against Manteca, Gunnor threw five touchdowns in a tough loss to the powerhouse Buffaloes. The Talon asked the man who coaches Gunnor on offense, Mr. Evan Boylan, about what he brings as a quarterback.

“Number one, good decision making and trust,” the offensive coordinator said. “he’s so quick, he’s one of the fastest guys on the team”

Gunnor has now played a game in both Georgia and California and says about the biggest difference between the style of play of these two football powerhouses.

“Physicality and finesse,” he says. “Georgia it was a more downhill running style, and here is more finesse teams using speed to get the edge”

Last year, our Falcons had the best season in 30 years led by star quarterback Tyler Vander Waal ‘17. Coming into the 2017 season, many people had the question of how is Gunnor going continue this success. Coach Boylan had the honor to coach both of these stellar quarterbacks and says Gunnor’s quickness will be key to the offensive game plan.

“Vander Waal’s huge, he’s just a huge dude,” he says. “I don’t think there much of a difference in arm strength between the two of them, Gunnor is very quick and nimble as a runner. He is smaller — our quarterback last year was bigger than anybody that was going to hit him”

On Saturday Gunnor will play in his first ever Holy Bowl, where he will lead the Falcons into battle against rival Jesuit. Gunnor has never played in a game that is as extreme as Holy bowl.

“I’m really just ready to see if it lives up to the hype,” he said. “It’s going to be a crazy game and I am pretty excited for it”

With the 2017 Football season under way Gunnor has set a big goal for him and his teammates.

“My individual goal is to lead our team to an undefeated season [from here on] which connects to our team goal” he says. “I feel if we go out every Friday and give everything we’ve got, we can make it happen”