With over 10 football games, 22 volleyball games, 12 women’s golf matches, 14 women’s tennis matches, 18 women’s and 16 men’s water polo games, how can an everyday CB student be expected to have the lowdown on each and every thrilling Falcons sports event this upcoming fall? Well look no further because Christian Brothers has its very own […] 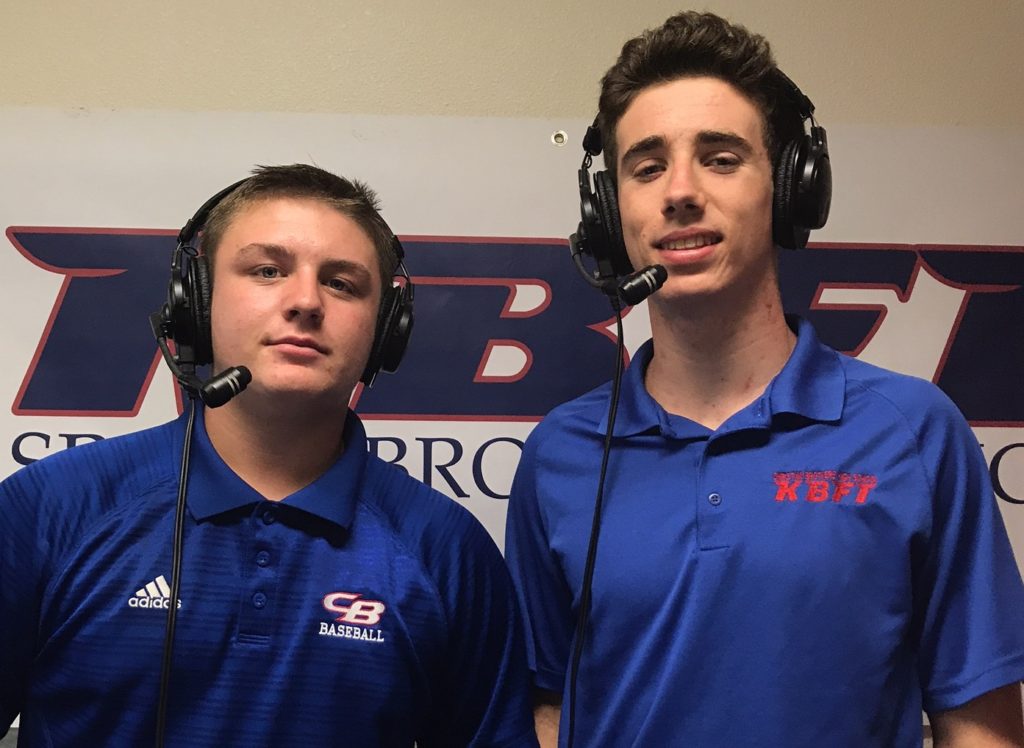 With over 10 football games, 22 volleyball games, 12 women’s golf matches, 14 women’s tennis matches, 18 women’s and 16 men’s water polo games, how can an everyday CB student be expected to have the lowdown on each and every thrilling Falcons sports event this upcoming fall? Well look no further because Christian Brothers has its very own ESPN — the Sports Broadcasting and Information team.

Going into the second year of the course, the current team is filled with fresh faces, KBFT trained experts, and a few veterans from last year’s inaugural roster of broadcasters. As it is headed by the dynamic duo of Video teacher Mr. Brendan Hogan ’95 and literature teacher/Talon adviser Mr. Dave Anderson ’07, the class has all of the tools to ensure all Falcon sports are covered with great attention to detail.

Jackson McFetridge (’18), who is one of the few returning reporters from last year’s class, has high praises for the class and its uniqueness.

“I think this is a very intellectual class and for something like this class to be [offered at Christian Brothers] is a huge privilege,” he says. “Sports broadcasting is not something you can do at any other school.”

Jackson, or Fetty as he is commonly referred to in Studio 608, went on to elaborate on the fact that being a member of the Sports Broadcasting is an opportunity that he “has to take advantage of” because of the “family” the team builds during A set.

Mr. Hogan adds the fact that this class is welcomes all Falcons, no matter their experience with the video components of the course.

“All we are doing is pointing a camera at a football game. I mean, I would like it if you had video experience,” he says. “I totally encourage anyone who has enthusiasm for sports.”

One of the most recognizable students in Sports Broadcasting, Emily Shepard (’18), who is famous for her work as the sports anchor on the fifteenth  season of KBFT, wants to continue her work covering CB sports.

“I have always really enjoyed talking about sports and looking at sports from a different perspective,” she says.

On another note, Emily strongly agrees with Mr. Hogan’s point that one does not need to be any video experience in order to succeed while covering sports.

“The editing skills come in handy when making a highlight video for your sport” but Emily adds that “there will be kids in your class that can do it for you, so [experience in video] is definitely not needed.”

An example of this inexperienced group is senior Joe Sheehan (’18), who feels that his introduction to the journalism world has been a breeze under the tutelage of Mr. Hogan and Mr. Anderson.

“[Mr.] Hogan is really good with understanding if you don’t know how to use photoshop or edit videos,” he claims.

The Sports Broadcasting class is live streaming five football, five women’s volleyball, and several men’s and women’s soccer games via NFHS at nfhsnetwork.com and on the CB Athletics Facebook page.

So maybe next time those colorful pre-reg sheets come around and you are a fan of sports, interested in journalism, or just waking up to a fun-filled class, look into Sports Broadcasting and Information.