Train tracks. Brace face. Metal mouth. If you had braces or currently have braces, you understand the pain of having to endure these cruel nicknames. And unfortunately for most people, the ridicule does not end with the removal of braces, but only amplifies with the replacement of retainers. For those lucky few born with perfect […] 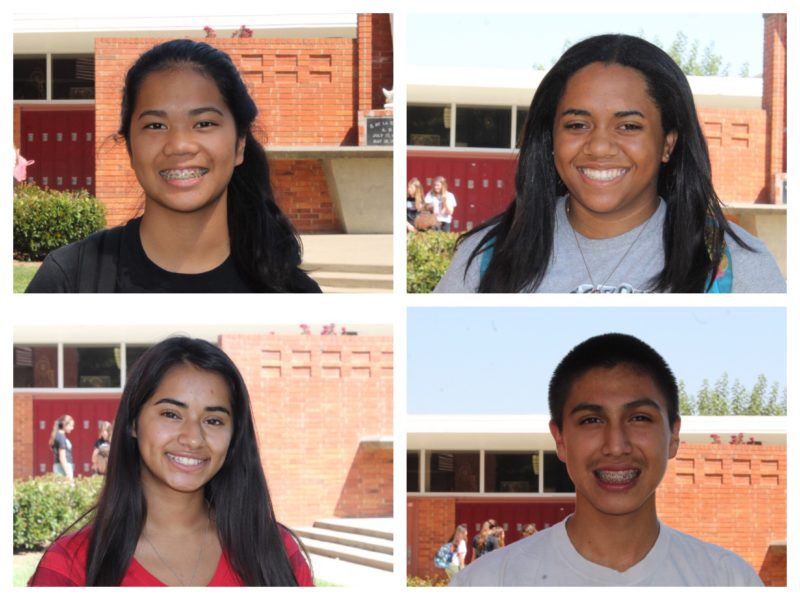 If you had braces or currently have braces, you understand the pain of having to endure these cruel nicknames. And unfortunately for most people, the ridicule does not end with the removal of braces, but only amplifies with the replacement of retainers. For those lucky few born with perfect teeth, the life of a “brace face” is foreign, but for the rest of us, it’s an unfortunate reality. With over four million US citizens having or needing braces, it’s about time CB plunged into the world of braces.

Braces are forced upon someone for a number reasons. Reasons can range from gaps between teeth, cooked teeth, overbites, to just a seriously messed up mouth full of teeth with a different combinations of problems. For most people, the premonition of braces is terrifying, but for those few with seriously messed up teeth, it comes with ease.

“I was relieved because I knew I was gonna need [braces] at some point,” reveals Sydney Durana (‘20). “And I’m kinda glad that I got it now then later.”

But of course, having braces on in high school is never ideal.

“I had to go into high school looking like a freaking nerd with some braces on,” grumbled Cianna Hamilton (‘18). “Braces make you look younger than you really are.”

But whatever the reaction, braces are an inevitable future, because without them, a smile full of crooked teeth wouldn’t be the biggest problem you’d have to worry about. Chewing and talking can become more difficult due to jaw and teeth alignment problems. Your risk of gum disease and tooth decay significantly increase due overcrowded and crooked teeth trapping bacteria and food in your mouth.

Unsurprisingly, getting metal brackets glued onto your teeth connected by a metal wire is not the most enjoyable thing to experience. To give those non-braces wearers a sense of the pain, the Talon asked current and past “brace faces” to rate, on a scale of one to ten, their pain of getting those troublesome brackets on.

“To get them on, it’s probably like a 7 because sometimes the wires are too long and they cut your mouth or the glue burns your gums,” Cianna explained. “Getting them on you have to get used to it like a month or so but then it’s not that bad.”

“When I first got them, like a 7 or 8 but then I got used it and then it just reduced,” agrees Alfonso Ruiz (‘20). “It was really only the after-pain that hurt.

“Like 8, because my orthodontist was really bad and I didn’t like him. He kinda just wanted the job done,” Sydney bitterly says.

Since the majority of people who need braces need them for years, the orthodontist you have can make or break your braces experience. Childrens orthodontics is an especially hard trade since brackets and wires break more often than adults due to a child’s tendency to not follow all the rules of having braces. Rules such as no eating chips, popcorn, gum, carrots, apples, caramel, nuts, peanut brittle, etc. On top of the long list of restricted foods,  people with braces have to floss using a special kind of tool that allows the floss to go behind the wires to get in between the teeth.

“It’s too much,” Alfonso wearily tells the Talon.

But if the rules aren’t followed, it can result in broken brackets or wires, the use of rubber bands to straighten teeth and align bites, or even getting another set of braces. One may think that the threat of getting braces a second time is nothing more than a bluff but take it from Cianna Hamilton, a braces repeater, that an orthodontist’s warning is not an intimidation tactic but indeed a severe consequence for not following the rules.

Cianna painfully remembers when her orthodontist broke the news to her that her braces journey was far from being over.

“I was like ‘I’ve just been through this!’ and I didn’t want to get them again because I was going into high school,” Cianna angrily exclaimed. “[But this time] I just did my normal thing like braces weren’t even on my teeth,” she said with utter contempt.

So even if all the rules are followed and you do everything exactly as your orthodontist says, braces are still an unpredictable game. Teeth can be pulled to make space in your mouth, long wires can cut your gums when you eat, food can be stuck in your teeth at embarrassing times, and so many other possibilities. Despite all these sacrifices made to adjust to the braces lifestyle, not a single person I have met has ever regretted getting them on. Straight teeth makes the pain and suffering all worth it.

“I feel more confident in smiling and the way I look because my teeth aren’t bad anymore,” happily declares Alfonso, a two years and counting braces wearer.

“Knowing that it’s going to come off and my teeth are going to look beautiful,” Sydney says fantasizing about her future smile.