You are here: Home \ Falcon Sports \ Featured Posts \ What Day Is It? Game Day!
Falcon Sports
0

What Day Is It? Game Day!

It began with Holy Bowl. Then came Holy Court and Holy Hoops. Games against our rivals are the center of CB athletics as the competition on the field rivals that of the spirit war in the stands. On April 28, 2017, the Holy games are continued with none other than Holy Sticks as women’s lacrosse […] 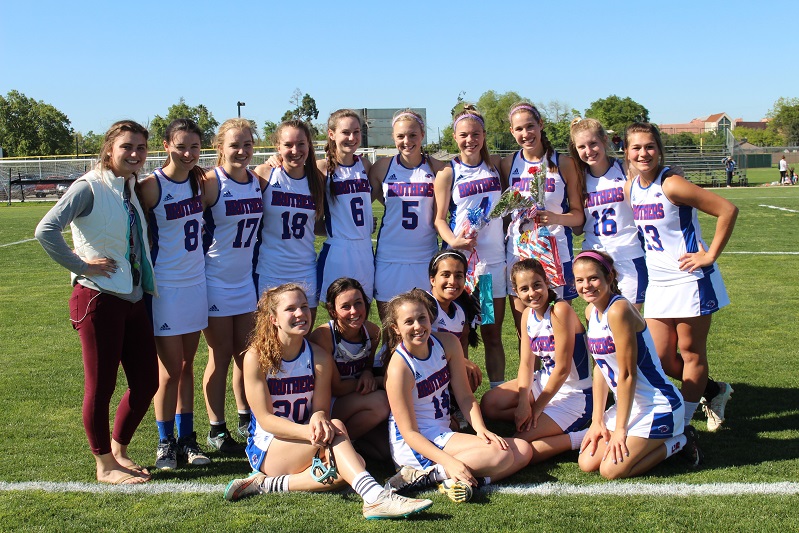 It began with Holy Bowl. Then came Holy Court and Holy Hoops. Games against our rivals are the center of CB athletics as the competition on the field rivals that of the spirit war in the stands. On April 28, 2017, the Holy games are continued with none other than Holy Sticks as women’s lacrosse plays its biggest rival: Saint Francis.

Last year the competition was fierce. The varsity lax team hustled up and down the field against SF. It was close the whole game and ended up at a tie at nine to nine. SF ended up coming up with a goal in overtime, ending the game. This devastating loss only fueled the fire for returning varsity players Megan Walaitis (’17) and Hailey Hunt (’17).

“I’m looking forward to the SF rematch. Last year our team came up short by one goal in overtime, so I think everyone has that burst of energy to win,” said Megan with a competitive smile.

The motivation to beat SF is definitely present on this years team. With three underclassmen and seven returning varsity players, the team is looking pretty stacked. Every game they have improved immensely, and with this as their last game, having an entire season under their belts can only help.

“The team has had rocky parts to the season, but everyone is focused and ready to play their hardest this week,” explained Megan.

“Like Megan, I’m looking forward to hopefully getting some redemption,” said Hailey with a positive attitude. “Last year was a hard loss and since we lost so many seniors, this season has had its moments, but despite that, I know we’re ready to go all out this last game.”

Recent games against Granite Bay and Oak Ridge were tough loses, but have allowed the team to see their weaknesses and build on them. It’s all about those 50/50 ground balls and that shot placement, am I right, ladies?!

Having support and being cheered on can cause some pregame jitters, but it ultimately encourages the team to play their hardest and make their school proud.

“I want people to know this is a huge game for us and any support is greatly appreciated.” said Megan. “We have worked so hard this season and it comes down to in our mind, the biggest game!”

When it comes to what to expect at the game, expect it to be close. Our CB lax girls are right at the SF level and it will be a close game.

“I think both teams are equally skillful, so it’s gonna come down to who want it more, which personally, I believe is us,” said Hailey. “Above all we’re a team that works on and off the field extremely well, we always know what day it is… GAME DAY!” Megan then chimed in with the game day chant.

It’s going to an entertaining game and it is that last of the season, so come out and support your Varsity Lacrosse team at Mather Field tomorrow at 7:15 P.M!