Christian Brothers houses many dual sport athletes and even some three sport athletes. This means that when fall and winter sports seasons come to a close, many athletes begin looking for a new sport to fill their spring season. There are plenty of options for all those who want to compete in a spring sport […] 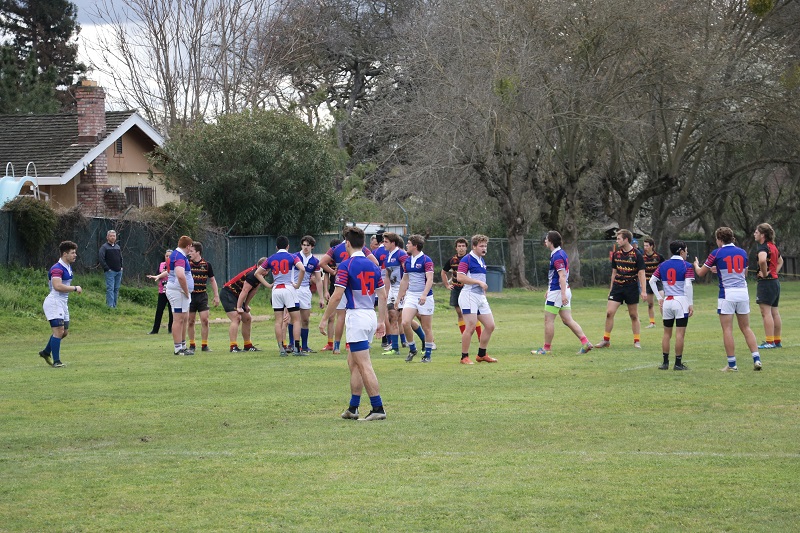 Christian Brothers houses many dual sport athletes and even some three sport athletes. This means that when fall and winter sports seasons come to a close, many athletes begin looking for a new sport to fill their spring season.

There are plenty of options for all those who want to compete in a spring sport at CB, including track, men’s tennis, women’s or men’s lacrosse, dive, swim, and rugby.

In recent years, rugby has been gaining popularity.

“Last year there were around seventeen seniors that came out, and this year there’s a lot of new underclassmen….probably a good 20 new people played this year,” Colin, a returning player, shared.

You might be wondering why this sport so popular? Most of the new athletes were drawn to the sport because of their friends. Colin has certainly introduced many of his friends to the sport.

“It helps when you recruit them, because then you know if they want to come out or if you are just forcing them to come play”

Jeremy Fernandez (’18) was interested in keeping active in the spring while still having fun.

“My friends Mitchell and Bacon actually got me out there. It’s actually a very friendly game,” he claims. “From the outside it looks violent, but to a certain extent it’s organized chaos — and it’s a lot of fun!”

Jeremy went on to share how when has made many new friends and grown closer to a lot of his fellow teammates.

“It’s a new sense of teamwork,” he said.

Brennan Eckel (’18) also shared that he was drawn to rugby for the excitement. He heard many of his classmates talk about the sport and thought he should give it a try.

“I have played football for five years, but I wanted to play rugby because it looked like fun and a lot of my friends played”

Even with his athletic background, Brennan found it challenging to learn a new sport.

“Most of the rules are kind of hard to understand, but with a little bit of time, I was able to figure it out.”

Colin also knows that the rules of rugby are difficult, but he always welcomes new players.

“At first it’s kind of annoying because not everyone knows what they are doing…you have to teach the other players. However, once they learn the sport it’s fun because then you have more players all enjoying the game together.”

Both Brennan and Jeremy have enjoyed their first season as varsity rugby athletes and would definitely recommend it to anyone else interested in learning a new sport.

“I’m really glad I joined. It is really fun, and I’m getting to know new people. Anyone who is thinking about it should at least try it,” Brennan shared.

“I would absolutely recommend playing rugby to just about anybody! You just gotta get out there, have a good time, and play hard!” Jeremy added

The rugby team has a unique bond, and are always looking to attract new players. They have had a great season so far and are currently on a three game winning streak. So if you are looking for more fun for your spring, go join the team and try something new.