Blood. Trauma. Lovable surgery residents. The iconic and memorable medical drama of our generation: Grey’s Anatomy. Grey’s Anatomy has been watched by many since the premiere on March 27, 2005, and the love for this dramatic TV show has been ongoing ever since. Currently, season 13 is on air on ABC and for those bandwagoners like me, Netflix has […] 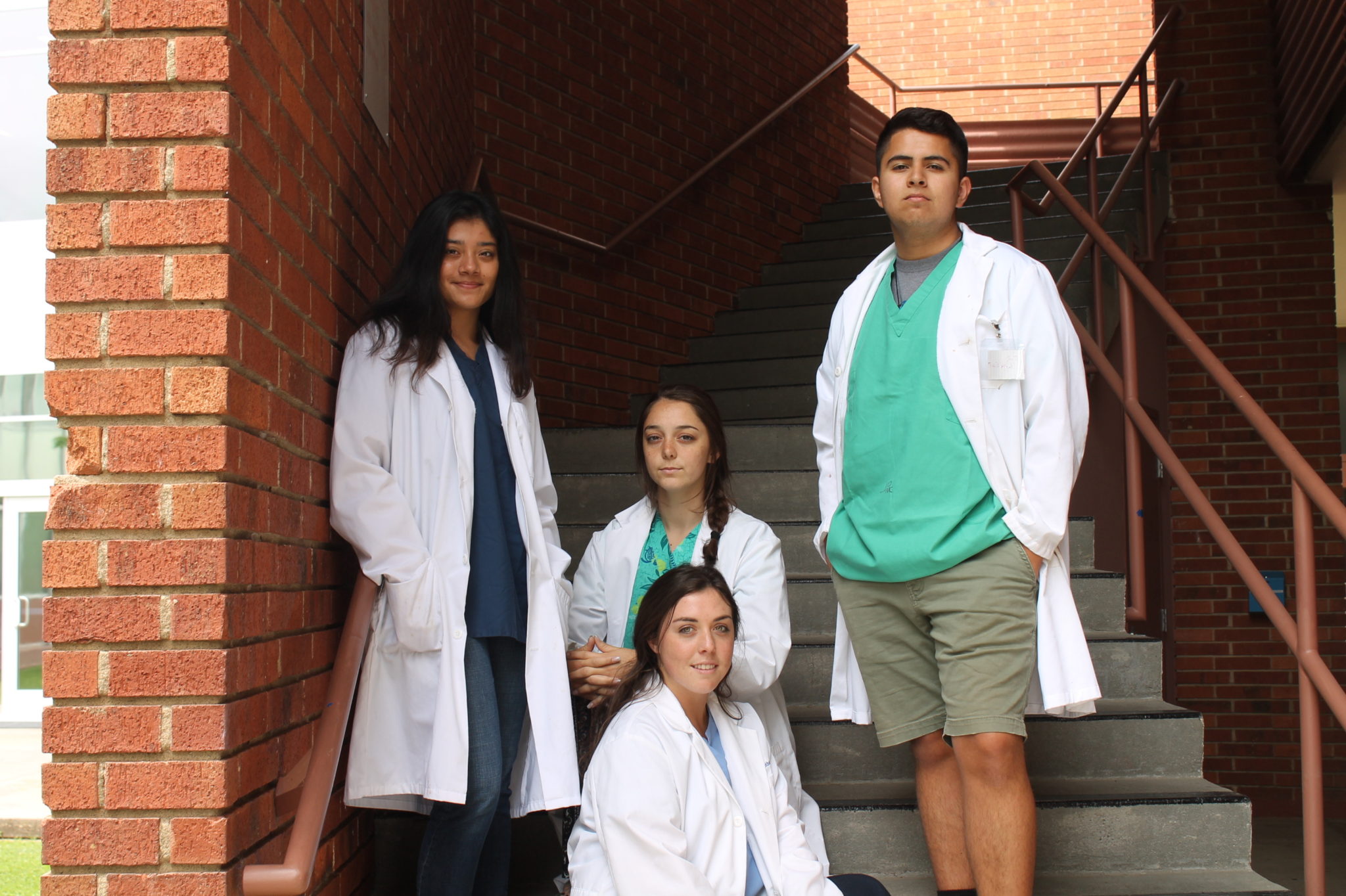 Grey’s Anatomy has been watched by many since the premiere on March 27, 2005, and the love for this dramatic TV show has been ongoing ever since. Currently, season 13 is on air on ABC and for those bandwagoners like me, Netflix has all 12 complete seasons up to date.

The Talon decided to interview current CB students about their love for this addictive show and their insight on the emotional or “dark and twisty” main characters like Meredith Grey and her lovable group of surgical pals.

Kenzie Lusich (’17) says how she began watching a few episodes of the show out of order at the age of ten because of her parents and cousins. By the age of 12, she had decided to watch everything from the very beginning because it had completely sparked her interest. She said how every weekday during the summer she would binge watch for at least three hours.

“The first episode I watched, this guy tried to cut off his own foot with a chainsaw — and [my cousins] they were like ‘yeah its pretty nasty’, and it didn’t bother me so I was just like, oh I’ll be fine.”

When she was asked to say her favorite character, she said how it would be too cliché to say Meredith Grey, being that she is the show’s main character. So she decided on Meredith’s surgical pal, Alex Karev.

“He starts off as the jerk or the bad boy out of all the interns and then he ends up becoming lovable — the guy that’s really hard on the outside but has a soft spot deep down,” Kenzie says. “He’s a layered person, and it’s interesting to see his character unfold throughout the seasons.”

“To me she did not have a lot of dimensions to her character,” she said. “She was the same messy person throughout — never really learned from her mistakes.”

She goes on to say how despite having a few mishaps with a few characters, she loves the show because it’s fun being involved in the cases of the hospital, trying to predict what will happen next, and developing relationships with all the characters.

“Its gotten to the point where I’ve watched it for so long that I consider them my friends,” she says jokingly. “They are totally not real and it’s hard coming to the realization that there is no Seattle Grace Hospital.”

She adds how the dynamics of the show and the characters are always developing and keeping up with modern times, so it keeps the audience on the edge of their seat.

“I’m on season 12 and Meredith Grey especially becomes a new person — she’s always going to be dark and twisty, but she becomes more independent,” she said delightedly. “It’s more focused on girl power”.

She admits that despite her not being the type to cry during sentimental movies/TV shows, she has definitely cried throughout the show. 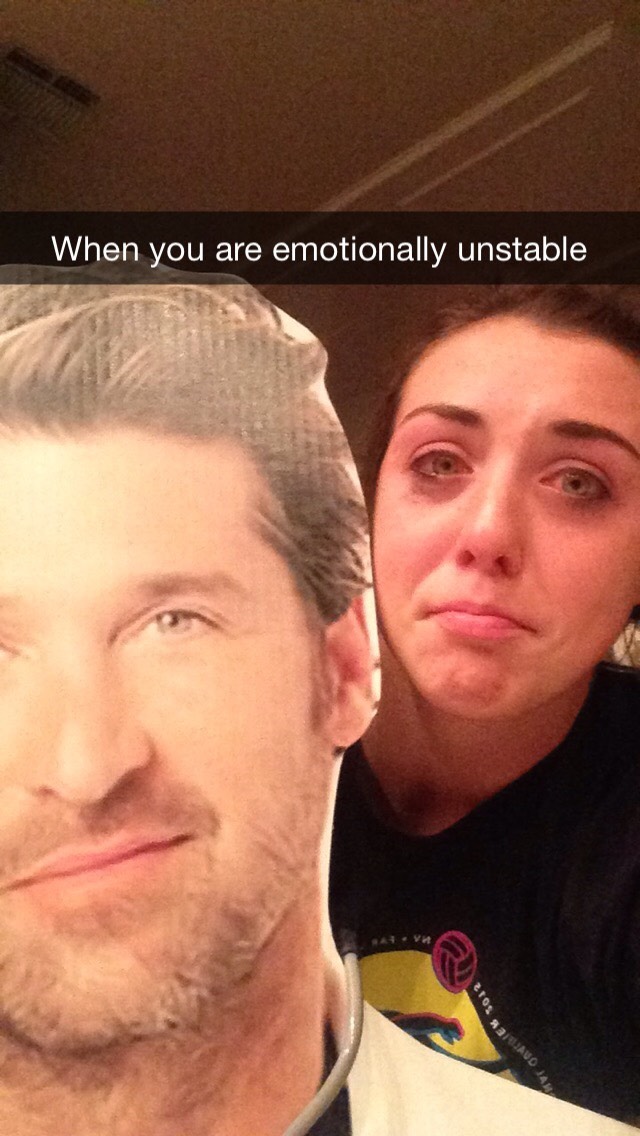 Kenzie takes a selfie showing her love for one of the shows main character, Derek Shepherd.

“I couldn’t help it —  I was sobbing out loud. I have a cardboard cut out of Patrick Dempsey [who plays Derek Shepherd] and I was crying next to it after a devastating episode,” she said hysterically.

Kenzie also shared that this show sparked her interest in becoming a nurse.

“When I first got into the show, I was like orthopedic surgeon all the way,” she said enthusiastically, “But then I had a reality check and I thought about med school and how expensive and time consuming it would be.”

Kenzie and I agreed that Grey’s Anatomy is hands down, the best show we have ever watched. It’s a show that you can get wrapped up in and it’s a show that anyone can relate to personally.

“Its my first love,” she said romantically and I added sarcastically, “and you can’t get over your first love.”

Erin Chelini (’17) also shared how she enjoys how in depth and personal the show gets and how heartwarming every character is. Adding how George O’Malley, played by T. R. Knight, is one of her favorite characters.

“He’s honest — and so cute,” she said adoringly.

Like Kenzie and I, even Erin has fallen victim to the tears, but says how its not always all dramatic and emotional.

“They’re really funny and at times sarcastic. And I enjoy that.” 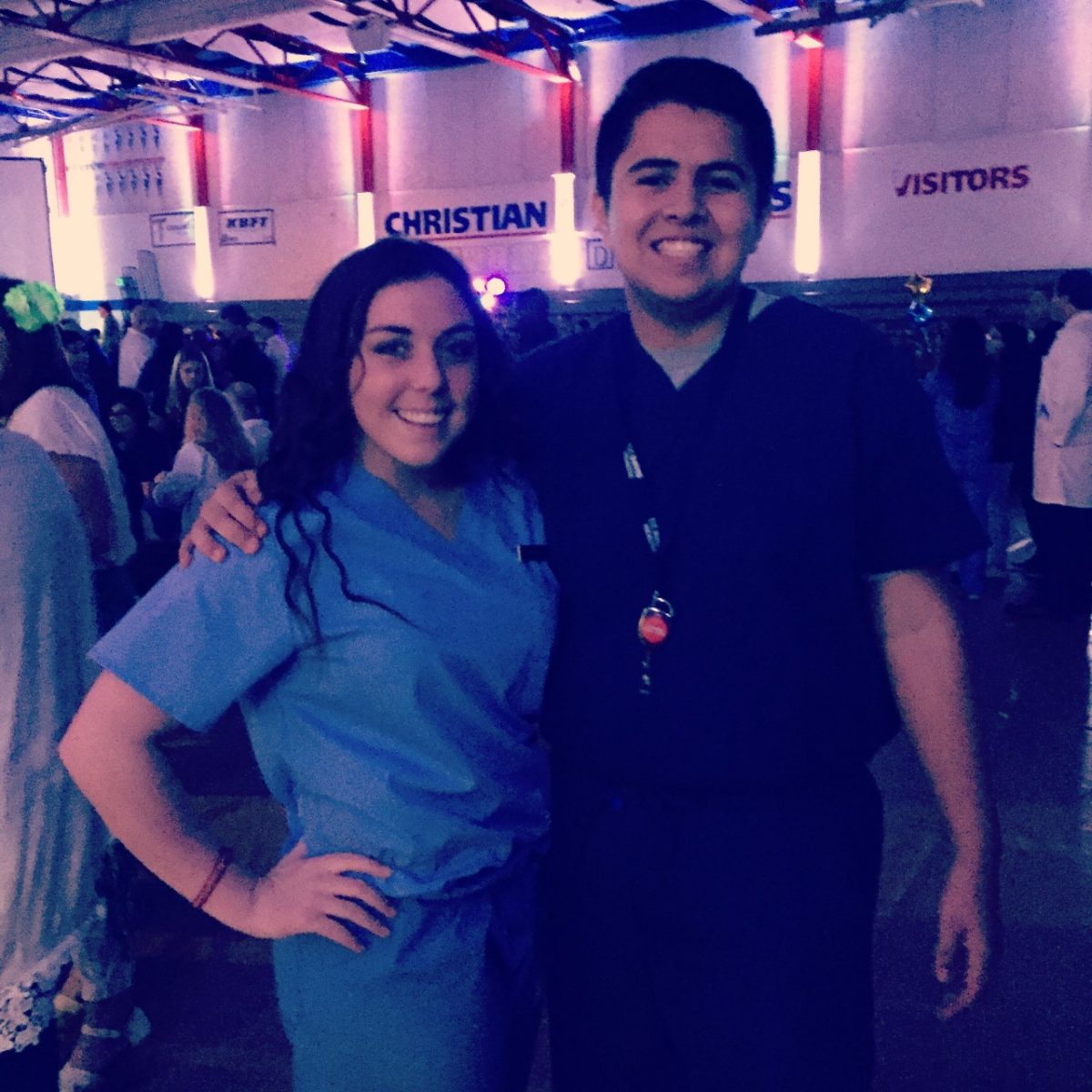 Kenzie poses next to aspiring surgeon Sergio Castillo at the 2017 CB Family Dance.

Grey’s Anatomy is a must watch show and if you haven’t already- your missing out on a timeless hit. Not only is it addicting, but it is also a great life motivator and gives quality advice and wisdom to its fan base.

Here’s one of my favorite monologues from the show:

“It can be scary to find out you’ve been wrong about something, but we can’t be afraid to change our minds, to accept that things are different, that they’ll never be the same — for better or for worse. We have to be willing to give up what we used to believe. The more we’re willing to accept what is and not what we thought, we’ll find ourselves exactly where we belong.”