You are here: Home \ Community \ Featured Posts \ No Prom? No Problem
Community
0

No Prom? No Problem

It’s that time of year again. No, not finals week, thank God, but prom season. Of course, I probably didn’t need to tell you that. In fact, if you’re a senior or a junior, you’ve probably been counting down the days and making sure you have everything you need. But what about those students […] 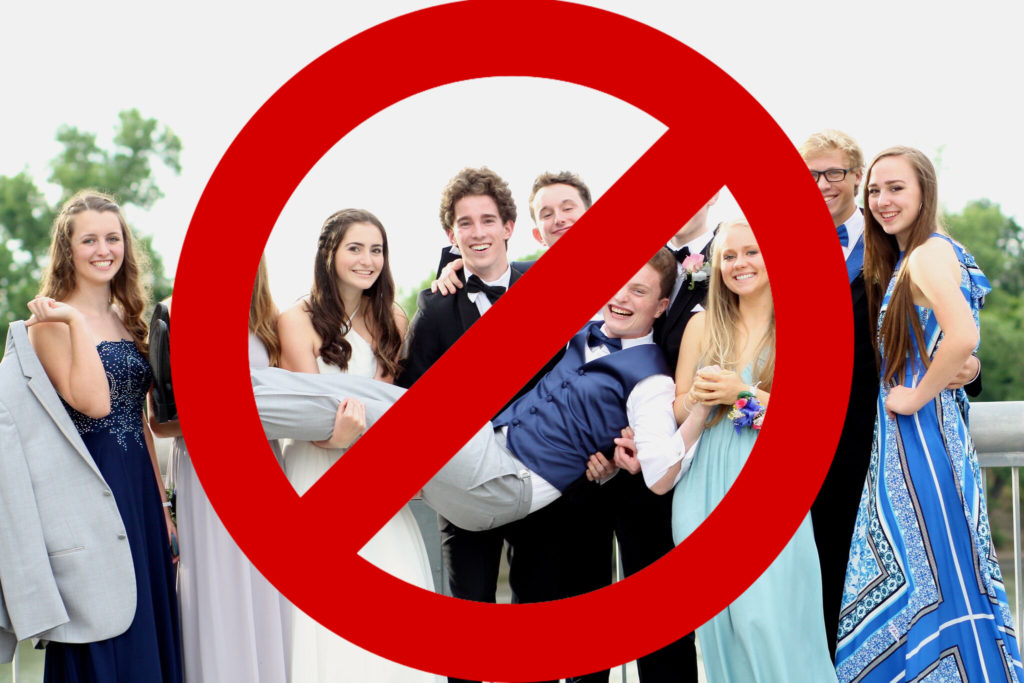 It’s that time of year again. No, not finals week, thank God, but prom season. Of course, I probably didn’t need to tell you that. In fact, if you’re a senior or a junior, you’ve probably been counting down the days and making sure you have everything you need.

But what about those students who aren’t going? Let’s face it, despite all the hype, prom is not all that convenient. From a date to a dress or a tux, there is a lot to be done before the big night. As a result, many students decide to skip the stress and just not go. It all comes down to one question: are a few hours of fun really worth the extensive planning beforehand?

“I think it would be worth it to go” shared Morgan Jones (’18). “But this year I’ve decided that I’m going to stay home and study for my finals because I have two tests next week and prom is not a top priority right now.”

Morgan brings up a fair point in concerns to schoolwork — many students in AP classes are about to start finals in order to be prepared for upcoming AP tests. As far as Morgan and surely other students as well, are concerned, prom is simply not as important as grades.

While Morgan worries about her academics, other students have focused more on the financial aspect of attending. Helena Geach (’18) elaborated on just some of the stresses of not being able to flip the bill.

“First you have to pay for your ticket, then you have to pay for what you’re wearing, and also being a female, there is more that goes into getting ready and it’s more expensive,” she explained. “It just seems like a lot of work for something that’s just not really my thing.”

Though there are countless ways to save money when it comes to shopping for prom, there is so much ground to cover that it all adds up. Girls have to buy a dress, shoes, and a ticket but also have to spend money on getting their hair, makeup, nails, etc. done before the big night. While some of these costs are more optional than necessary, it often comes out to a couple hundred dollars.

Another problem that arises is perhaps the most obvious, the problem of not having a date. Karly Kiefer (’18) shared her opinion on the age-old enigma of whether or not to go if you don’t have a date.

“I know that you’ll have a fun time with your friends, but [prom] is very centered around a date,” she explained. “When the slow songs approach and everyone has a date at the table with their corsages and pictures, and everyone always talks about that and you’re just there.”

While no one contests that going with friends at prom can be a fun experience, Karly makes a fair point about feeling a little awkward. Of course the night is what you make of it, but sometimes the idea of going stag while all your friends have dates is not the most appealing.