As we come to the end of the season of Lent, we also bring to a close our annual Lenten almsgiving project. This year, CB chose a project unlike any that we have taken on before, one that is of utmost importance in today’s world. “Generally, we always do Lenten almsgiving internationally — we always […] 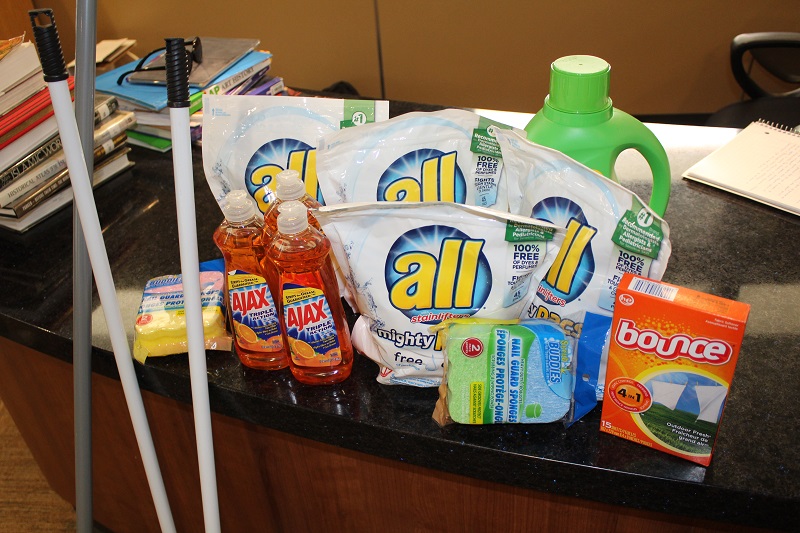 As we come to the end of the season of Lent, we also bring to a close our annual Lenten almsgiving project. This year, CB chose a project unlike any that we have taken on before, one that is of utmost importance in today’s world.

“Generally, we always do Lenten almsgiving internationally — we always give money to our sister school in Ethiopia,” stated CB’s Director of Christian Service Mrs. Jennifer Lystrup. “Most people don’t know that the money we send comes from the donations from the family dance. We decided this year to go full circle and say that we were going to help those coming from overseas escaping persecution that are resettling here.”

CB teamed up with the Sacramento Food Bank and Catholic Relief Services to help refugees who have left their countries and homes due to war, religious persecution, poverty, and many other factors. Many refugees have a hard time adjusting to life in the USA, and their limited fixed incomes do not make their displaced lives any easier.

“When a refugee comes in, it doesn’t matter how large their family is — they’re only given $1500…that’s usually for housing,” explained Mrs. Lystrup. “They have many obstacles, whether it’s the language barrier or that they don’t know the system very well or they don’t know their resources.”

“I always think of what it would be like if I went to another country and just didn’t know anything,” she continued. “How scary that must be!”

Many of these refugees are not given very much time to adapt to a new way of life, and that’s where the CB community came in to try to take care of some of the simple worries of the refugees.

“[The refugees] have often left everything behind — they usually just come with a few items of clothing, so basic things in the house like blankets or sheets or mops, brooms, [and] cleaning supplies are all needed by these families,” she explained. “We don’t really think of that. We think it’s a given that they know about grocery stores and how much of a choice there is…we don’t think about the cost, and it is especially difficult because these families are on a fixed income.”

Becoming conscientious about the struggles of others and then taking action to help is really what Lent is all about.

The Talon spoke with Campus Ministry Director Mrs. Jen Yearwood to get some more specifics about how we should live out the season of Lent.

“Lent is a good opportunity to stop and examine the way we are living,” she commented. “It’s meant to be a more solemn and reflective time, and through the actions of praying daily, giving to the poor, making sacrifices, and fasting, we can become closer to God and closer to others.”

Mrs. Yearwood also emphasized the importance of making a real effort to help others during Lent instead of making empty promises that only benefit ourselves.

“I always encourage people to, instead of giving something up, make a commitment to do something,” she said. “Not that giving up chocolate or soda is bad, but it sometimes just becomes an empty sacrifice that doesn’t mean much. The whole point is to start to think about ‘What am I sacrificing?’ And then ‘How does that sacrifice make a difference for other people?’ And that’s where giving alms comes in.”

CB students, staff, and families show their concern for the poor year round by participating in community service, donating to charities, and volunteering for local causes. But the season of Lent calls us to do more than just have a concern — it asks us to displace ourselves and our own lives for the benefit of others.

This year’s almsgiving project provides the CB community with an opportunity to do just that, and as Lent comes to an end, along with our school year, it is outreach projects like this that continue to make CB the place to be.