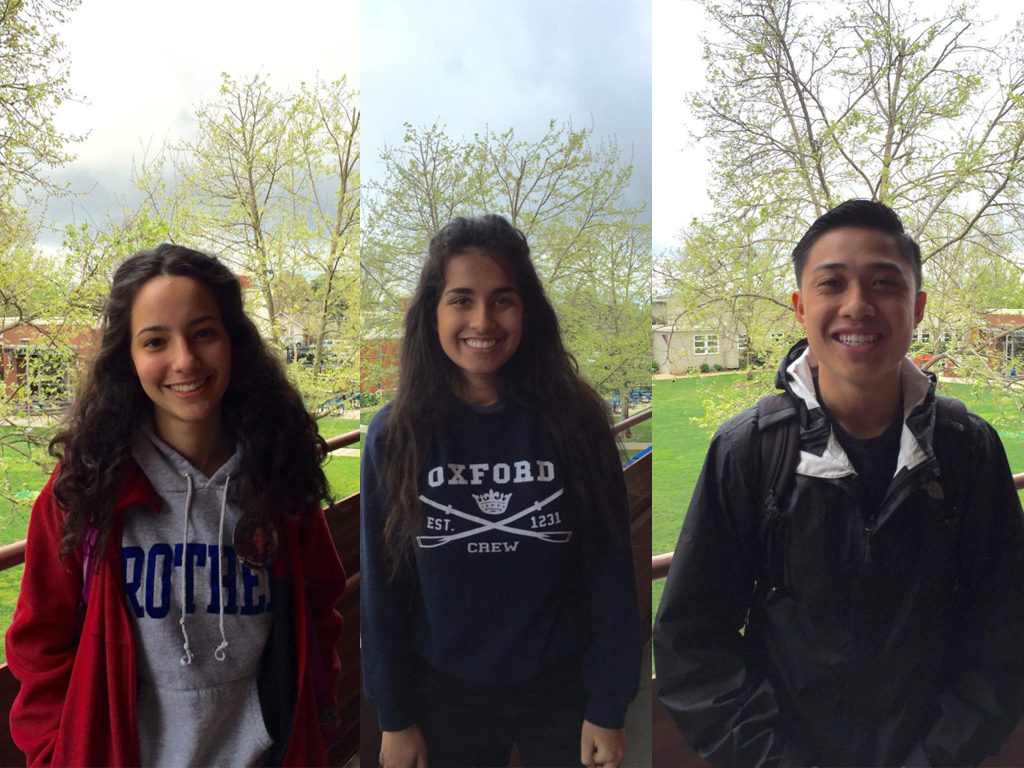 As the ASB elections approach, we as students have to think about who we want to represent us. For many of the underclassmen, it may be difficult to vote for someone you’ve never heard of before. And for many of the rising seniors, it may be difficult to make a choice as you finally get to elect one of your own classmates. Luckily, the Talon is here to help you make an informed decision about the future ASB President.

Each of them makes a fine candidate, but what sets these three rising seniors apart? Let’s take a look at these candidates in the order that I had the pleasure of speaking with them. 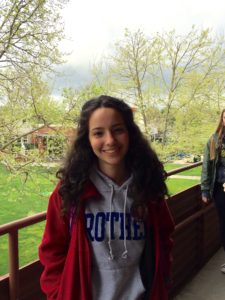 Sofia is a Taekwondo brown belt. She participates in the Sacramento Zoo’s Zoo Teen program to educate kids about animals and the environment. She peer tutors, participates in Moot Court, and is also active in her church community.

Sofia has wanted to run for ASB President since middle school, and when she first joined the CB community as a part of the Freshman Council, she was inspired by watching her older sister, former ASB President Victoria Linares ‘15, run the meetings. As the next year approaches, Sofia hopes to follow in Victoria’s footsteps.

“Freshman year I did freshman council and my sister was ASB president. In middle school I wanted to run for president but I really doubted myself because I didn’t want to lose and not get on Student Council. But this year, I decided to take the risk because I really want to be president.”

Last year, Sofia ran for Historian/Publicity Commissioner, but lost the vote to two current seniors. She also ran for a position on the Junior Class Council, but again lost the vote. This year, she is determined not to let her last year’s experience discourage her from running again.

“I lost twice last year, but I’m back because I really want to do student council,” she said eagerly. “We have 7 AM classes on Tuesdays and I am not a morning person, but if it’s Student Council, I will wake up and go to it. This is what I like to do and what I’ve always wanted to do.”

She considers herself an outgoing person, and for her, the main goal of being ASB President is to make every individual student feel like an integral part of the community.

Sofia, a native of Venezuela, also added that for her this election carries an extra significance.

“I can’t be president of the United States because I wasn’t born here, so this is the next best thing and I will give everything to the position. It’s not just for the college application, it’s about the emotion that goes into this.” 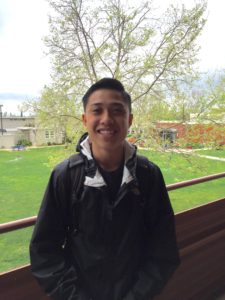 Zach is the only male candidate. He is involved in robotics, a peer tutor, a scholar, and a soccer player. Like Sofia, Zach’s sister was also ASB President, only she went to one of CB’s rival schools.

“My older sister was ASB president for Saint Francis, and I watched her and I thought it was cool. It’s been my whole high school plan to get there, since freshman year. My main point of emphasis would be to boost school morale,” he says. “School spirit has been decreasing, and I really want to pick it back up, especially for rallies and spirit days. . . I want to bring the classes together with spirit.”

Zach is by nature very competitive, and many of his goals include increasing school spirit by giving an incentive to boost school morale.

“Next year I definitely want to make all classes compete against each other. . . and whichever class wins can have free dress the next day. . . If you give high schoolers an incentive I think they’ll go the extra mile.”

Zach appreciates the opportunities he has at CB, and he wants to help inspire others to feel the same way. He tries to increase school pride at every event he attends.

“This last rally made me upset,” said Zach, referring to the Fun Run Rally. His cheerful and optimistic tone suddenly changed as he spoke of a matter dear to his heart. He became more serious and emotional as he continued.

“People should be excited at rallies,” he said. “I know if no one around you is [participating] you don’t want to be the kid screaming your head off randomly, but I want to create an environment that really inspires kids to go out and express themselves and show school spirit, because we all picked this school for a reason. It’s a good school and you should make the best of it.”

As president, Zach wants to increase involvement all around and to make everyone feel as happy at CB as he does.

“I want to be the person who makes the change,” the candidate said with a candid smile. “I don’t want to go through anyone else any more, I want to take other people’s input and be the person to make the change. . . It all starts with the senior class. Since we’ll be seniors I want to put myself in a position where I can inspire people to make that change.” 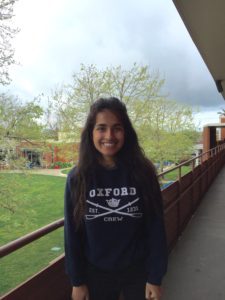 More commonly known as Nav, she is a twin, a Moot Court participant, a peer tutor, and a Lasallian Student Ambassador. She also blocks other people’s shots as lacrosse goalie, but she sure hopes to score a spot as next year’s ASB President.

Unlike her opponents, Nav does not have an older sister to set an example for her in the presidency. Nevertheless, she has been inspired by other leaders throughout her three years of student council at CB.

“I’ve been kind of thinking about running for president since freshman year, and I’ve thought about a bunch of other positions, like treasurer, but recently I’ve realized [being president is] really what I want to do. I’ve seen Ayana [Watkins] (’17), and Victoria, and Katelyn [Bates] ’16 [the last three ASB presidents] and they loved what they did and they really made a change at CB. I want to be a part of it.”

While Sofia’s number one goal is to make everyone feel included and Zach’s is to increase school pride, Nav really wants to see tensions between the classes fade to create one integrated group of CB students.

“My goal as president is to bring about a community that is more unified. I noticed this year that our upperclassmen are really separated from our lowerclassmen, and I see all these small groups, but I want to just make everyone part of one CB.”

Nav said that a key part of the learning process involved with student council is taking chances to make changes. Although Nav said that some of her ideas have not been accepted, these setbacks have not discouraged her from taking more chances and creating more plans to improve the school in the future.

“I’d say I’m the best candidate because when I say I’ll get it done, I’ll get it done. And I don’t make the same mistake twice. . . I’m not afraid to come up with an idea and have it be rejected.”

One of Nav’s current ideas is a Mother’s Day fundraiser to help with tuition assistance, and she said that as president, one of her areas of focus would be to help more students pave their way into “The Place To Be.”

All three of these rising seniors have a lot to offer the school. They all have experience with councils in middle and high school and want to help improve CB in any way they can. As the election draws nearer, make sure to keep an eye and an ear out to these students’ posters and speeches so you can make a fully informed choice on who you want to be president. After all, they also share the main goal of improving the school for students like you.