You are here: Home \ Falcon Sports \ Featured Posts \ Early Dismissal: Not As ReLAXing As It Seems
Falcon Sports
0

Early Dismissal: Not As ReLAXing As It Seems

Jealousy. Anger. Frustration. These are all emotions a student feels when they see a classmate leaving early for a sports game. Little do they know, it’s actually quite inconvenient for most student athletes. The Women’s Lacrosse team knows the difficulties of being dismissed early, as they often travel vast distances for a single […] 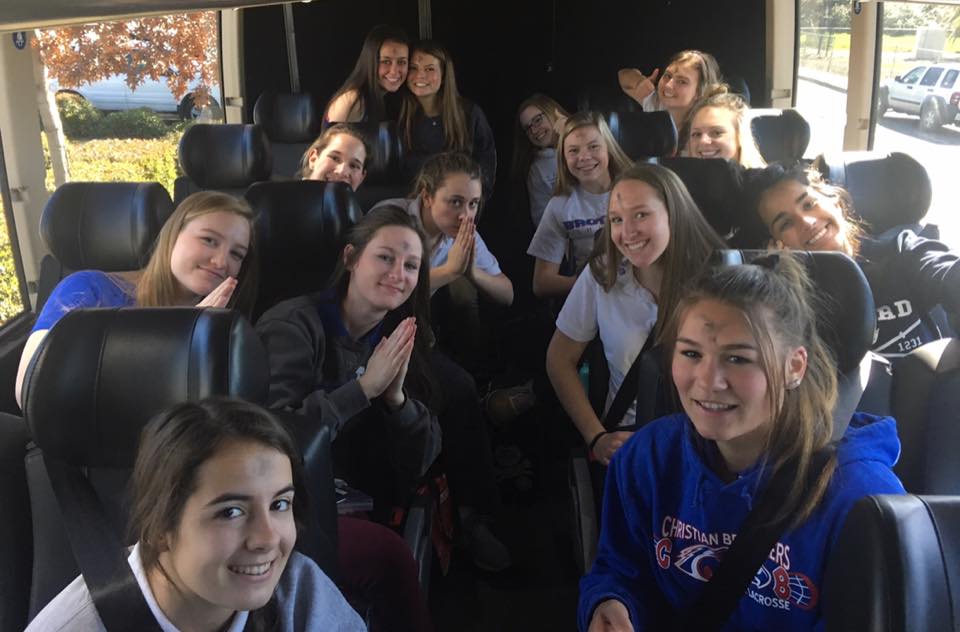 Jealousy. Anger. Frustration. These are all emotions a student feels when they see a classmate leaving early for a sports game. Little do they know, it’s actually quite inconvenient for most student athletes. The Women’s Lacrosse team knows the difficulties of being dismissed early, as they often travel vast distances for a single game. The Talon spoke with Women’s Lacrosse Coach Ms. Cheryl Flaherty and players Mary Enos (’18) and Anna Clare Nelson (’18) to get some insight on their opinions of early dismissal.

Women’s Lacrosse is known for lengthy bus rides and weekly Bay Area games. The players are pulled out of class around 1:45 PM — often twice a week — and therefore miss a significant amount of class time. Although the lengthy bus rides may seem like a prime time to work on all that missed classwork, catching up on sleep and avoiding carsickness seems to always take priority.

Mary and Anna Clare claim that the most efficient way to keep their grades up are planning, planning, and some more planning.

“If it’s a Wednesday game, I need to get all my homework done that’s due Thursday on Tuesday night because I know I won’t be able to work on it on the bus,” explained Mary.

“It’s also really important to communicate with your teacher and figure out what you’re missing in class ahead of time,” added Anna Clare.

Ms. Flaherty also has to balance school and lacrosse as she teaches freshman and junior history classes. As a teacher, she has helpful advice for all student athletes when it comes to how to handle leaving class early for games.

“I definitely have to have a lot of forethought before the day that I’m gone and have a comparable assignment for my students,” she explained. “Since I’ve been teaching this class for a while, it’s gotten a lot easier to plan around our away games.”

“I always touch on the fact that my players need to communicate with their teachers,” she added. “Especially since I’m a teacher — I know how frustrating it can be.”

With only a few league games in the Sacramento area, the lacrosse team is forced to travel to the Bay Area for games almost every week. Ms. Flaherty explained that the Bay Area games tend to be the closest and most competitive (other than Saint Francis, of course).

“We travel a lot because we only have seven league games here in Sacramento, which are all against D-I schools like Granite Bay and Saint Francis. We want more than those league games because the Bay Area games tend to be better and more evenly matched.”

Anna Clare and Mary explained that they enjoy traveling to the Bay Area for games because it allows for more variety in competition. Competing against only D-I teams would be frustrating, so the opportunities to play against far away teams allows for a more fun season. Playing more teams also helps the team become more competitive and better their skills for big games like Saint Francis.

All athletes who are dismissed early for games understand that it isn’t always great to miss that math test or Spanish quiz, as it often results in stress and constant rescheduling. It’s important to plan ahead and build strong relationships with teachers in order to make early dismissal a little less stressful.