Athens & Greece: A Trip Through Time

We’ve all learned about the Roman and Greek Empires in our history classes. However, very few get to visit the historic locations where the chariot races were held or where the Greek gods and goddesses were worshiped. The Talon got the chance to talk to Mr. Tom English and Ms. Patti Gallagher about this summer’s trip to […] 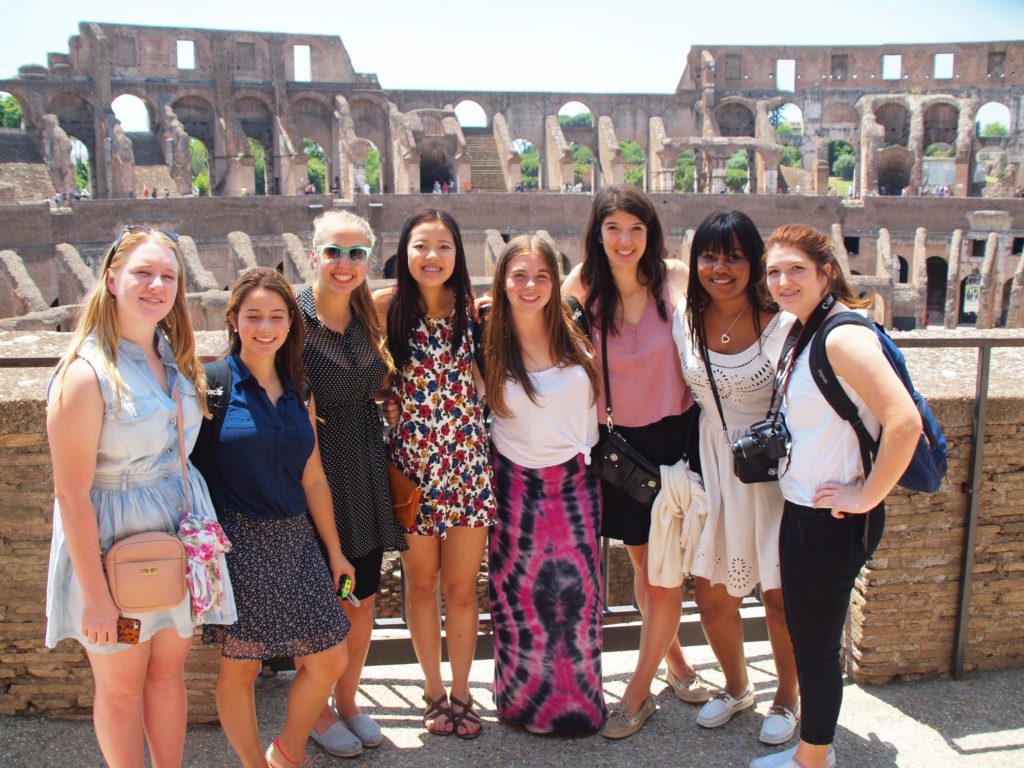 We’ve all learned about the Roman and Greek Empires in our history classes. However, very few get to visit the historic locations where the chariot races were held or where the Greek gods and goddesses were worshiped. The Talon got the chance to talk to Mr. Tom English and Ms. Patti Gallagher about this summer’s trip to these amazing places.

Since 1996, Ms. Gallagher and Mr. English have taken over 500 CB students around the world to places such as Spain, France, Germany, and Austria. Twenty years later, they will be taking a small group of students to Greece and Italy.

Mrs. Gallagher, a long time French teacher at CB turned Director of the International Program, started these trips to expose her students to French language, food, and life.

“These trips are designed to create an awareness of culture and open the students’ eyes to a small part of the world,” said Mr. English.

As high school students, we don’t get to see much of the world. We have school during the year, and summer is filled with work, summer school, and short trips to the beach. Being able to travel thousands of miles away to experience a new culture and be fully immersed in a new world is an opportunity enjoyed by few.

“Nothing experienced on these trips can be seen here,” explains Mr. English.

Starting in Athens, the group will tour historical locations such as the Acropolis, the Parthenon, and Olympia. Quickly following this stop, the group of students will scuttle on over to Delphi, Patras, and then ferry over to Bari and continue their journey throughout Italy in the famous cities of Sorrento, Pompeii, and Rome.

While these travels will be accompanied by guided tour, Mr. English will also share his expansive history knowledge with the group.

“It’s like taking his classroom outside of the walls,” Ms. Gallagher said. “I feel like one of his students.”

These trips have opened the eyes of attendees and have called some to partake on their own foreign endeavors. For instance, the son of Mr. Danny Delgado ’79 went on a trip with Ms. Gallagher and Mr. English and now teaches English in Shanghai. The Talon’s own Mr. Dave Anderson ’07 also went on a trip as a student with the two and has started taking CB students on trips as a teacher. This past summer, he even had the chance to take students to Costa Rica with Ms. Anna Fernandez.

Ms. Gallagher believes that these trips are truly eye-opening and important in building empathy in students.

“Someday, I hope someone can say that I taught them how to look at the rest of the world and be a good citizen of it,” she said.

Mr. English and Ms. Gallagher both encourage students to attend future trips because of their ability to become culturally aware.

“Our motto is ‘Enter to Learn, Leave to Serve.’ There is no better way to serve the world when you are aware to its various cultures,” commented Ms. Gallagher.

It’s an understatement to say that this trip is special. These students will walk back in time and return ready to be global citizens for the future.