You are here: Home \ Falcon Sports \ Featured Posts \ The State Of The Kingdom
Falcon Sports
0

The State Of The Kingdom

Demarcus “Boogie” Cousins traveled to New Orleans having led the Sacramento Kings to wins in four of its past five contests, his team only one and a half games out of the final playoff spot in the Western Conference. Trade talks surrounding the three-time All-Star had quieted lately, as Boogie made clear his desire to […] 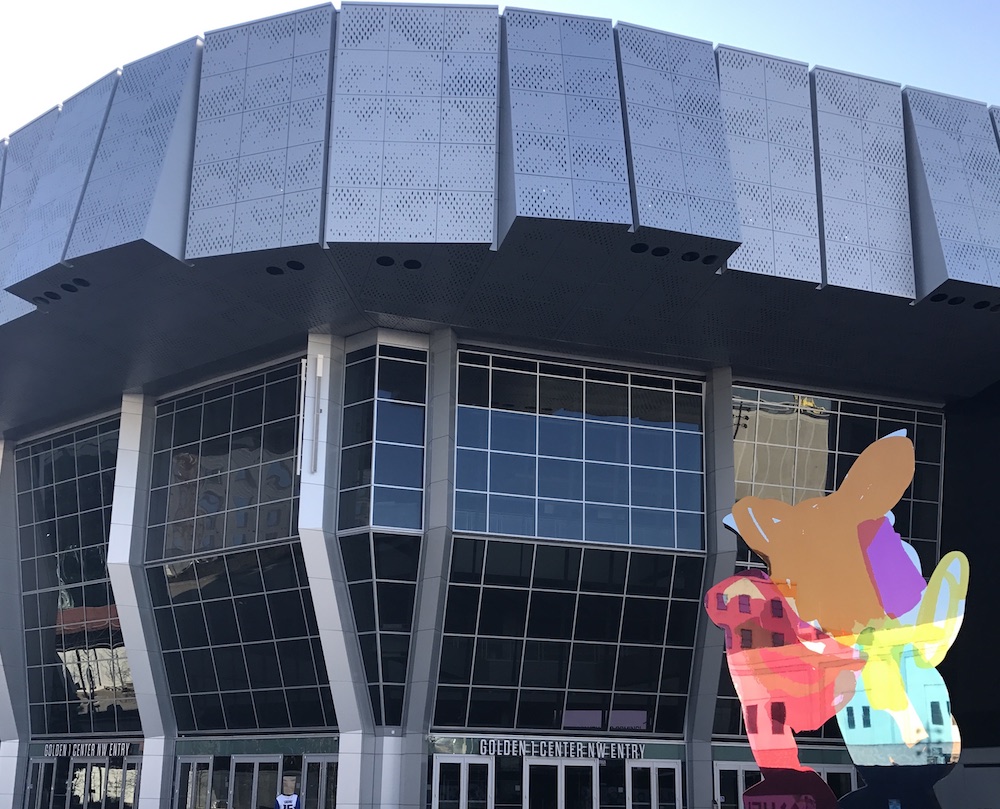 Demarcus “Boogie” Cousins traveled to New Orleans having led the Sacramento Kings to wins in four of its past five contests, his team only one and a half games out of the final playoff spot in the Western Conference. Trade talks surrounding the three-time All-Star had quieted lately, as Boogie made clear his desire to remain in Sacramento until his jersey and a championship banner hung from the rafters in the luxurious Golden 1 Center. Meanwhile, Kings GM Vlade Divac affirmed several times his refusal to trade the young center.

But on Sunday evening, the Kings shipped Cousins, along with forward Omri Casspi, to the New Orleans Pelicans in exchange for rookie guard Buddy Hield, a top-three protected first round pick in the 2017 draft, and guards Tyreke Evans and Langston Galloway. Though some fans acknowledge the positive aspects of this trade — Hield was an electric scorer at the University of Oklahoma and good enough to be the sixth overall pick in last year’s draft, while this year’s draft class is slated to be one of the best in recent memory — many CB teachers and students were left shaking their heads yet again at the Kings’ executives given the lack of value the team received in exchange for such a special talent.

“It was not fair. We traded in a twenty-dollar bill for a five and some ones,” says Donya Airola (’17), a self-described “newbie” Kings fan.

Other students, who have followed the team since childhood and witnessed first hand the past ten years of dysfunction, were even more upset with the trade. It already feels like DeMarcus will be “the one who got away”, following in a long line of players who showed flashes of potential with the Kings, only to be wasted away or under-appreciated. Names like Isaiah Thomas and Hassan Whiteside come to mind, and seeing them flourish in other franchises is one of the many reasons it has become so tough to be a Kings fan.

Butchered draft selections hurt too, such as missing out on lottery picks like Klay Thompson, Damian Lillard, and Zach LaVine to take Jimmer Fredette, Thomas Robinson, and Nik Stuaskas, respectively. Stauskas seems to be playing better this year in Philadelphia, but Jimmer is in China, and who knows what old T-Rob is up to these days? Some of these guys are clearly busts, players who were clearly not ready for the intensity and speed of the NBA game.

But who’s to say a talented guy like Ben McLemore would have been so disappointing in a competent franchise like San Antonio, or, for that matter, would a hothead like Draymond Green succeed in Sacramento? Wouldn’t Demarcus Cousins have torn it up if he were to trade places with Green in Oakland, surrounded by winners and coached by guys like Mark Jackson or Steve Kerr?

For those who say that’s unrealistic, that Steph and Klay are special, once-in-a-generation talents: the Kings had the opportunity to draft them both, but passed. And let’s not forget about the coaching mistakes; Scott Brooks became an assistant under Eric Musselman in 2007 and actually interviewed to replace him as head coach that offseason, but was rejected for former player Reggie Theus.

Sure, it’s easy to say that all of this stuff is completely unpredictable, and there are some legitimate arguments for starting fresh this time. A $200 million contract for one player? Yeah, that’s one of them. But it’s hard to deny how awful this team has been for the past decade. For context, there will be freshmen next year at this school who weren’t even alive when the Kings won their last playoff series. Even we seniors were alive then, but we don’t remember it. So I think it’s hard sometimes to stick with a team this bad, when we’ve never been able to enjoy the good times. It’s hard to be hopeful.

Senior Joe Macaulay (’17), whose favorite all-time Kings memory is Tyreke Evans’ game-winning half court shot versus Memphis, was “absolutely devastated by the news on Sunday evening.

“The first thing I did was to look who we got for [Cousins]. Three players who are averaging under ten points per game. Terrible trade, just terrible,” he says.

“I was shocked,” said history teacher and varsity football coach Mr. Evan Boylan, a dedicated supporter since his days in middle school during the reign of Jason “White Chocolate” Williams and Chris Webber. “It came so out of the blue… there were all the public comments about how they weren’t going to trade him, and then all of a sudden it just hit. And it’s just shocking. We’ve been talking about it for years. Should we keep him, should we trade him? Can we build around him? But once it actually happens, it’s pretty jarring. And then there’s disappointment with what we got in return. The timing of it [stinks].”

Mr. Boylan believes that, had the Kings waited until the summer or pulled the trigger on a Cousins deal two years ago when he was not due for free agency and a huge contract, the Kings could have leveraged more in return. But forget some trade back in 2015 or down the road this July, U.S. history enthusiast Mr. Vince Leporini thinks that Divac needed only a few more days to negotiate a better deal.

“In a trade you want to be the one that doesn’t blink. And we blinked, way early”, he insists, channeling his own psychological theories he teaches in AP Psychology. “It seems like there were some other playoff teams on the cusp of making a playoff run that would’ve panicked. Or coaches and GMs that are in trouble of losing their job. But it came across as, we just took the first, or according to Vlade, the second [offer]. He saw a downward trend when the opposite was true.”

Some reports have surfaced that Cousins’ agents meddled in the process, telling teams with whom Divac negotiated that Cousins would not re-sign with them this summer and that he would only commit to the Kings when Cousins has the option to become a free agent, thus increasing the risk for any team considering moving on Cousins before the trade deadline. But why sabotage the Kings’ front office like that? By staying in Sacramento this summer, Cousins could have taken advantage of new rules in the league’s collective bargaining agreement to sign a $200 million contract in the offseason, about $30 million more than he would have elsewhere, say, in a place like New Orleans.

But Pat Barnes (’17) sides more with the Cousins camp.

“I blame Vlade — he’s the one who played and he’s the so-called ‘basketball guru,'” Pat says. “But this trade is one of the worst I’ve ever seen in any sport.”

Divac was indeed a basketball guru on the court but has yet to prove himself as an asset manager or negotiator, and many observers pointed out at the time of his hiring that was never really qualified for the position other than being a great King and fan favorite during his playing career during the glory days of Sacramento basketball.

And the trade he made with Philadelphia two summers ago is beginning to look like a head scratcher. In that deal, the Kings sent Stauskas, a 2019 first-round pick, and the right for the 76ers to swap picks with us in the 2017 draft, should our pick be higher than theirs. Which could very well happen given the random nature of the NBA Draft Lottery, the likely lower number of wins which will accompany a Boogie-less team, and our luck as fans of this team.

In return for that trade, we received the rights to two European players no one has ever heard about and cap space which we used to sign Rajon Rondo, Kosta Koufos, and Marco Bellinelli. Rondo left in free agency for the Bulls last summer, and Koufos has been okay, but Belinelli was traded for first-round pick Malachi Richardson, who has shown promise. So, should he develop into a good player, that trade may turn out worthwhile. The jury is still out on Vlade.

But, for me, most of the blame should fall on owner Vivek Ranadive and his big plans for NBA 3.0, part of which includes the globalization of the game. He seems to have a weird obsession with Buddy Hield, who twice this year has dealt with Vivek telling him that the Kings will still get him. Hield was reportedly very high on the Kings draft board last summer.

“He was very successful in the business world, and sometimes that translates well into sports ownership. But often that means he’s always been the smartest guy in the room,” the history teacher says. “So he thinks that he knows about basketball and tries to innovate, but you have to rely on people that have been there.”

The Stauskas example fits perfectly here. How do you tell your boss that he’s wrong and unqualified to make these decisions? You can’t, unless you’re willing to seriously risk your job. Vivek is a nice guy by all accounts, but the day he is finally satisfied with the direction of this team, or the day he lets Divac take the reigns of basketball operations, is the day this team will thrive.

Only time will tell whether that day will come. One thing that’s for sure, though, is the loyalty of true Kings fans. While some were hesitant, everyone I talked to said they would remain Kings fans, despite the years of frustration.

I think Jacob Hanson (’17) said it best; initially, “this decision really made me mad” he asserted. “But, this is not the last straw. I’m still a Kings fan for life. Period”.

And that’s kind of the point. For a true Kings fan, there is no last straw, because there is no better alternative. What would we do — hop on the Warriors bandwagon and find a new team when Steph Curry retires? Become fairweather Laker fans who haven’t watched a game since 2011? No thank you, I will stick with my dysfunctional Kings, and it seems like most of the fans here at CB will, too.

At least they give us so much new material to write and joke about.