You are here: Home \ Community \ Featured Posts \ Rise And Shine (Or Hit That Snooze Button)
Community
0

Rise And Shine (Or Hit That Snooze Button)

Wake up. Roll out of bed. Get dressed. Go to school. This is the usual sequence that pops into most people’s minds when they think of the everyday routine for high school students. A thought not far from the truth in most cases. But how do your fellow Falcons function in the wee hours of the […] 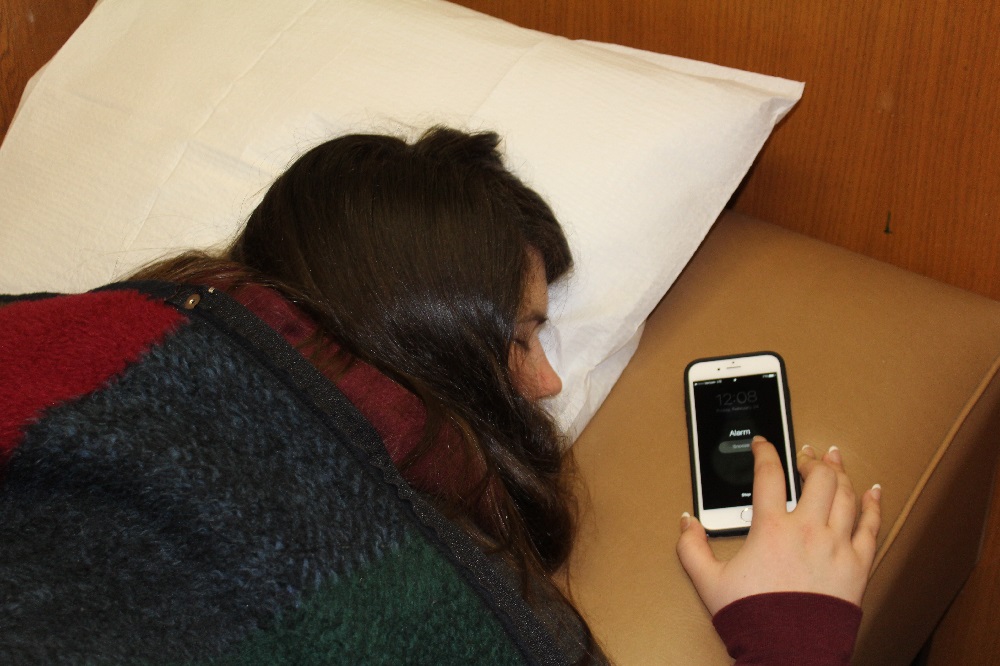 Wake up. Roll out of bed. Get dressed. Go to school.

This is the usual sequence that pops into most people’s minds when they think of the everyday routine for high school students. A thought not far from the truth in most cases.

But how do your fellow Falcons function in the wee hours of the morning before you see them bright eyed, bushy tailed, and ready for class?

Maile Shelley (’17) wakes up at 5:45 AM, for no other reason than because that’s when her dad wakes up her brothers. The guys need the extra time to shower, but she makes it easier for herself by showering at night.

The senior even admits that “there really is no point in me getting up at 5:45, but I do anyways.”

From there on, she keeps it pretty simple. She grabs some breakfast — food is high on her priority list — and then goes back to her room.

She then “gets dressed, and I tend to fall asleep on accident until like 10 minutes before I need to leave. After, I do the basics like my hair, teeth, and all that jazz.”

Though she takes care of herself just fine in the mornings, she shares that it can be rather difficult having two other people who need to be ready at the same time in order for all of them to get to A set before the bell rings.

“Jared Shelley (’17) is a slow walker in general, but in our house it’s 10 times worse,” the senior states.

And although they’ve never had a tardy because of it, it still can be pretty frustrating.

“It’s a lot of Cal Shelley (’17) and I getting very aggravated and threatening to leave without him,” she admits.

But what happens when the bell for your first class rings at 6:55 instead of 7:55?

Jonathan Claridad (’17) partakes in one of CB’s many choral programs, Vocal Jazz — which just so happens to be a zero-period class.

Despite having to be at school an hour earlier than the Shelley triplets, the senior usually wakes up about 25 minutes later than they do, at 6:10.

“That’s the absolute latest I can consistently wake up at without showing up late to class,” he says.

After getting out of bed, Jonathan shares that “l shower to stay awake, get dressed, and then usually skip breakfast because time is of the essence.”

But having to be at school before the sunrise isn’t all bad.

“I feel like having a zero period just makes me more consistent because when on days I don’t have it, I’m still sliding in right before school happens. But instead of it being a relatively quiet 6:55, it’s a bustling 7:55 at school,” he shares.

Essentially, it makes his life a bit easier in terms of the general stresses of the morning — traffic, and wondering if he’s going to get an okay parking spot. The extra hour of class does end up taking a toll, though.

“Generally, I crash sometime right before lunch, which might be due to a variety reasons,” the senior admitted. “I’d like to say that it’s just the extra hour of attentiveness catching up with me, but a poor sleeping schedule might also be the problem. I started taking naps this year that are always unintentional, so whatever the reason, my body definitely thinks I need more rest than I give it.”

But what happens when the tables are turned and the first bell rings later instead of earlier?

Aidan Maher (’17) took advantage of the seniors’ opportunity to opt out of an A set.

And not only that, but she gets time to ease into the morning. It’s not a 10-minute get dressed, brush your teeth, grab the nearest foods for lunch and run out the door; it’s a nice, calm experience.

“It is nice to have a little more sleep,” she confirms. “It makes a huge difference to get even half an hour more of sleep and not get up so early.”

As someone who shares a 5:45 wake up call with Maile, I couldn’t agree more that when I get up, all I want to do is go back to sleep, even just for five more minutes. I can only dream of what a difference an extra hour and 45 minutes could make.

But no matter whether you get up before the sun rises or get up with just enough time to do the bare minimum before you screech out of your driveway at 7:50, all that matters is that you’re at school ready to learn before the bell.

Which everyone always is, right…?