You are here: Home \ Community \ Featured Posts \ Poverty, Hunger, & Heroin: What Can We Do To Help?
Community
0

Poverty, Hunger, & Heroin: What Can We Do To Help?

The Christian Brothers community recently returned from Christmas break, which, for most CB students, meant decorating the tree with family, drinking hot cocoa and eggnog, or snuggling up under a blanket and watching the cold weather outside. Even if those activities were too cliché for some students, at least we had the option. In December, it’s easy to […] 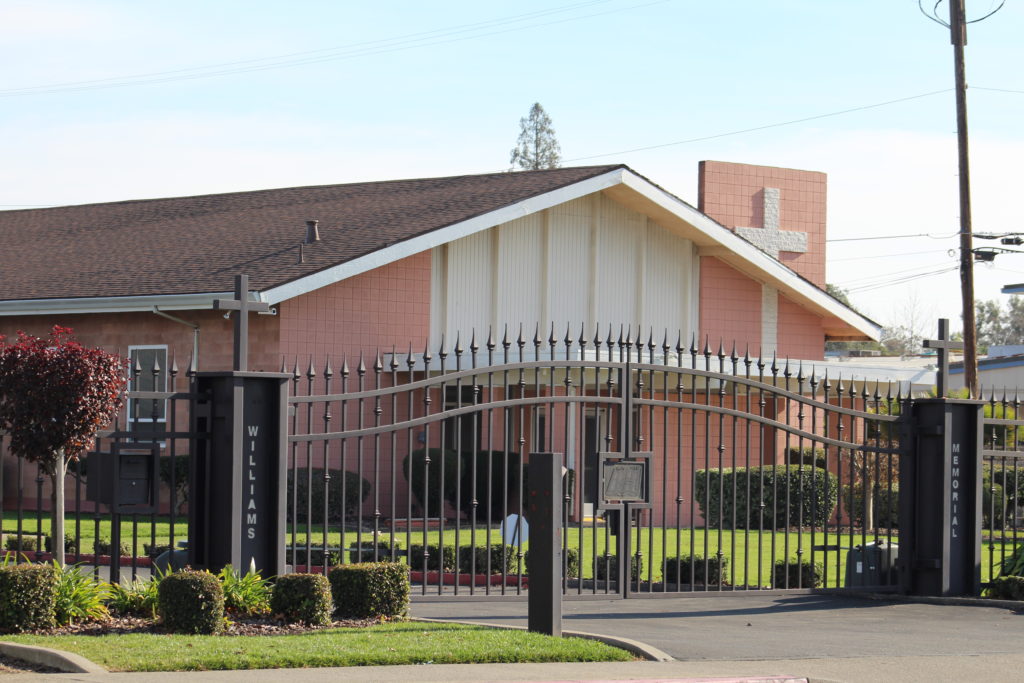 The Christian Brothers community recently returned from Christmas break, which, for most CB students, meant decorating the tree with family, drinking hot cocoa and eggnog, or snuggling up under a blanket and watching the cold weather outside.

Even if those activities were too cliché for some students, at least we had the option.

In December, it’s easy to get wrapped up in grades and finals and family and presents and forget about the world around us. However, as we fall back into our usual routines during the second semester, take some time to remember the people who didn’t have a car to go Christmas shopping in or even a table to serve Christmas dinner on. The Talon asked Director of Christian Service Mrs. Jennifer Lystrup to help educate CB students on the less fortunate members of the Oak Park community.

First, she clarified the definition of food insecurity.

“Food insecurity is when you don’t have enough money or you don’t have the resources to have healthy food that provides the required nutrients that you need. Often if you’re food insecure, that means that you end up possibly finding food in a way that maybe we would find inappropriate, whether that’s taking food or using the food bank, those sorts of things.”

Over 40% of South Oak Park lives below the federal poverty level, which is commonly accompanied by food insecurity. 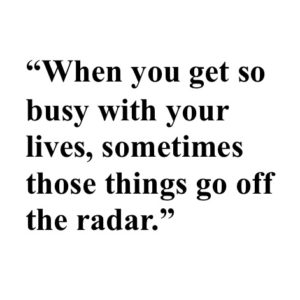 CB students don’t live in a fantasy world — we know that Oak Park isn’t the best of neighborhoods. Plenty of students make references to us going to school in “the ghetto,” but are students genuinely aware of how drastic the conditions are?

“I don’t think so,” states Mrs. Lystrup. “And I don’t blame it on the students because you guys are really busy and you’re thinking about other things. And I’m sure around this time of year — the holiday season — you do start looking at, ‘Oh, people are in need’ and ‘Let’s give canned foods’ and such, but it’s just when you get so busy with your lives, sometimes those things go off the radar.”

Part of the problem is that healthy food is just difficult to come by in Oak Park. Grocery stores are incredibly sparse, and the handful of restaurants that recently came to Broadway are too expensive for everyday use.

“We live in a food desert around here,” Mrs. Lystrup explains. “The closest grocery store is Food Source off of Stockton and Broadway. And so if you’re living over here and you don’t have transportation to get over there, you’re walking or you’re waiting for a bus, and as we know the bus systems aren’t that great here. It’s a pretty difficult situation.”

It’ll definitely take some major renovations to the area before any long-term changes can be made, but there is plenty we students can do to help. Each of us should take it upon ourselves to get involved however we can. Mrs. Lystrup named several local organizations that could use assistance.

“We have the church next door — Williams Memorial — that hands out food [on the fourth Wednesday of every month].” 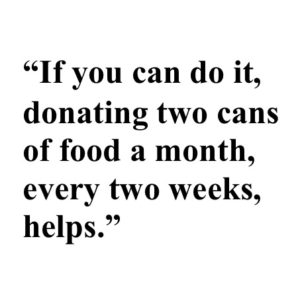 “Contribute to Wellspring. They’re in great need. Even though we make the breakfasts in the morning [on Fridays], that’s the only meal they may get all day.”

“We have Riverside Food Bank, which feeds people [in the Oak Park area] as well.”

Finding time to squeeze in volunteering may seem impossible to most students, but every contribution makes an impact.

“If you can do it, donating two cans of food a month, every two weeks, helps. Drop it off [at Williams Memorial Church], they’ll distribute it.”

Beyond the traditional methods of volunteering and donations, Mrs. Lystrup offers a final piece of advice.

“One of the best things I think students can do is, as they’re driving through Oak Park — really take a look. Take a look at what some of the resources are around here.”

In addition to struggling with poverty and hunger, Oak Park is deeply impacted by drug use. While marijuana is as prevalent in Sacramento as everywhere else, heroin abuse is especially problematic in the area. Mrs. Lystrup explained the problem and described a controversial organization that’s trying to help.

“It’s not just Oak Park, but there is a predominant problem with heroin use in the Oak Park area,” she says. “The Harm Reduction Services (HRS) has what’s called a needle exchange program. Anybody that has a heroin problem can go to Harm Reduction and they can drop off their dirty needles and get clean needles.”

Heroin addiction has very serious consequences. In addition to many negative side effects and the possibility of suffocation with overdose, heroin holds another hidden danger. Because it’s an injection drug for the most part, needles are often left unclean after use. This results in the sharing of bodily fluids between users, which can cause several diseases that are often thought of as only transmitted sexually.

A lot of CB students think of heroin and other hardcore drugs as far-off concepts, virtually nonexistent in our own lives. Out of sight, out of mind, right? But drug abuse is much more common than we’d like to believe.

“It touches everyone,” Mrs. Lystrup reflects. “It’s not just people who are poor; people who are coming down from the Roosevelt area and the Granite Bay area, young kids who are hooked on painkillers that then turns into opioid addiction — they’re coming down and using HRS.” 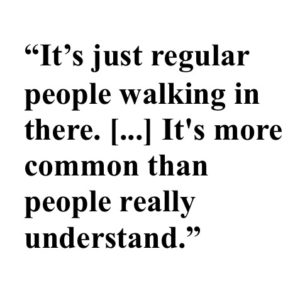 “It’s just regular people walking in there. I think we think that someone who’s addicted is really impoverished and all of these stereotypes when in fact, they may be working people.”

Heroin addiction is a difficult issue for students to fight; a person has to be 18 before volunteering at HRS and similar institutions. However, the most important way that students can help prevent heroin addiction doesn’t have an age restriction.

“If [students] know someone who starts out with an opioid painkiller and they become dependent on it, begin to talk to people — talk to parents or talk to counselors — about it, because it’s more common than people really understand. And for youth, that’s how a lot of addiction starts.”

So, after the well-deserved break from our hectic schedules, let’s try not to squander our downtime binge watching Netflix on the couch. Instead, as a community, let’s use Mrs. Lystrup’s information as an inspiration to drop by a soup kitchen and lend a hand or bring a few cans down to the food bank. Together, we can make a massive impact in the Oak Park community — and spread some post-holiday cheer while we’re at it.