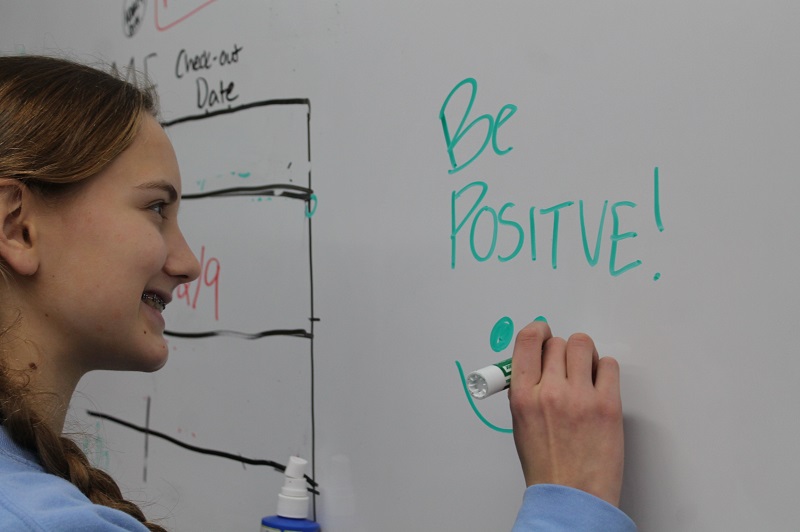 This past October, the Chico State Student Athlete Advisory Committee (SAAC) set out to spread a message of care and inclusivity through the “You Don’t Say Campaign.” This campaign was centered around raising awareness about language that is derogatory or marginalizes a particular group. To accomplish this, student athletes advertised the words or words they refuse to say and the reason behind this pledge.

At the end of last semester, Mr. Brendan Hogan ’95 showed this study to his Video Production II class to demonstrate the powerful and positive effects of media. He shared a few words on the effect that the campaign had.

“They used it as a campaign to elevate the school, the athletic program, and their athletes to make them advertise themselves as an inclusive school,” Mr. Hogan explained.

He felt SAAC’s message was relevant to CB because creating an inclusive community is one of our five core principles.

“We think we are an inclusive campus, and we strive towards maintaining these things,” Mr. Hogan explained, “but it’s a struggle. I don’t think we always recognize that it’s our principle.” 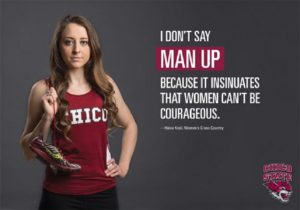 CB students Madeleine Molitor (’18) and Jules Fuhs (’18), were particularly moved by the final product of the Chico state “You Don’t Say” campaign.

“It forces people to put themselves in other people’s shoes and is trying to make people understand how others feel when these words are used,” Jules shared.

These two girls were inspired by the campaign and wanted to bring the powerful message to CB in hopes of making an impact on language that high schoolers use.

The students are working hard in KBFT to replicate the campaign and convey an effective message to students of CB.

Mr. Hogan thought it was a great idea to personalize the SAAC’s campaign for our CB students.

“I think generally our students are very respectful. However, I think what the marketing campaign was challenging all of us to do was to really look at our language and words that we’ve allowed to become normal and think about how they may be effecting other people.”

As a Lasallian school, CB students should always keep in mind our five core principles.

“I think an important part of our CB community is that we’re inclusive, so being aware of the hurtful nature of words can help us become an even stronger community,” said Jules. “From what we’ve heard, hurtful words are said a lot, but the students do not understand or realize what they are saying in the moment.”

Often, students don’t understand the power of words both positive and negative. It is easy for anyone, especially teenagers, to lose sight of the real meaning of offensive words.

“I think this concept of ‘Well, we’re gonna use the word and change its definition,’— [people need to realize] it’s still offensive,” Mr. Hogan explained.

While some may think that using these words in a casual manner is acceptable, they should never be used lightly. Students use offensive language as a joke, but “when they step back and think about the true meanings of the words, then they admit that they are in the wrong,” concluded Jules.

At CB, let’s consider taking the SAAC campaign to the next level. While students must be aware of the negative consequences of certain word choices, equally important is their awareness of the positive consequences of other word choices. At the most basic level, let’s all work to not use words that degrade others. At a higher level, let’s commit the same thoughtfulness to using words that inspire and uplift.