You are here: Home \ Community \ Featured Posts \ How To Keep Your Summer Class-y
Community
0

How To Keep Your Summer Class-y

The prospect of attending college can be daunting, but there are ways you can prepare yourself to take this next big step in your academic career. One way to get a taste of university is by participating in a summer college program to experience the life of a student, whether it’s on campus with a roommate or […] 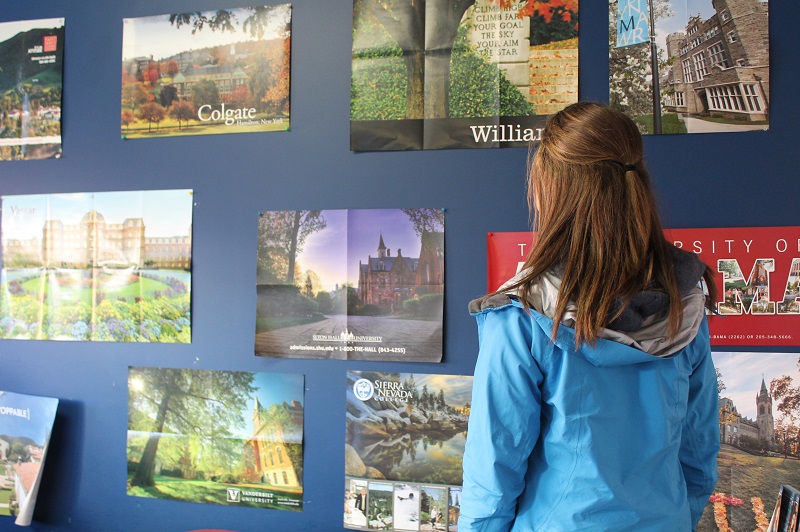 The prospect of attending college can be daunting, but there are ways you can prepare yourself to take this next big step in your academic career. One way to get a taste of university is by participating in a summer college program to experience the life of a student, whether it’s on campus with a roommate or just earning some credits in a subject area that interests you.

Ms. Melissa McClellan, Director of College Counseling, highly recommends taking a summer course, whether you want to pick up some credits, enhance your applications, or just get a feel for life on campus. Ms. McClellan told the Talon about the wide variety of summer programs available to high school students.

If you’re questioning whether or not you really want to spend your break from school taking classes, you can always consider enrolling in one of the easier, more fun college activities. Ms. McClellan stressed the importance of staying involved during the summer, and taking part in an academic program is a definite plus when the time comes to apply to college. Another benefit is that you can select your own courses and test out whether your chosen focus could become your future major.

If you are concerned about leaving home for school, some of these shorter programs can help you taste freedom before you’re thrust into real college life.

“You get to experience what it’s like to be a college student. You usually get to live in the dorms, you eat the food in the dining hall — you’re responsible for doing your own laundry,” Ms. McClellan concluded with a laugh.

Many CB students have already taken this experiential opportunity.

Hannah Kaplon (‘18) shared with the Talon her experience in England at the University of Cambridge during the summer of 2015, where she took part in the international Oxbridge program. 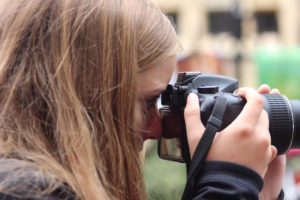 “It was kind of like going to college,” Hannah began. “We stayed in the college dorms and we had professors, but we were all kids, so we had curfews. We did have a lot of freedom, though — we could walk all around Cambridge.”

Hannah spent four weeks in Cambridge, and she chose to focus on subjects that she was considering as career options but that would also be a fun break from her rigorous high school schedule.

“I had a major and a minor,” she explained. “My major was video and my minor was photojournalism. So in our major we made short films, and then for our minor we took photos and put together a portfolio.” 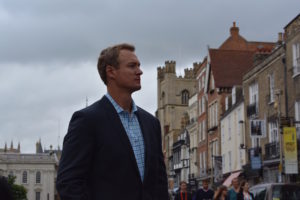 One of Hannah’s photos from her time in Cambridge.

Although she enjoyed learning about video production, Hannah especially loved getting to meet new people who share her interest in videography. She became especially close to her roommate, a girl from India.

Studying at Cambridge is definitely an exciting way to spend summer, but there are plenty of opportunities to enroll in a course nearer to home. Maddie Mercer (‘18) was able to fit an entire English course at Sacramento City College into her schedule last summer while also working and participating actively on her swim team. Maddie’s class ran for five weeks — four hours a day, four days a week — so she still got a break from the normal school routine.

“The homework load wasn’t a lot, but it was a writing class so I was still writing essays and reading. We read a book, and the book was really good,” Maddie shared excitedly. “The writing was also kind of fun, and it didn’t take as long as I thought it would.”

Maddie had only good things to say about her first taste of college. She especially enjoyed the extra freedom she got while attending Sac City.

“I thought it was pretty funny because you don’t have to ask to go to the bathroom,” Maddie laughed. “That was one of the cool things for me.”

Even though she was by far the youngest person in the class, Maddie fit right in with her classmates, and even made some older friends.

“CB definitely prepares you for college,” she said proudly. “There were parts of the course material that I knew that others didn’t and had never even heard of before.”

Maddie said that although she learned a lot, she still had a fun summer, both inside and outside of the classroom. What she valued most was the confidence that the class gave her for when she does make the transition to a university.

“It’s good to get the college experience in a classroom before actually going to college,” the junior said. “I was really nervous, but it’s not as bad as you think it’s going to be…It definitely calms your nerves.”

Whether you have an action-packed summer on the job or you love to travel and make international friends, there is a college program out there that can fit your summer. The most important thing is that you stay active during the break, and enjoy yourself at the same time. Taking a class, whether it’s right near home or on the other side of the globe, can be a great way to help prepare yourself to embark on the next big step in your academic journey.