It would seem hard to believe that not only are the Talon staff incredible writers, but they also have amazing music taste! Here is a sneak peek of what some of the Talon staff is listening to. And if you have Spotify, jam out to our playlist Funky Friday:Talon Jams Noah Wadhwani (’17) “This I […] 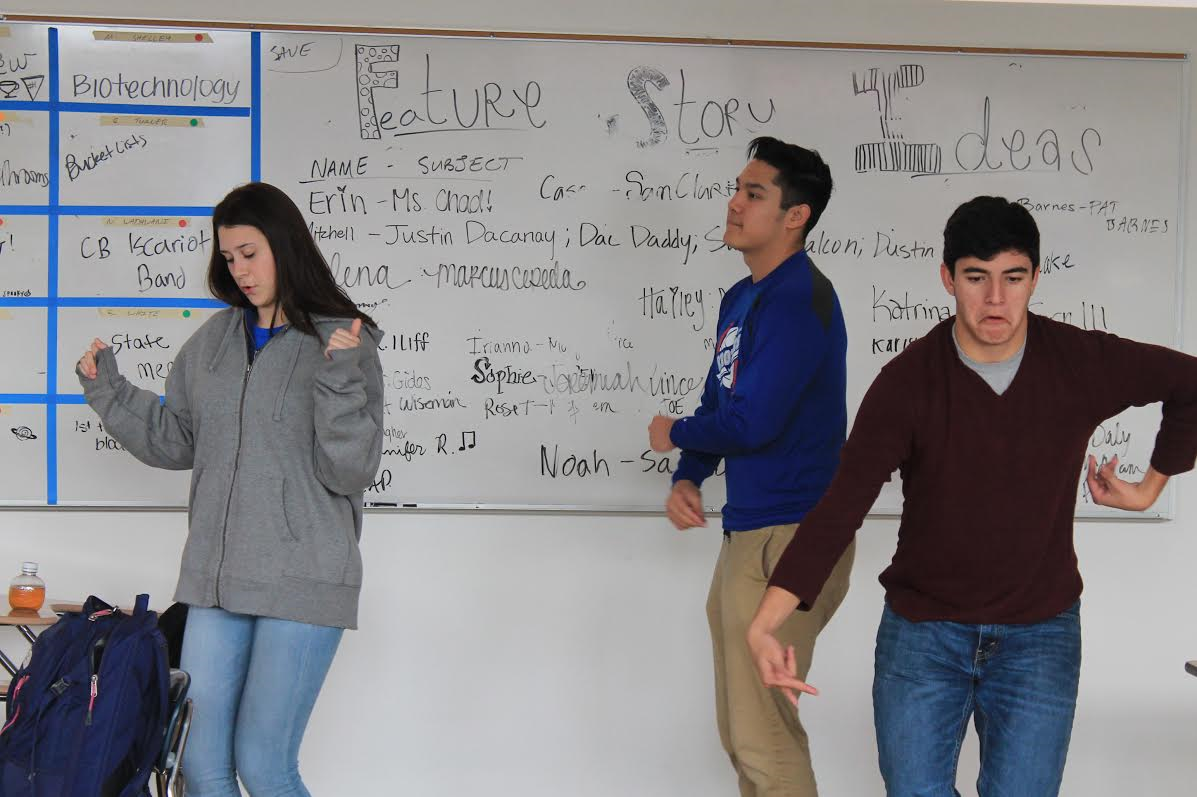 It would seem hard to believe that not only are the Talon staff incredible writers, but they also have amazing music taste! Here is a sneak peek of what some of the Talon staff is listening to. And if you have Spotify, jam out to our playlist Funky Friday:Talon Jams

“This I Love” by Guns N’ Roses

“I jam to ‘This I Love’ cause it really builds, it starts out softly and gains momentum into the climactic ending. Slash’s guitar solo kills as usual and Axel’s voice does not disappoint.”

“[It’s] pure poetry. I was introduced to the song by Fernando Gil ’17. It’s quite an unconventional song but I really dig it. It also gives me motivation when I need it.”

“Kiss the Sky” by The Knocks

“Pumps me up for a good time. Energizes me when I’m in a tired mood too.”

“Summer Friends” by Chance the Rapper

“Reminds me of who I choose to hang out with. His voice and the lyrics keep me in the moment.”

“More than a Miracle” by MNEK

“This is my shameless feel good song. I love forgetting about everything and dancing to it in my room. Nothing like a good bass drop to spice up your day.”

“A Teenager In Love” By Dion & the Belmont

“Is just such a simple song and it reminds me of my childhood.”

“My favorite Christmas song at the moment is Pentatonix’s ‘White Winter Hymnal’. The arrangement is amazing and their voices are so pure; it’s the height of a cappella.”

“This is the New Year” by Glee

“I love the lyrics, especially for this time of year, and Darren Criss’ vocals are just dreamy.”

“The Less I Know the Better” By Tame Impala

“I picked this song because it reminds me of my cousin and the times we have together. I was recently up in Oregon to see her were were jamming to Tame Impala so I’m enjoying their sound a lot right now.”

“Although I love the Mamas & the Papas version of California Dreamin’ (I think more than this one) I am really feeling the vibe of Bobby Womack a little bit more for winter and fall. Its just a bit more upbeat and groovy.”

“It got some funk to it”

“Because I need some chilled out, vibing music to counteract the funk and jam of ‘Space Jam’. Plus it just gets me in a mood to jam out in a different way than ‘Space Jam’ — [it’s] a fun night dancing with friends and family. And ‘Black Beatles’ is that song you drive to at night downtown with all the windows rolled down just cruising with some homies.”

“We are so used to super intense songs from Lady Gaga, which I’m not complaining about, they’re total bangers! But this song is totally different in a really good way. I feel like she has taken such a step forward in her new album. It’s a completely new sound for her but she really gets to show off her voice. ‘Sinner’s Prayer’ has a little folk-y aspect to it and the lyrics are absolutely beautiful. There’s also a key change in the middle that is like a religious experience.”

“Pieces of the People We Love” by The Rapture

“It is just everything I love in a song. The lyrics are meaningful but catchy, there’s a great little schoolyard chant going on in the background, and the vocals are amazing. I also really like songs, for some reason, that sound really happy but have kind of a sad/angry message. Don’t ask me why, I really can’t tell you. But this song is great for literally any mood you could be in.”

“This is the kind of song you blast in your car at night. the guitar riff is everything. the lyrics are about a tragic love story with an emotionally abusive relationship. It just takes you to a different place.”

“Cigarette Daydream” by Cage the Elephant

“This song never gets old no matter how many times I listen to it. I love the lyrics and the acoustic guitar — it’s just wonderful.”

“Carry On My Wayward Son” by Kansas

“It plays on the last episode of each Supernatural season and it gets stuck in my head very easily.”

“Something” by Julien Baker

“I first heard ‘Something’ while my brother was playing it in the car on the way to school. It took me a while to really get into it, but now I love it and listen to it all the time.”

“I have been super into Anderson .Paak lately — his music is uptempo and a fusion of different genres. NxWorries is one of his side projects. The late 80’s synth sampled on this track is pure ear sugar. Anderson’s voice is super smooth. The song has a nice ambiance to it and at the same time puts me in a place where I can groove. He also has a great name.”

“Red and Blue Jeans” by The Promise Ring

“Been bumping this one with high frequency the last couple of months. One of the defining tracks of late ’90s Midwestern DIY power pop scene. The emotional crescendo reached on this track disguises the fact there is only one line of lyrics, further proof that the best songs are the simplest.”