For the first time in the Sacramento area, both men’s and women’s soccer is a winter sport. The shift to winter is intended to align both southern and northern California with the hope that it will eventually result in a state championship and a variety of regional championships. Introduced three years ago, the controversial measure […] 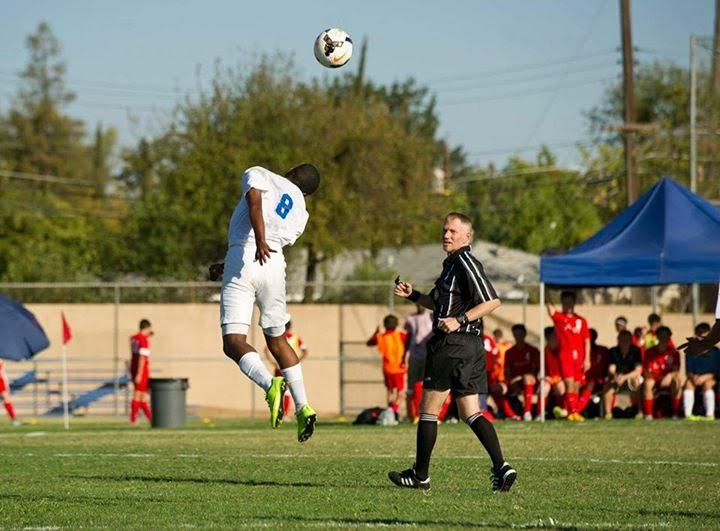 For the first time in the Sacramento area, both men’s and women’s soccer is a winter sport.

The shift to winter is intended to align both southern and northern California with the hope that it will eventually result in a state championship and a variety of regional championships. Introduced three years ago, the controversial measure was heavily discussed and passed by an incredibly narrow margin. The decision was made by CIF, the state governing body of sports. Previously, sections could make their own decisions.

Winter was decided upon because it historically offered the least amount of sports. At CB, winter sports were previously only boy’s and girl’s basketball and wrestling. The hope is to allow students to participate in more sports in high school and bring new variety to the team’s.

But there are many drawbacks, as Coach Jake Hunley ’96 told the Talon.

“In Sacramento, our specific worries are the weather, a lack of lighted fields, and a lack of fields,” he said.

At CB, four soccer teams will be forced to share one grass field, more specifically, a field that has had no opportunity to recover from the beating it took during the fall sports season. Hunley and the athletic department fears it may become a mud pit only 1/4 of the way through the season.

CB will play at Sacramento City College for home games, but the teams will lose any sort of home advantage since they will be practicing on grass and playing on turf. Coach Hunley worries about away games, since many schools will have grass fields that can create potentially unsafe playing conditions when combined with the potentially wet weather. Students will also have to pick between playing club and school soccer with the change of season, leaving a few coaches without star players.

“I’m not exactly happy about it,” Jalen Suwa (’17) gripes, one of CB’s varsity players. “Soccer being moved to winter will force players not only to choose between school and club, but also other sports within CB.”

The good news behind the change is that there was the highest amount of tryout participants at CB in 12 years, and Coach Hunley hopes that the increase in masses will not only be a one year thing, but develop into a trend.

But that doesn’t mean he still enjoys the decision. For the last eight years, Hunely coached both men’s and women’s teams thanks to the alternating seasons. This year, Coach Hunley was forced to drop the girls team and only coach the boys.

“I am very disappointed by the decision — I had to pick what team to coach.”

Within all the controversy, there is still hope for a wonderful season. Coach Hunley expects the women’s team to continue bringing home banners and making waves.

“They have a great core made up of many young players who will continue to keep the team strong in years to come.”

The men’s team had a rebuilding year last season, and Coach Hunley admits they are ready for drastic improvement. The 2016-2017 season will be a year of not only improvement, but development of a core to rival the women’s team.

Keep an eye out for both our soccer teams this season, and make an effort to cheer them on, rain or shine.