You are here: Home \ Community \ Featured Posts \ Homecoming — With $20
Community
0

Homecoming tends to be expensive for girls. With the cost of fancy dresses, hair and makeup, shoes, corsages, and dinner, it’s no wonder how preparation for a single night can become a very costly affair. But is it possible to have a great homecoming that doesn’t cost you your firstborn child? The Talon asked some […] Homecoming tends to be expensive for girls. With the cost of fancy dresses, hair and makeup, shoes, corsages, and dinner, it’s no wonder how preparation for a single night can become a very costly affair. But is it possible to have a great homecoming that doesn’t cost you your firstborn child?

The Talon asked some members of the Christian Brothers community what they would do if they had a fixed budget to buy everything they needed for Homecoming. So, how much money? $100? $50? Even less. It had to be impossibly low.

Here’s how to pull off homecoming with $20 (ticket cost not included). 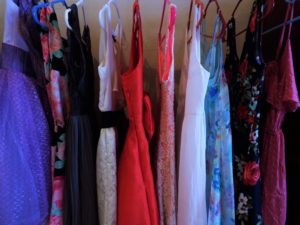 Dresses cost money, and are arguably the most expensive part of Homecoming prep. I asked around about some common places where people bought dresses, and the most common names were Macy’s and Nordstrom — where the average homecoming dress runs between $50-$100. Another popular place, David’s Bridal, have dresses that are more like $100-$200.

“I would probably spend all of it on the dress,” says Olivia Eliopoulos (’18) of the imposed budget.

Though difficult, there are dresses that are $20 or less. You can be a hipster and go thrift shopping. However, it is more likely that you know someone who has a dress that you can wear, which is costs nothing to borrow.

Yisa Nguyen (’18) would “ask for a hand-me-down dress and shoes” from friends and/or relatives, “so [she] probably wouldn’t even need for pay for anything clothes-related.” 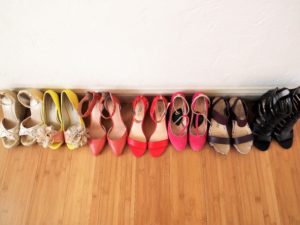 The right pair of shoes is essential for a long night of dancing (even though most girls take them off when they arrive anyways). There’s always the fear of going overboard with a pair of stiletto heels and then having sore feet five minutes in. If you want to be bold in the fashion universe and comfortable in the feet universe, wear a pair of flats.

Like me, if you are severely addicted to shoes and have eight pairs of heels already in your possession, there’s no issue in re-wearing one of those. 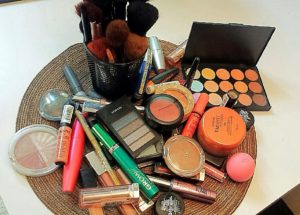 If you choose to utilize beauty products, the simplest thing to do is to look up a tutorial on the interweb and do it on your own.

If hair and makeup are not your strong suits, you could always ask the help of a friend or an older sister who knows what they’re doing. 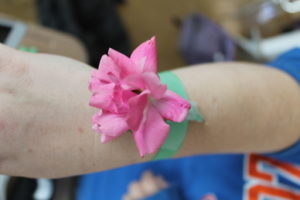 Corsages really aren’t that essential to the homecoming look, but there are many ways to have a corsage without spending a lot.

MJ Ajiduah (’17) says that she would simply try and find a corsage for $5 or $10 since they aren’t too expensive.

If you are artistically inclined or have a crafty mom, you could DIY something cool. For an edgier approach, grabbing flowers from your garden and taping them to your wrist is always an option. 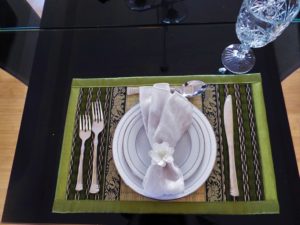 Fast food is an option. You could go to In-n-Out, Chipotle, Taco Bell, or even hit up that McDonald’s dollar menu and save a lot of money on food, though you might be silently judged for going to a fast food place in fancy homecoming attire.

Julia Hammer (’17) says she would splurge and spend most of that $20 on dinner.

MJ, on the other hand, had another suggestion.

“Instead of going out, me and my group would stay at my house and eat at home; you’d save a ton of money that way.”

Whether you choose to go all-out for Homecoming or only spend $20, the memories you’ll make are priceless.