The Christian Brothers Women’s Varsity volleyball team recently went on a trip to San Francisco, but not to shop in Union Square or see a Giants game. The volleyball team was invited to their annual Serve it Up tournament at Sacred Heart Cathedral, along with two Lasallian schools, to serve in the tough streets of […] 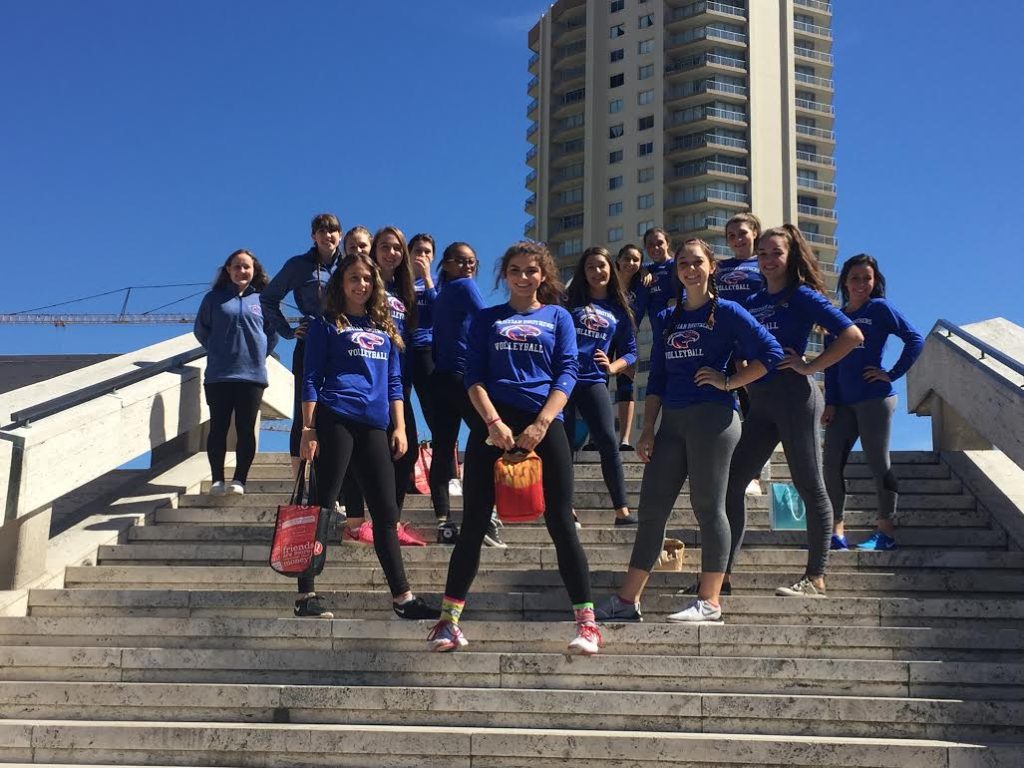 The Christian Brothers Women’s Varsity volleyball team recently went on a trip to San Francisco, but not to shop in Union Square or see a Giants game. The volleyball team was invited to their annual Serve it Up tournament at Sacred Heart Cathedral, along with two Lasallian schools, to serve in the tough streets of San Francisco.

Now, I know what you’re thinking…”How can San Francisco be ‘tough’? It’s one of the most pretty cities ever!” When people think San Francisco, they think of taking the trolley to Ghirardelli Square to reward yourself with some decadent chocolate after a long day of taking artsy pictures at the top of Lombard Street. But the women’s volleyball team gained a very different perspective on The City after this trip.

The weekend was a success volleyball-wise; the team came out with a 2-1 record. But more importantly, it was also success off the court. Serve It Up is a tournament unlike any other — the team went onto the streets of the most impoverished parts of San Francisco to help those in need by serving meals at a food bank called Glide, giving out socks for cold nights, and teaching underprivileged kids how to play volleyball.

Some of the players knew what they were getting into, like returning varsity player Mackenzie Lusich (’17). Mackenzie is the defensive specialist and has been a part of the team for three years.

She remembers her first time attending this service tournament as a sophomore, but she explained to the Talon why this last trip meant so much to her.

“When I went on this trip my first year, I didn’t know what to expect. But this past year, I took on more of a leadership role,” she shared. “I went in with a different attitude and with more excitement.”

Her experiences on the immersion trip allowed her to reach a deeper understanding of and appreciation for the people around her, a lesson that she can also apply to CB’s Oak Park community.

“People often think that [homeless] people are unhappy because they have so little, but they tend to find happiness even in the simplest of things.”

Since Mackenzie has had three years of prior experience in this special tournament, she knew what to expect. But unlike the returning players, some of the new recruits — such as sophomore Caty Cordano (’19) — weren’t fully prepared for the culture shock.

Caty had the job of making pillows for those with breast cancer to put underneath their arms for support after surgery.

“It was amazing to think of my work directly affecting someone in need, even if it’s something small like a pillow,” she comments.

From her weekend in The Golden City, Caty’s appreciation for her own life soared.

“This trip made me realize how fortunate we are to go to such an amazing school and have the education that we do.”

Even though Mackenzie and Caty saw the weekend through different lenses, they both recognized the strengthened bond between their teammates, as well as to their Oak Park community.