Students are busy in class, soft voices can be heard coming from the classrooms and the halls seem empty and quiet. However, at a closer look, one can see people hurrying around, busy at work. Few people know it, but the real magic happens behind the scenes. Christian Brothers High School prides itself on […] 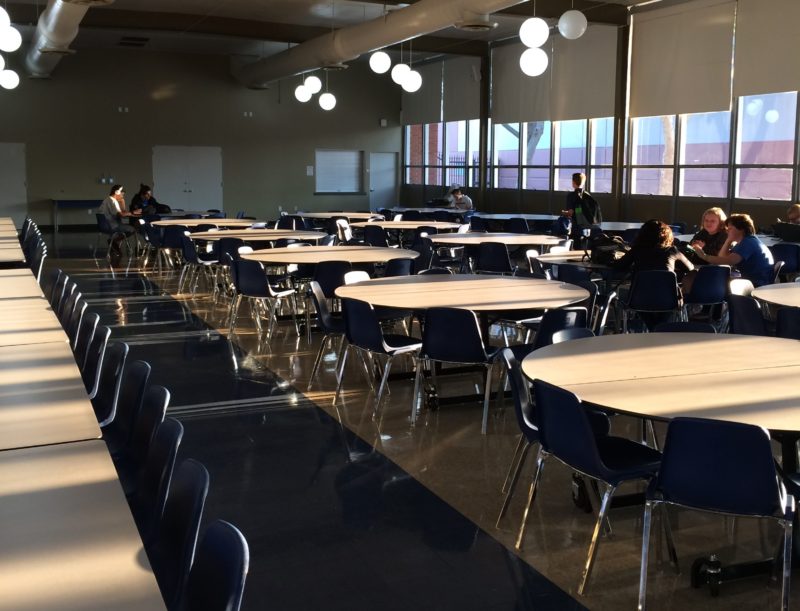 Students are busy in class, soft voices can be heard coming from the classrooms and the halls seem empty and quiet. However, at a closer look, one can see people hurrying around, busy at work. Few people know it, but the real magic happens behind the scenes. Christian Brothers High School prides itself on its motto “enter to learn, leave to serve,” but how much do CB students really take this to heart?

It becomes easy to forget when slammed with homework and extracurricular activities that there are a huge staff of people who help make this school run smoothly. Some of these people include the cafeteria workers, the janitors, and those working in office and administration.

As students walk into the cafeteria, they are greeted by the smell of freshly made food — in particular the cookies — and the sound of laughter and music. A fair majority of CB students eat these lunches, but do we really know how much work it takes to produce food for 1100 students? Or more importantly, do we stop to appreciate it? 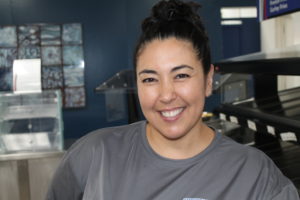 Ms. Regina Butler warms up the cafeteria with her bright smile.

Ms. Regina Butler, who asked to be called Miss B, welcomed me into the warm cafeteria kitchen, and we chatted as the staff worked to create the lunches we all enjoy. She stated that 95% of the kids at CB were very polite and that as they got to be juniors and seniors, they really started to develop respect. She said that her children went through CB as well, and said that “if [the staff] didn’t like it here, we wouldn’t stay”.

Similarly, Ms. Maggie Abuhijleh, who works as a cashier, said that all three of her kids went to CB, that she attended college, and that another member of the staff is a sous chef at Tower Café. All of these people are wonderful and talented — keep this in mind next time you eat a school lunch and thank them for their work.

Maggie talked about how kids with jobs usually understand the difficulties of having a rude customer, and become more attentive to the people with whom they interact. She ended with some advice for the people who do service work, stating: “don’t bring your bad days to work”.

It is easy to forget that people with service jobs deserve as much respect as everyone else. They are talented, educated, and accomplished individuals who love their jobs.

On the other side of campus in the front office, Ms. Susanne Pierson had a similar message. She exclaims happily that the students are friendly and respectful and that she rarely receives anyone who is rude. She states that she treats the CB kids like they are her own, exemplifying our inclusive community.

Students and staff alike respond well to mutual respect. However, does respect translate into empathy? I was surprised by the accomplishments of the people I interviewed and their willingness to communicate with me as an equal. I regret not taking the initiative to reach out to them in the past.

There is a difference between being polite and being truly kind. CB prides itself on being an inclusive community, but many students are too caught in their own worlds to notice that the people around them have realities that are just as important as theirs. As a whole, CB is a friendly environment with lots of amazing staff and students; however, it’s always good to take the step and get to know the people around you.