In its fourth year, CB’s AcaDeca team is not only trying to make it a more appealing event, but they are also trying to WIN. The stands are overflowing with spectators—about one half of the bleachers is bursting with Bella Vista fans. CB has a small but powerful cheering section, mainly composed of parents and […]

In its fourth year, CB’s AcaDeca team is not only trying to make it a more appealing event, but they are also trying to WIN. 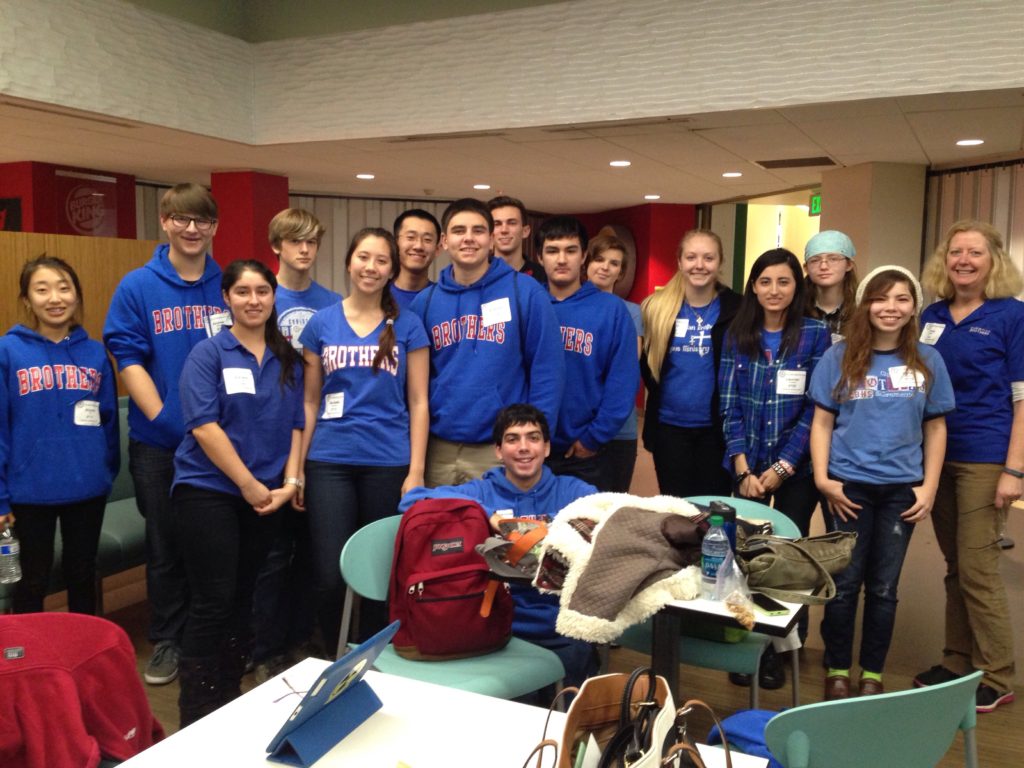 The stands are overflowing with spectators—about one half of the bleachers is bursting with Bella Vista fans. CB has a small but powerful cheering section, mainly composed of parents and maybe two or three students. As the opponents walk out onto the court, suspense fills the room. The competitors are mentally preparing themselves for their biggest event of the year.

But these kids aren’t wearing gym shorts and basketball jerseys — they’re all dressed up in the finest of sports jackets and slacks.

This is Academic Decathlon.

Held every February at Inderkum High School, the Sacramento County Academic Decathlon is one of CB’s most underrated sports.

That’s right, it’s a sport. A sport of the mind.

This year’s team of about 20 hardworking individuals is working hard to change the perception that Academic Decathlon (or AcaDeca as many of its participants call it) is not a competitive event.

“We have a lot of kids that are really interested and excited about it this year,” says Head Coach Ms. Holly Keller. “I think we will do as well or better than last year.”

This year will mark CB’s fourth year of participating in the Academic Decathlon. Although the team has done exceptionally well for a relatively new team, movement in the rankings has been rather static. But the team is making a few changes this year to ensure that they perform even better this year.

“We’re having [the teammates] work as group teams and compete against each other during class time, versus just reading the curriculum,” explains Ms. Keller.

“I’ve been reading my curriculum and doing my quizzes, and I think that has really helped me,” Anysia describes.

Last year, the coaches introduced an entirely new concept to the CB AcaDeca world—the zero period. The team comes to school an hour early, three days a week to prepare for the competition.

“It gets us all together at the same time, and requires [us] to be here as a class, so I think it might not have shown in the numbers last year, but I think for purposes of cohesiveness of the team it works out a lot better,” Ms. Keller clarifies.

Every year, the Academic Decathlon has some sort of theme that is incorporated throughout all of the curriculum. This year’s theme is India, which is a relief for some team members, as last year’s theme — New Alternatives to Energy — was frankly, quite dry and difficult for most to fully comprehend.

It seems like it would be pretty tough to integrate India into curricula like math or science, subjects that are pretty hard to add variety to. But somehow, the Sacramento County Office of Education has managed to do it—the science curriculum is focusing on ecology, particularly the Indian ecosystem, and the math curriculum is focusing on statistics and population analysis.

Both Anysia and Ms. Keller have the same piece of advice for those interested in joining the team: just do it! It’s not too late to join the team, so even if you only have the slightest interest, definitely check it out. Or at the very least come on out to Inderkum High School on February 6th to support CB in the Academic Decathlon.