Christian Brothers’ Men’s Golf team carries on a strong tradition of success and integrity built decades ago — see how this year’s club compares. High schools don’t have fraternities. It’s a college thing. But here at CB, we have something more inclusive, more campus famous, and more brotherly. The Men’s Golf team has been making […]

Christian Brothers’ Men’s Golf team carries on a strong tradition of success and integrity built decades ago — see how this year’s club compares. 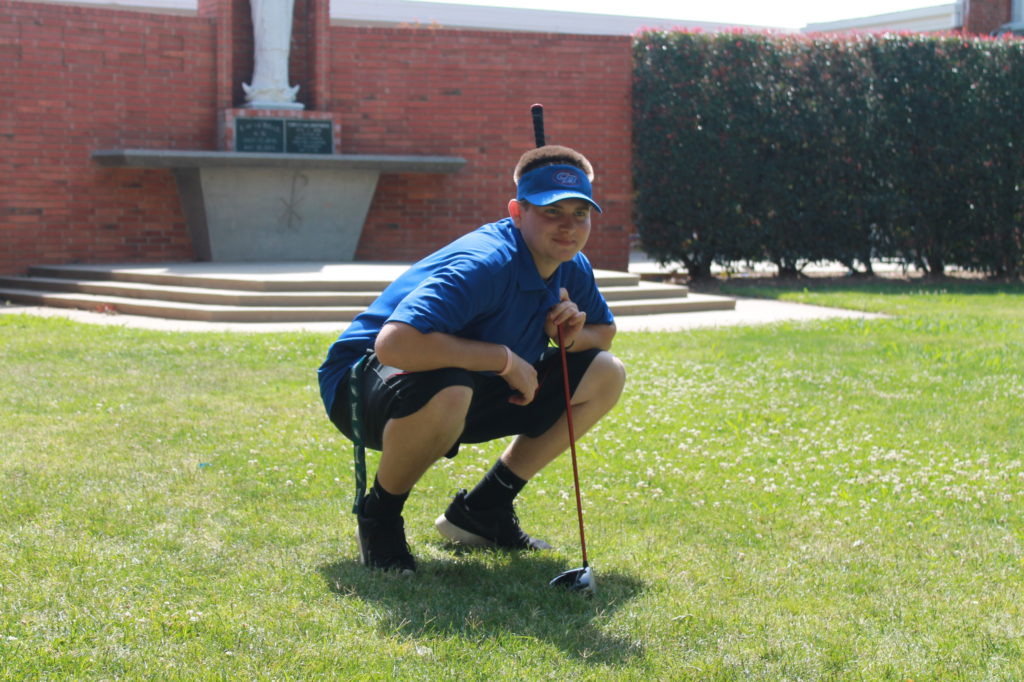 High schools don’t have fraternities. It’s a college thing. But here at CB, we have something more inclusive, more campus famous, and more brotherly.

The Men’s Golf team has been making history for countless years and countless rounds on the green. CB’s golf program went big time in the ’80’s when the Sutherland Brothers played here on their way to very respectable pro careers on the PGA Tour.

Numerous other players have helped build up a renowned program, with college scholarships presented to many players. Most recently,  Hunter Rappleye ’13 and Andrej Bevins ’13 went to Saint Mary’s College and University of New Mexico, respectively, for their success on the green.

With studs like Jackson McMullen (’15) and Blake Edwards (’15) on the team, opponents hardly agree to schedule us. But, are our opponents really to blame? Who would want to schedule a team of Jordan Spieths who devote hours upon hours, perfecting their craft?

Practices are held at Bing Maloney Golf Course by the Sacramento Executive Airport. They might as well be practicing at St. Andrews in Scotland.

This season has included too many highlights to recount, but to name just a few: a season best overall tournament score in the last tournament of the year as well as having three individual players move on to sections (brothers Jackson and Eric McMullen (’18) as well as Aaron Davis (’18)).

The development of our golfers is in no doubt thanks to head coach Jim Ghilardi, who is often referred to as the Gregg Popovich of golf coaches, as he is known for his detailed teaching and complex game plans.

With leadership from Jackson and Blake, these game plans are executed to a “t.”

For example, this season CB went to Casa Roble’s home course at Mather and absolutely demoralized them with a strong driving game, an even stronger midrange game, and a more than accurate putting exhibition.

One of our finest golfers, the aforementioned Jackson McMullen, is often regarded as “The Chosen One.” This nickname started way back when he was three or four.

“I picked up [my father’s] full sized 3 wood and whacked plastic golf balls all around our backyard and it just progressed from there,” he recounted.

But don’t let his initial attraction to power fool you — Jackson is all about the short game.

“My favorite club is the putter,” he says. “Like they say, ‘drive for the show, putt for the dough.'”

Though Jackson believes playing golf is a stress reliever for him, he still understands how important it is to don that blue CB collared golf shirt.

“Playing golf for CB means upholding a storied legacy. Each day, the banners over the basketball hoops in the Gym serve as a constant reminder of our school’s history of success. Over the course of the year at practice, I have tried to instill how important wearing the  Christian Brothers blue is, and what it means,” he said with a gentle tear cascading down his formed cheekbone.

The other cornerstone of the Christian Brothers golf team is Edwards. Just like Jackson, Blake started at an early age.

“It’s something to where you can go out into the beautiful weather and just clear your mind, relax and enjoy,” Blake says. “It’s something I can do with my grandparents and father.”

Jackson and Blake are the recognized alpha males of the golf team and started golfing at a very young age, but their club of choice could not be more different as Blake stated, “I would have to say the driver just because you can hit it the farthest.”

With so much tradition and a bright future in store, the rest of the Northern California golf community will be keeping their eye on our very own men’s golfers.

Team centerpiece Tony “Sosa” Guzzetta (’15) declined to speak with the Talon for this artcile.