Battle Of The Bay

The ongoing struggle between NorCal baseball fans is the same year after year…A’s or Giants? The debate gets heated, but every year, more reasons to debate surface. Both the San Francisco Giants and the Oakland Athletics had some notable roster turnover during this offseason. The Giants lost fan favorite Pablo Sandoval to the Red Sox […]

The ongoing struggle between NorCal baseball fans is the same year after year…A’s or Giants? The debate gets heated, but every year, more reasons to debate surface. 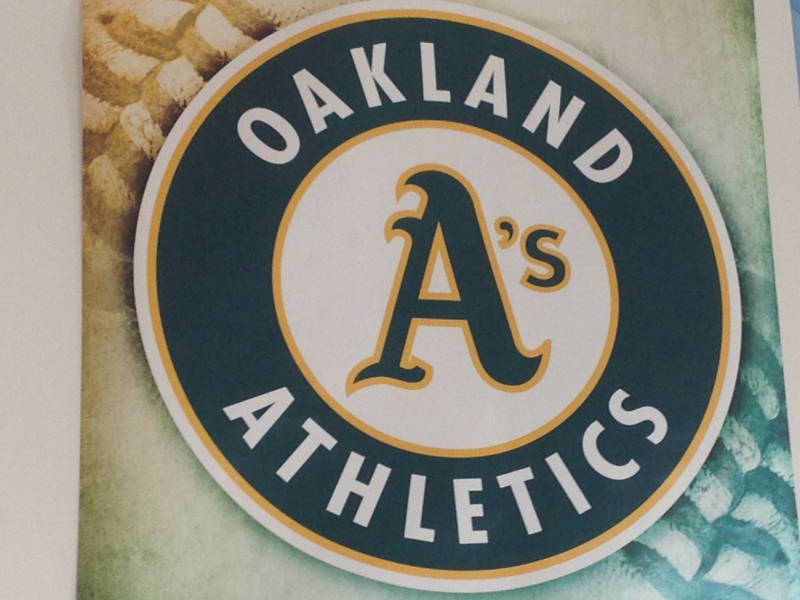 Both the San Francisco Giants and the Oakland Athletics had some notable roster turnover during this offseason. The Giants lost fan favorite Pablo Sandoval to the Red Sox in free agency, and were unable to sign targets James Shields and Ben Zobrist. They did, however, sign Casey McGee to fill the void at third and Nori Aoki to play outfield. Re-signing Jake Peavy and Ryan Vogelsong also bolstered the pitching staff.

The Athletics were able to sign Ben Zobrist and Billy Butler to headline a revamped offense. This was much needed, as they lost many household names and All Stars such as Josh Donaldson, Jon Lester, Jeff Samardzjia, and Derek Norris.

There have been some bright spots in the season, though.

Sonny Gray took a perfect game into the eighth inning on Opening day in a win, and has been stellar in his early starts this season. A’s enthusiast Kevin Stenvick(’15) will “be very surprised if he doesn’t win a Cy Young.”

“I think his success comes from his stirrups,” the senior says. “Those things are filthy.”

Kevin has faith in the rest of the roster as well, issuing a statement that he “believes in Steven Vogt.”

For the Giants, Chris Heston and Nori Aoki have been reason for optimism. Aoki is hitting nearly .400 in the leadoff spot, consistently having quality at bats. Chris Heston was called up from AAA Sacramento to fill in for Jake Peavy and has flourished since. Sporting an ERA under 1.00, he has solidified an otherwise suspect rotation.

Longtime Giants fan Hunter Hershey (’15) is confident in his assessment of Heston:

“He’s raw and I think he’s going to stick,” the diehard fan says, “I think he will take Peavy’s spot in the rotation until he comes back. Then he will take Cain’s place because he died or something.”

In reality, Matt Cain has been sidelined with a barrage of nagging injuries, which have taken longer to heal than expected. The Giants are really banking on him coming back to his workhorse form, as he was when he was the All Star Game starter in 2012.

One thing Giants fans can count on is the return of leader Hunter Pence. Sidelined with a broken forearm, his return is expected in the next several weeks. Hunter had some encouraging words on the topic.

“I wouldn’t really count us out until he comes back,” he says. “He might be the most valuable player to their team in the whole league.”

Predicting a 162 game season after two weeks is absurd, however, so Bay Area baseball fans have no need to worry yet. Their teams will hit their stride soon enough.