The Talon checks out the space between us, how it binds us together, and why it’s here to stay. One day I was sitting against the Senior Wall, eating lunch and gazing across the main lawn. People were walking around the grass and through the halls, peacefully making their way to where they had to […]

The Talon checks out the space between us, how it binds us together, and why it’s here to stay. 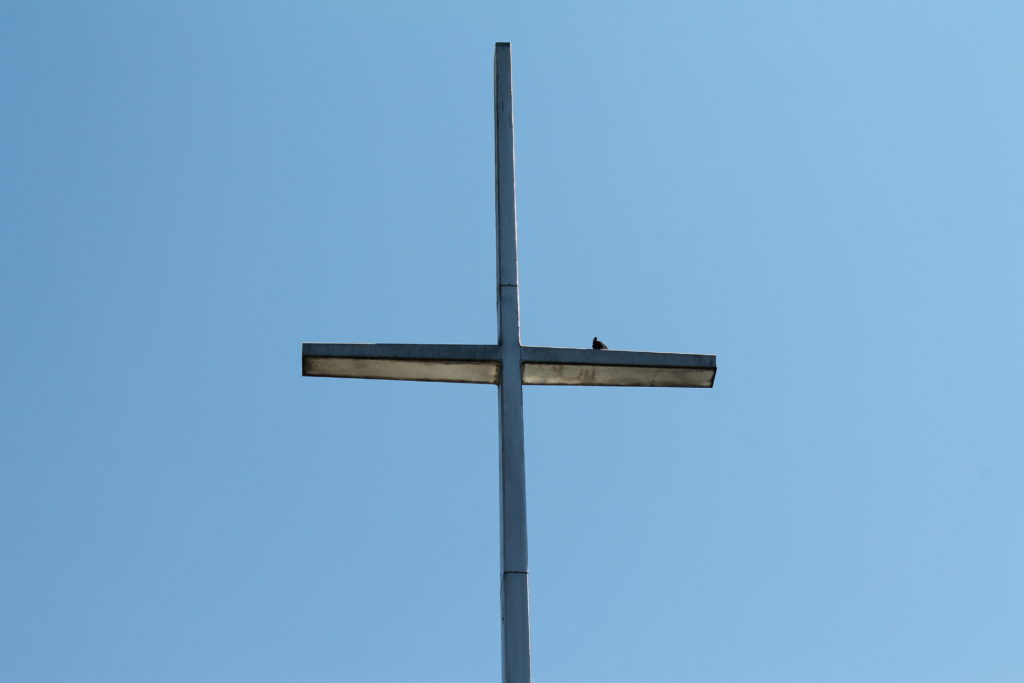 One day I was sitting against the Senior Wall, eating lunch and gazing across the main lawn. People were walking around the grass and through the halls, peacefully making their way to where they had to go.

And suddenly, a thought occurred to me.

That’s right, empty space. The nothing between everything.

It’s everywhere, all around us. We see it when we wake up. We see it every time we greet someone. We see it before we close our eyes to go to bed.

Through the hallways, in classrooms, on the basketball courts, in the basketballs, in your half full cup of water, right on top of that steaming hot pizza — empty space is everywhere!

This idea consumed me. I didn’t understand why we didn’t discuss it in any class or on any after school TV special. I mean it’s right there, all around us. I had to figure out what empty space is all about, why it’s everywhere, why we don’t talk about it, and what it means.

“I think that empty space is good…because it gives us room to do what we wanna do, to grow” says George Matthews (15).

These initial interviews were unsettling. Everyone I approached found themselves at a loss of words, stumbling over their half mumbled responses. I could see fear in their eyes.

Where did this stigma about empty space come from? Where could I find the answers?
That’s when I decided to talk to physics teacher and explorer of the secrets of the universe Mr. Kevin Van den Bogert.

“Space can never be empty — there’s always something,’” says the physics teacher. “So the universe itself is composed of matter. Although some of that matter can be seen, the vast majority of it is dark matter.”

“But even in the absence of dark matter there’s baryonic matter, baryonic particles… So we have these subatomic particles that are zipping through the universe, even in empty space.”

Dark matter takes up most of the space in the vast universe, though it’s impossible to detect. We only know of its existence by deducing what it isn’t and attributing the mysteries of the corners of our universe to its presence.

But our universe is a finite thing, a phenomenon still expanding. So what lies at the end of the universe, that space where it has yet to expand into?

There is no way to reach outside and see what lies on the other side, and that’s where the idea of alternate universes makes sense to the scientific world. But we can’t prove that there are or are not alternative universes.

But what could lie on the other side?

But whether or not there exists a space in the universe that is truly empty is beside my point.

I’m not talking about what we see, touch, or hear, but the thing that affects those things.

“Let’s say you’re walking down the hallway and there’s this really cute girl coming down the other way and you might just walk right on by, just you two in the long hallway,” Bogert tries to explain. “But if you choose to interact, maybe you go on a date, that weekend. And so now you’ve changed the trajectory of time and space that you inhabit all by disrupting space.”

Sounds like empty space is pretty important. It’s the playground for reality, it’s where everything takes place.

Every giant music festival that you go to, every wind that rushes through a tunnel, every tunnel, every movie scene — it all takes place in empty space. Heck, that’s where everything at Christian Brothers High School takes place.

“I think the unknown [empty space] is a little scary for everybody, but that’s not reason for us to be scared,” recalls Hunter.

So don’t be afraid of empty space. Don’t quiver in fear of that which consumes you.

Rejoice in the truth that empty space is your space, just for you. Every tear that rolls down every cheek occupies space that was at one time empty. Every cop car that chases you down the highway cuts through empty space. Every meatball sub you eat is a part of this epic landscape, this epic, empty landscape we call life.