You are here: Home \ Community \ Featured Posts \ Not So Saved By The Bell
Community
0

Not So Saved By The Bell

Ring, ring, ring! The Talon tackles the timeless question of tardies. It’s Monday morning, your alarm did not go off and from the moment you woke up your heart has been pounding, pumping with the fear of getting to school late, being marked tardy, and getting detention. You try your hardest and give it your […] 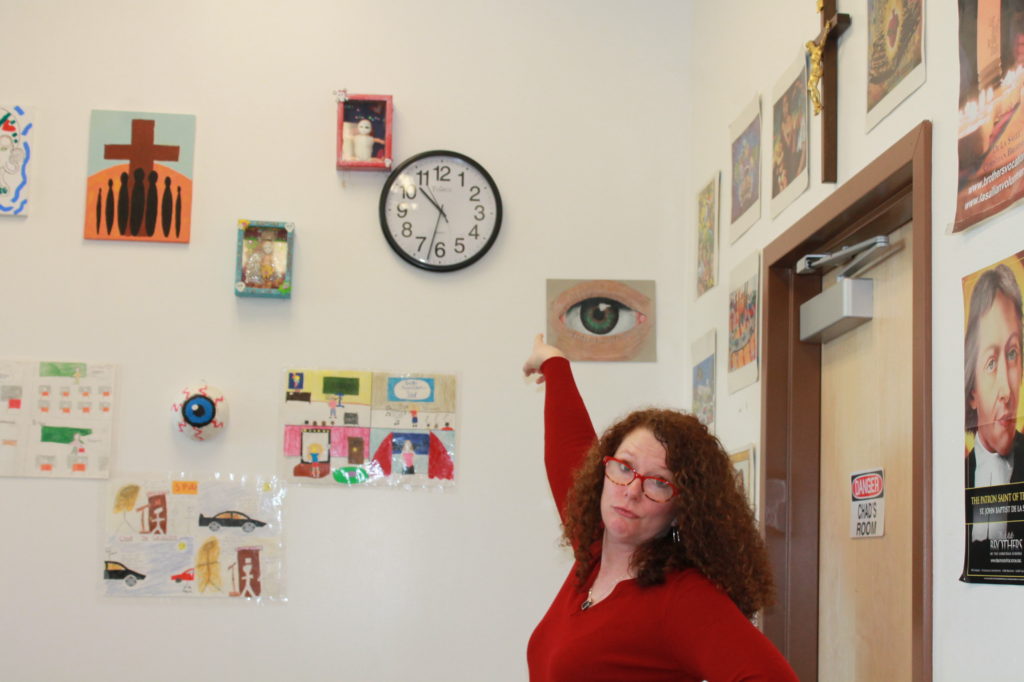 It’s Monday morning, your alarm did not go off and from the moment you woke up your heart has been pounding, pumping with the fear of getting to school late, being marked tardy, and getting detention.

You try your hardest and give it your all, but traffic, stop lights, the weather — all of it is against you. You don’t make it to school on time and your fear comes true. The bell rings before you can walk into class.

You are not so saved by the bell.

Here’s the thing: you had no intention of getting to school late. You honestly could have made it school on time had it not been for factors outside of your control.

But the rules! The rules say that no matter what, if a student is not in their desk by the time the bell rings they should be punished with a tardy, and if this occurs more than twice they should serve an after school detention.

Co-Dean of Students Mrs. Cecilia Powers explains the reasons behind the strict enforcement of the constitution that governs Christian Brothers High School.

“Some teachers feel very strongly that holding students accountable for being on time is an important life lesson,” she claims. “Because that is [the students] job to be at school, on time.”

So essentially, the tardy policy not only benefits the teachers, but also the students. The students are learning that in the real world, specifically in the working world being late is unacceptable.

“When I was a freshman I was always late in the morning because my parents were driving me and so it was pretty much out of my control and I always thought that was so unfair.”

Is it fair to be punished for something that is outside of the control of the students? In theory, the parents who drive their unlicensed Falcons to school should get the tardy.

As a senior, Briana drives herself to school, but still their are things that are out of her control.

“I leave the same time every morning, but sometimes traffic is really bad and I get to school late on a Monday when I had every intention of being at school on time,” says Briana.

Despite the intention of being on time, Briana is one of many students that are marked tardy in the morning. Mrs. Powers has noticed this trend as well.

“Overwhelming, there are many more tardies to the first period of the day,” says Mrs. Powers.

There are factors like traffic or bad weather that truly do impact a students chance of getting to school on time. The major question that should be taken into account is, should these factors be considered when taking attendance.

“I think that teachers are human and they have slight variations on how they apply the rules,” Ms. Powers says.  “And that’s mostly okay because there are situations that occur on the spot that teachers have to make the call on.”

These discrepancies that Mrs. Powers is referring to are major complaints among the students.

Student one never gets punished for being late, but student two has to serve numerous after school detentions. This discrepancy is not only unfair to the students but also creates a divide among teachers.

So, what is the solution? Should there be a two minute grace period? Should the traffic patterns of each highway be looked at every day by the administration and tardies be enforced based on these patterns? Or should students simply be held accountable for their untimeliness?

For now, and maybe forever, students will be held accountable regardless of uncontrollable circumstantial events. Sorry fellow Falcons, but we are not so saved by the bell.