You are here: Home \ Community \ Featured Posts \ Your Part Of Town Against Mine
Community
0

Your Part Of Town Against Mine

TGI Friday’s. Tract Housing. Parochial Sports Leagues. Welcome to the Suburbs.  How do you write about growing up in suburbia without the bitter undertones? It’s hard not to be spiteful when all the houses blend together and the closest coffee shop is a drive-through Starbucks with an unparalleled view of the Highway 80 on-ramp. Truthfully, […] 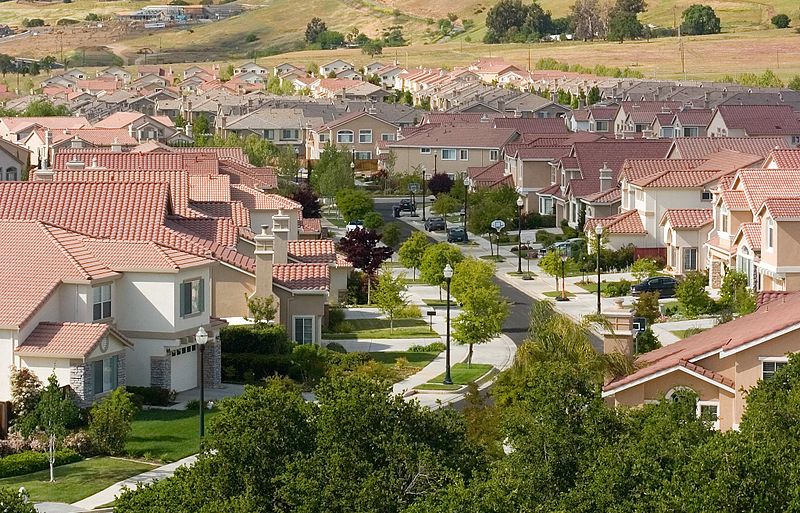 How do you write about growing up in suburbia without the bitter undertones?

It’s hard not to be spiteful when all the houses blend together and the closest coffee shop is a drive-through Starbucks with an unparalleled view of the Highway 80 on-ramp. Truthfully, there are more times than not that I feel like grabbing the keys and leaving for good.

The way I saw it, there are two kinds of people — the bitter ones and those who haven’t experienced suburban living firsthand.

Living in Citrus Heights, I’ve had my fair share of suburbia, and I haven’t known much else. In fact, it wasn’t until I arrived at Christian Brothers that I met people who have actually never been to Wal-Mart.

But with Sacramento being a big sprawl, not every student lives in Land Park or East Sac. Many students live in the ‘burbs, from Elk Grove to Carmichael to Roseville.

For Elk Grove inhabitant Sophia Bird (’15), it’s hard to find anything worthwhile in her lifeless city.

But it would be unfair to say that suburbs don’t have a personality of their own, in spite of the shopping malls, chain restaurants, and artificial ponds. There are a fair share of people who are perfectly content living in their comfy suburbs.

“I enjoy living in the city of Roseville” Mr. Rolf Schumann says. “It’s a quiet place to live. It’s nice to have a break from everything for awhile. The traffic to get to CB is bad though.”

Though suburbs offer a a break from the hustle and bustle of city living, the biggest pitfall to the suburbs is the lack of spontaneity, heterogeneity, and personality that you’d normally find in a concentrated city.

Don’t get me wrong – big cities also have their own unappealing attributes. There’s something extremely deceptive about staying in a city for too long. The comfort of an intimate setting can feel lost at times, and though many are content in the anonymity of a big city, it can be a struggle to wade in the sea of faces and flickering lights day in and day out.

Cities weren’t designed to give you a moment. And if you aren’t stuck in stop and go traffic, It’ll probably feel that way. I suppose if Suburbia has given me anything, it’s the knowledge that something greater is beyond me just within my reach, but I’ll always have a comfortable neighborhood to go back to.