Don’t tell optimistic Oakland Raiders fans that they have one of the worst teams in the league.  If you have ever talked with an Oakland raiders fan, you have heard the phrase: “This is our year” more than once. In fact, Raiders fans have all but trademarked the statement that backs their crazy and unique passion for the organization. And yet, […]

Don’t tell optimistic Oakland Raiders fans that they have one of the worst teams in the league. 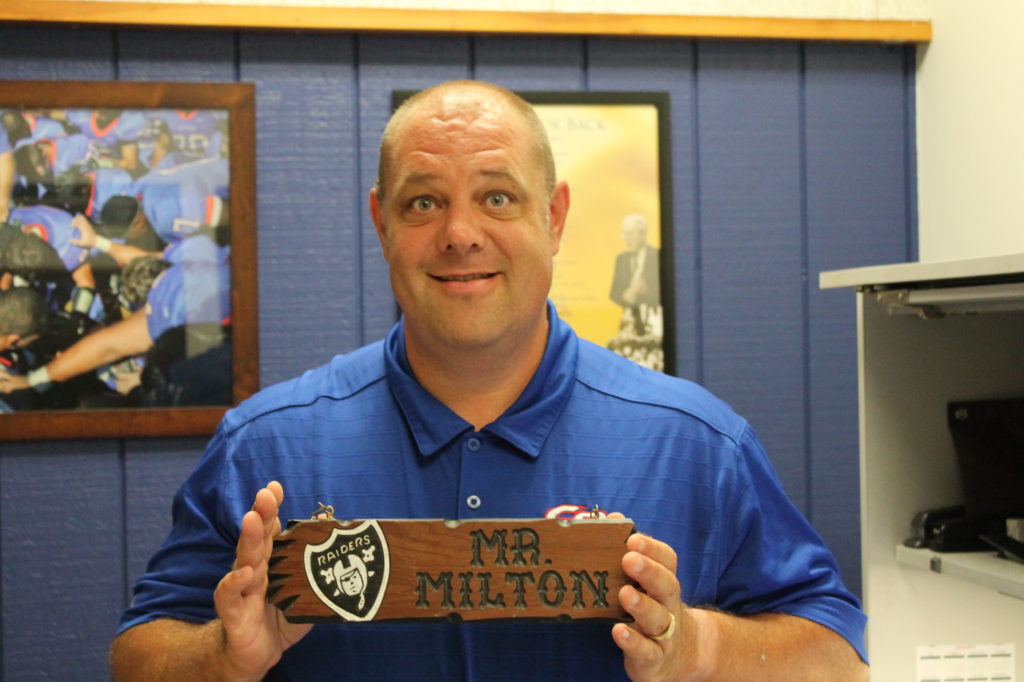 If you have ever talked with an Oakland raiders fan, you have heard the phrase: “This is our year” more than once.

In fact, Raiders fans have all but trademarked the statement that backs their crazy and unique passion for the organization. And yet, year after year, those Raiders’ fans see themselves sporting the same optimistic phrase with the same conviction and confidence.

For having the worst record in the NFL since 2003 (53-123), the Raiders fan base continues to proudly wear the silver and black to show homage and support to the only team the see relevant. The raucous and decorated fan base has been labeled “Raider Nation”, which is considered by some to be the most loyal fan base there is.

Although it has been over a decade since Oakland’s last winning season, fans are always optimistic and ready for the turnaround the organization has been promising for 10 years.

Christian Brothers High School is home to hundreds of students who love to support their favorite professional sports teams, so finding a Raiders fan somewhere on campus isn’t exactly like finding a needle in a hay stack.

Tariq Richardson (’15) was born into a family of loyal Raiders fans and since that day he has been apart of Raider Nation.

“My family have always been big Raiders fans. I started watching their games at age three,” he says. “At first I was just drawn to their jerseys, but I also came to appreciate the way the played the game.”

For the last 11 years, there has not been anything to be excited about as a Raiders fan, but don’t think that anyone who claims they are a loyal fan would jump ship any time soon, no matter how tempting it seems.

“Every year I believe in the rebuild they promise and I just have to trust in the organization to turn it around,” Tariq says optimistically. “Until then, I will remain a loyal fan and will love the Raiders no matter how bad we are.”

Fellow member of Raider Nation, Madison Winn (’15) also grew up in a Raiders household where he heard about all of the great moments and legends from his parents.

“My mom and her siblings had season tickets to the games as kids during their glory days in the late 70’s. So I grew I grew up hearing all about the famous legends such as Kenny Stabler, Cliff Branch and Fred Blitnekoff,” he says proudly. “Here I am a proud member of the silver and black — you could say I am committed to excellence.”

Oakland fans know what to expect these days in terms of wins and competitiveness during this seemingly neverending rebuilding process, so staying optimistic and joyful is how the Raiders fans get from week to week.

“I have to remain light heartened and optimistic, when something bad or embarrassing happens you just have to laugh because that is basically what is expected,” Madison says jokingly. “And I would also like to add that I truly believe everyone is born a Raiders fan, they just don’t always know it.”

Connor Hankey (’15) is never shy to admit where his heart lies, nor does he lack any confidence in the Raiders year after year.

“Loyal fans always stay devoted and before each season I always say ‘We are going 9-7 and this year we are making the playoffs!'” says the enthusiastic fan, without missing a beat.

It may not be the wins or the trophy case that keeps the Raiders fans loyal and optimistic year in and year out, but the Raiders possess something that keeps these fans coming back to watch them even when defeat is all but certain.

“For me, it’s the exciting fan base that the Raiders have that keeps me interested,” Connor says nostalgically. “But I also enjoy thinking we will be good and then being let down every year.”

I have always said, it is easier to hate the raiders than it is to support them, or at least it has been in my life time. Deep down, I think everyone truly wants the Raiders to be relevant again, a team with such great and exciting history needs to give back to the fan base that has never left their side through horrible times.

The way I see it,the Oakland Raiders are simply paying their debt to society and will soon reclaim there seat atop the AFC where they have been in years past, where they rightfully belong. But in the meantime, don’t expect their fans to go anywhere, because whether they have two wins or 12, Raider Nation never quits.