Christian Brothers Giants Fans are fired up for the postseason. The San Francisco Giants have had a tumultuous roller coaster of a year with extremes on both ends of the spectrum. The team went from having the best record in baseball to barely scraping a spot in the National League Wild Card Game. After beating […]

Christian Brothers Giants Fans are fired up for the postseason. 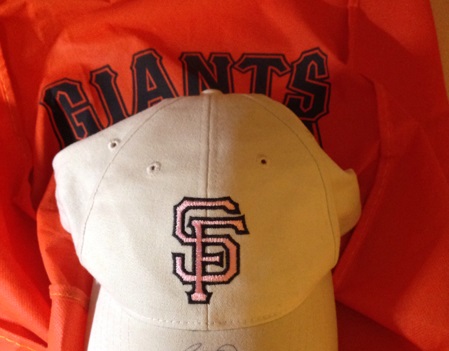 The San Francisco Giants have had a tumultuous roller coaster of a year with extremes on both ends of the spectrum.

The team went from having the best record in baseball to barely scraping a spot in the National League Wild Card Game. After beating the Pittsburgh Pirates, the Giants ended up in a close battle against the Washington Nationals before prevailing in four games.

The Christian Brothers campus contains a multitude of Giants fans ranging from staff to students, and they have all been anxiously waiting for the Giants’ return to the postseason.

From their past few games against the Nationals, the Giants seem to be on an upswing that will hopefully bring them out of the nosedive they were in mid-season.

Mr. Brendan Hogan (’95), a hardcore Giants fan, is optimistic about the remainder of the team’s season.

He was “really excited” about securing the wild card spot and the games against the Nationals.

“You can’t count the Giants out, they haven’t lost an elimination game in the playoffs in the last 5 years,” he says.

Not to mention that within those five years, the Giants have managed to make it to two World Series and to win both times.

In terms of the postseason, Mr. Hogan believes that “winning is all in pitching and defense” and that the Giants are “not rattled by the pressure, even from a hostile crowd”.

Although the series was a tight one, the Giants had some stellar moments such as Madison Bumgarner pitching a complete game, an 18 inning game resulting in a big W for the Giants, and Brandon Crawford hitting the first short stop grand slam in playoff history. Like Mr. Hogan said, the Giants are not to be counted out just yet.

Another member of the administration, Mr. Rolf Schumann, was “ecstatic” about the Giants clinching the wild card spot.

He was a little hesitant before the game because of the outcome of the A’s game, who ended up not making it. Once the Giants were up 4-0, however, he was able to “relax and think ‘oh this game could already be over'”.

Mr. Schumann thinks that the Giants could potentially still make it to the World Series because “they do have some key people in place”.

He knows that the losses of Angel Pagan and Michael Morse have been felt, but thinks that lately, the team has been “managing without them.”

Like Mr. Hogan, Mr. Schumann emphasizes on the importance of a strong pitching line-up. He sees potential in pitchers such as Yusmeiro Petit, Jake Peavy, Bumgarner, Ryan Vogelsong, and Tim Hudson. Even though they have all been a bit “hit and miss lately”, according to the vice principal, they’re still “great players.”

McKenna Decker (’16) was glad they won the wildcard as well.

She assumed correctly that the Giants would come out on top in the Nationals series because they are an “every other year team” so she predicted that the team would make it into the post-season.

“This is the year of the Giants. They were the underdogs in the series against the Nationals and came out on top, so this could be a major step towards winning the World Series,” McKenna says.

Many fans doubted that the Giants would make it this far into the post-season and their run isn’t even over yet.

The World Series is fast approaching and the Giants have not shown any signs of slowing down. They seem to have finally found their footing amongst teams, who on paper, are ranked better than they are.

If they continue on the path they’ve been traveling, they may surprise us all with outcomes due to their dedication and determination.