This sophomore sensation opens up about his journey to being a YouTube icon. “Hey guys!” a screen blares, displaying the username YoBoyTak. Chris Tak’s  (’17) image conquers the screen a few seconds later as he says, “Today, I’m going to talk to you about…” Tak, one of our many talented Falcons, is a YouTuber by trade. […]

This sophomore sensation opens up about his journey to being a YouTube icon. 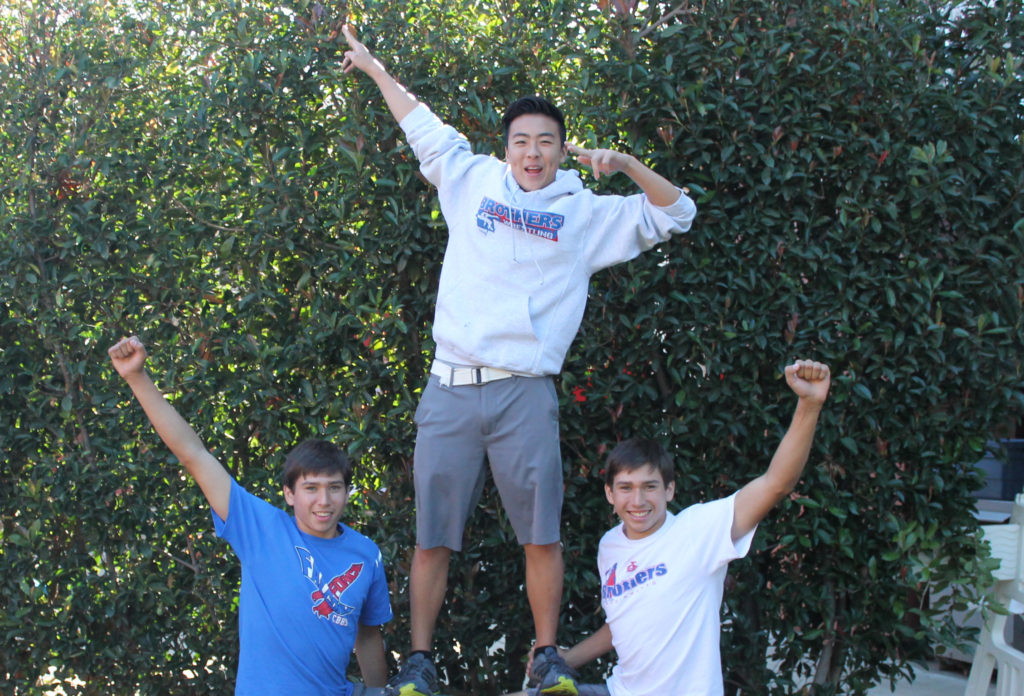 Chris Tak’s  (’17) image conquers the screen a few seconds later as he says, “Today, I’m going to talk to you about…”

Tak, one of our many talented Falcons, is a YouTuber by trade. Like many of the youth if the 21st century, Chris turned to the great hub of YouTube to learn and entertain. Inspired by YouTubers such as Wong Fu Productions and Ryan Higa, Tak takes a humorous approach to his videos.

His content consists of sketches and vlogs, or video blogs. Like YouTubers such as Jenna Marbles and Tyler Oakley, Tak employs vlogs to develop a personal relationship with his viewers while he entertains them.

“I started on YouTube when I was twelve,” Tak grins. “I watched a lot of videos, and it seemed like a lot of fun.”

However, there are challenges to upholding a YouTube channel. Those who are a part of the YouTube community generally film, edit, and promote their videos themselves, as well as uploading content on a timetable. Tak is no exception.

“It’s really challenging to edit, because I produce the videos on my own,” Tak admits. “I usually have to edit things in a day because I have to post things on a weekly schedule.”

Tak learned to edit on his own, but “since it was something he enjoyed, it was not that hard.”

Another challenge that every new YouTuber faces is the gathering of an audience. Once a channel sparks interest in a varied population, it is generally able to grow in popularity through word of mouth and social media.

Tak’s current viewership consists of 212 subscribers, about 80% of whom are teenagers. Tak employed social media in order to gain subscribers, as well as collaborating with other YouTubers to share audiences.

“When I started off, my viewers were mostly my friends,” says Tak. “My parents found out about my presence on YouTube because they heard me talking to myself in my room, and then, all of a sudden, my aunt started quoting my videos.”

“It’s definitely weird,” he continues, “But [my parents] are cool about it.”

Tak’s feedback has been very supportive so far. His parents and friends stand behind him, and he has not received negative criticism.

“I’m not famous enough for that, yet,” he jokes.

This year, Chris Tak went to VidCon, a gathering for those who produce online videos.

“Everyone loved YouTube, and I could talk to anyone about anything,” he says of the event.

While being a YouTuber is fun, it does have its challenges. Tak believes that, in order to start strong, one must “learn the basics, like how to set up your camera and edit.”

It’s also important to “watch other videos beforehand.” Vlogging is often a challenge because new YouTubers tend to look at themselves in the viewfinder instead of looking into the camera lens, resulting in a disconnection between the viewer and the speaker.

“I imagine someone being the camera, and stare them down the entire time,” says Tak. “Eventually, it becomes a habit.”

Tak’s final words of advice are to “make a couple videos before you post them so that you’re already experienced.”

Such preparation has certainly benefited Chris Tak on his YouTube journey. His viewers find Tak captivating due to his quirky humor and video content. They are also drawn in by Tak’s drive.

Ben is not alone in his admiration for Chris Tak. Josh Brouwer (’16) believes that Tak’s videos have another pull.

“They’re so relatable, and he’s really funny,” says Josh. “I think that people keep watching Chris because he talks about things that people can understand, like high school.”

Viewers will be disappointed to know that Tak is taking a hiatus for the wrestling season. Both of the Brouwers agree that Chris “needs to post videos more often.”

Often, when people fail to produce, loyalties will stretch thin. Will a hiatus effect Tak’s viewership?